Officer of the Great War

This is a subaltern (2nd Lieutenant) of the King's (Liverpool) Regiment. He looks very smart and is obviously fresh out of the box. Unfortunately, I don't know anything about him and am just posting it because it is a good photo taken in Bootle but if anyone could identify him....
Top 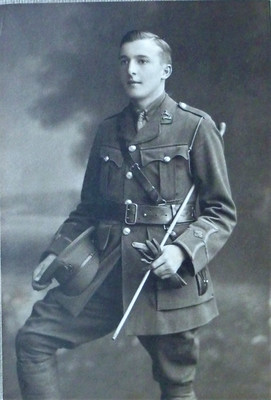 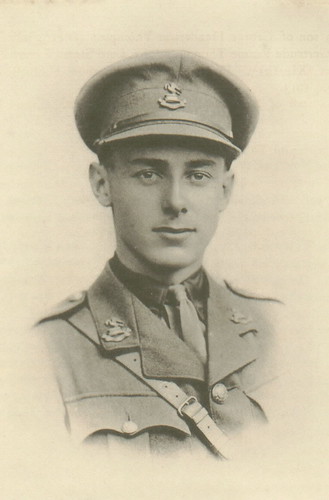 You might have something there. A later photo perhaps - his cap has lost its crispness. Thanks, Bob.
Top

Great photos Ian and Bob, and a very good find from you Bob.

Ask Kathy Thompson on Liverpool History Facebook site or Joe Devereux of the Kings Regt site at Pier Head or the Genies on WW1 site on Rootschat.
Last edited by ALAMO2008 on Sun May 24, 2020 9:56 am, edited 1 time in total.
Top

This is a subaltern (2nd Lieutenant) of the King's (Liverpool) Regiment. He looks very smart and is obviously fresh out of the box. Unfortunately, I don't know anything about him and am just posting it because it is a good photo taken in Bootle but if anyone could identify him....

I have found that Needle in a Haystack.!

31 August 1914 he enlists into the 17th Pals King's Liverpool Regt as a Pte.
He was 5 foot 8 inches in height
Weighed 133 IBS
Chest 37 and a half inches
Brown Eyes
Hair Brown
Religion was Church of England

On 30 July 1915 after 334 days he was discharged to attend Officers Training Course.

"On 3rd September 1916 now a 2nd Lt in the 12th Btn of the King's Liverpool Regt zero hour was set for 12 noon for the attack on Guillemont throughput the previous day the 2nd British Guns had shelled it violently.
At 9 a.m. the 12th Btn moved forward to Assembly Trenches east of Bernafay Wood
At 8.25 p.m.Brigade HQ received a message that two companies of the 12th Btn were holding the line in Trenches south east on Ginchy
The 12th Btn had lost 187 men of all ranks after being very heavily shelled and those remaining were relieved at 5.30 a.m. on 5th September 1916 Guillemont finally taken by us on 5th September by the blood of gallant men."


Aged 20 2nd Lt. George Eric Thompson of the 12th Btn King's was one of those Casualties and his body never found.

His parents of The Barn, Formby were notified and his Army Pay, Pension sent to them.

He was already on our site Administrator just confirmed with a little info which will now be updated.

Thanks very much, Alamo, a very fine biography. I have to say that I'm not 100% convinced that Thompson is the chap in my photo - the eyebrows look different - but it is close. Interesting that an officer in the 12th Bn is wearing the 'ruptured duck' badge of the Pals' rather than the rearing horse of the LKR.

An aside - my grandfather (a shunter with the MD&HB and living in Seaforth) was conscripted into the Border Regiment but, after completing training and having been shipped out to France, he was booted into the 1/5th Kings!

Your photo was taken upon his transfer as a 2nd Lt. to the 12th Btn King's Liverpool Regt hence the Horse of Hanover Badge


Regarding your Granddad being Conscripted into the Border Regt.

This happened alot once Conscription came in during 1916 you didn't have a choice what Regt you wanted you Enlisted into a Depleted Regt.

Some of my Relatives coming of age in 1916 were Conscripted into the Scottish Seaforth Highlanders.
Top
Post Reply
12 posts • Page 1 of 1