During the May 1941 Blitz I lived at 67 Miranda Road where we received a direct hit by a bomb which failed to explode,.

I recall it was the first house in Liverpool and situated between Olivia and Rosalind Streets but I see from maps on the internet that Rosilind Street seems to have moved from there. Am I mistaken?
Top 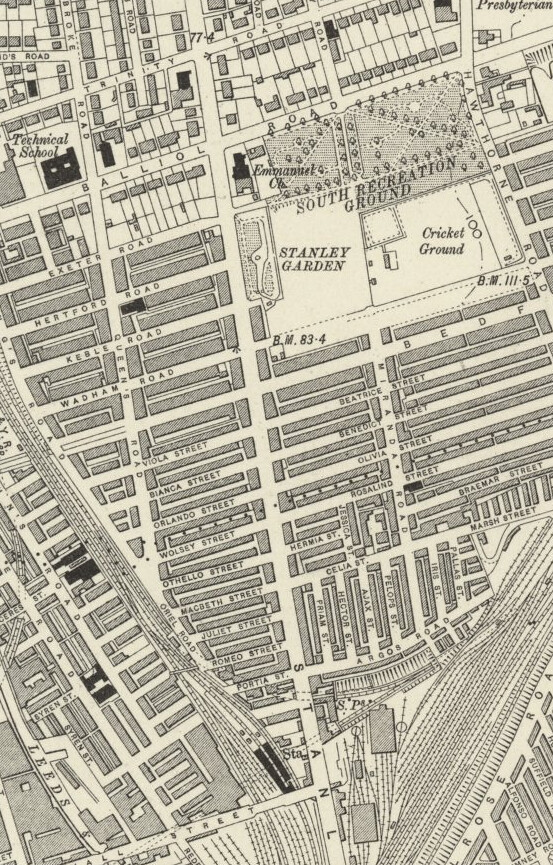 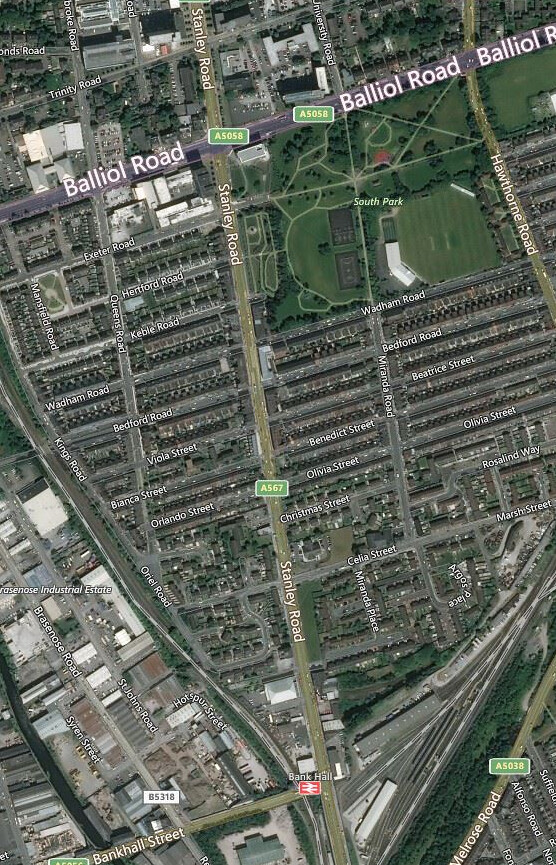 1. The bomb didn't detonate and
2. I haven't lost my marbles.

You are a gem.
Top

..are you sure Ernie

Bob to the rescue again.

Sure about number 1 and knew the blitz had all but obliterated Rosalind Street around the corner but didn't realise they had actually blown it away completely. 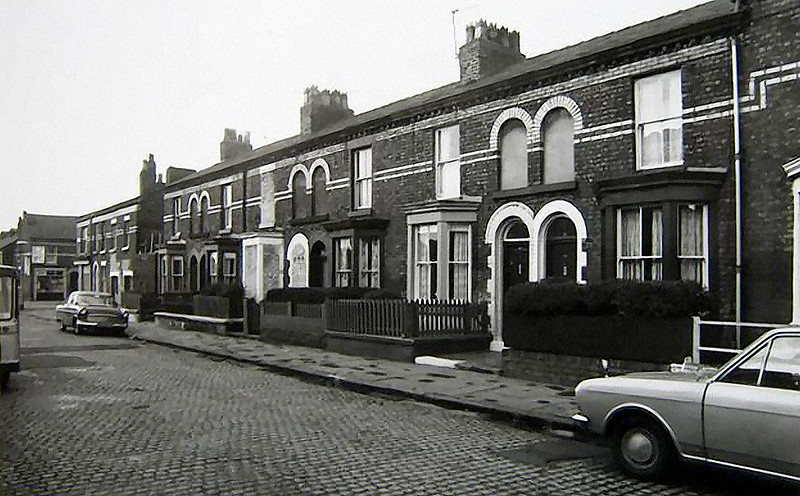 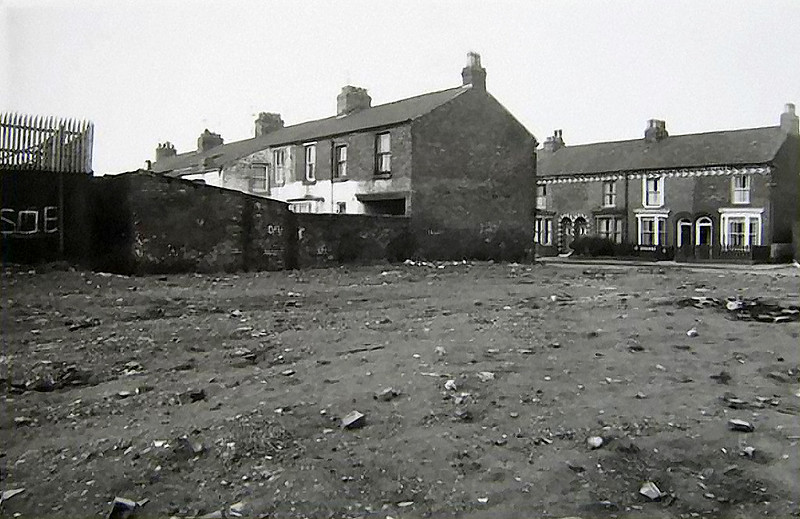 The last time I saw that debris area was in May 1941 when it was a smouldering pile of rubble of where living neighbours had been just a few hours before. The rubble, burst sewers and gas mains, made the street almost impassable and I cant repeat here the things we found. The smell was overpowering. It was only about a hundred yards from our back yard.

There were never any pictures of the immediate aftermath and later photos will never, ever, show how it was.
Top 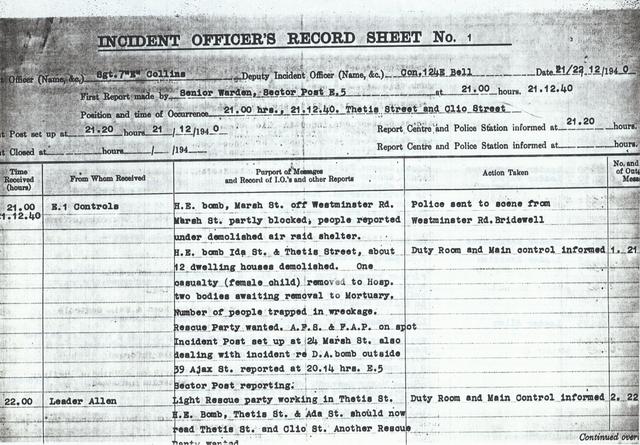 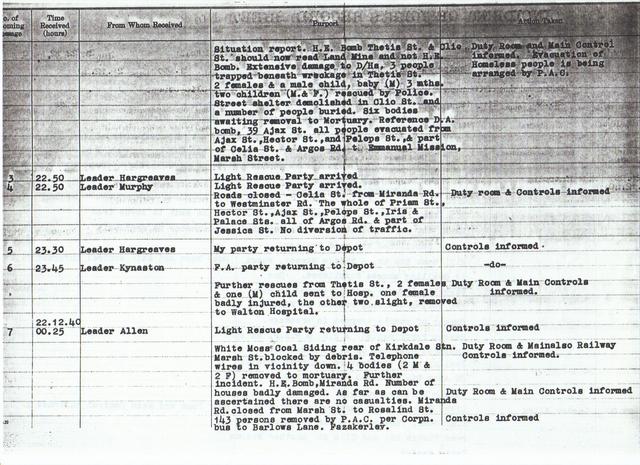 This event just before Christmas 1940 set off a series of events that led to my creation and me writing this now.

Mum aged 15 lived in Malcolm Grove off Marsh Street with her widowed Mother.
Mum's elder Sister Florence lived at 24 Marsh St where her first son Donald was born in 1935
Because Mum was rehoused to a different part of the City she met my Dad at the bus stop there most days and the rest is history as they say.
Top 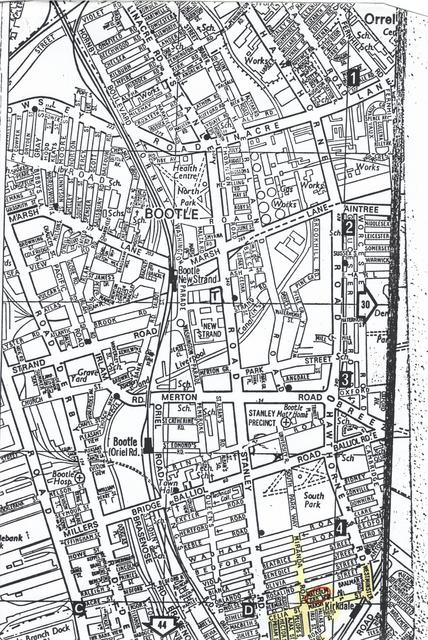 All the streets in Bootle were cobbled and there were always two or three bonfires in every street each November. . Tarmac streets put an end to that.

Also, on looking at the maps of Bootle/Liverpool border (before and after) it shows more than just Rosalind Street has vanished. Braemar Street to name just one.

Looks like the area has been redeveloped from residential to industrial?

Anyone know why this was? Maybe Hitler was responsible?
Top

That area is still residential - they just tweaked the streets a bit as they rebuilt.

As for Braemar Street, it's still there but very much shortened - it's a cul-de-sac next to the Peacock pub.

New member here. I was born in Anfield, but my Dad's family were Bootle born and bred and in particular lived in 10 Rosalind street up until 1935 when my granddad died, and nan and 3 sons (including dad) moved to Anfield. My G Granddad was called "Samuel Rumble" who was a traction engine driver and steam crane operator employed by "Edward Box and sons" who died putting up the bridge across Vauxhall road for Tate and Lyle's in 1924.

I realise this thread is over a year old since the last comment, but just thought I'd mention something that might interest others here for future reference.

With this section being an historical thread I wonder if any of you know of this website.

It allows you to see really VERY good historical maps from all parts of the UK, but the link I've provided is for a 1:500 scale map of Liverpool including Bootle from 1891. If you look down the left hand column you can browse other maps but be aware of the scales.... some are 1:10000 maps which are more decorative than useful. I find the 1950 1:1250 scale map REALLY useful because it even numbers the individual houses. If you want to look at other areas go to the home page and search the "gazeteer", the interface is a little "clunky" but its all good stuff.

On the 1950 map you can see that on Rosalind St from Stanley road to no 41 were torn down after the war due to bomb damage and what looks like prefabs put up in their place. It also looks like the 2 blocks bounded by Stanley rd, Rosalind, Jessica and Celia streets were totally wiped out and prefabs again put in their place. Its quite easy to spot where the smashed houses in the victorian gridiron streets were replaced after the war.

Looking further up in the thread, those bomb reports from "alamo2008" are fantastic, where does he get them from? Love to see more of them.

Cheers for the great site, I'll be looking through these threads for a good while to come.

Thanks so much for posting and welcome aboard our Bootle Forum.

all the liverpool Rumbles 1938 all close to me

Bob, you are an absolute star, always ready to help

Thanks for the warm welcome all.

Great response, especially the Rumble listings off Bob. Yup you got all my great uncles there, Charlie, who was a motor bike racer of some repute, he used to have a bike shop behind the royal hospital until the 1970s he's long gone but apparently some of his descendents are still in the bike racing scene, and live around Maghull and Ormskirk. George and William were both wagon driver / mechanics. They all lived in Rosalind St until at least the 1920s, Sam himself passed away in 1924 at the time he was living in 54 St John's Rd, opposite St Paul's church..

Can I ask Bob, where did you get those listings you put up? Are they from a Gore's or Kelly's directory? Not sure I've seen them before and do appreciate your time and effort.

I do a bit of family research (only hobby level, but i'm reasonably good) If anyone has any questions, I'll give em a quick coat of "looking over" when I nip on occasionally. Sam Rumble steam crane at tate & Lyle's ( I know its not Bootle but thought it might be interesting.) Sam at the docks. Sam on the Goree piazza 3 of the the young lads are George, Charlie and Willy who Bob listed on his post above. Great photos Pete and a bit of history I have a bit more info from the directories 1891 ,1900 have you done your family tree off the mormons site at the moment not to mobile so am only using my iPad I found 2 samuels both engine drivers KEndrick st seaforth and Rosalind st 1900 most of my info sites are on my main computer but will get back to you. Bobhamo
bootle born altcar road
Top

In answer to Stan's lad question regarding the Air Raid Report and where I obtained it.
That in itself is a weird story of Fate and coincidence.
Having been born at 51 Balliol Rd in 1949 living in Ford till,
I migrated to Brecon with my job in 1977
Sometime in late 2002 a travelling Book Salesman left a supply of books at the Office Reception for the staff to place an order in time for Christmas.
The books varied in subjects from Gardening, Cookery, Children's Books and History.
One Large book was by the Imperial War Museum and was about World War 2 and inside some pages had pouches with inserts of actual I D Cards, Ration Books etc and a Typed Air Raid Report which didn't say where the Air Raid had taken place.
So there's me 62 years after the event that 22 Dec 1940 in my Office 150 miles and 4 hour drive from Liverpool reading this and recognizing the Street Names around Kirkdale station where my 15 year old Mum with her Widowed Mother lived in Malcolm Grove off Marsh Street.
This event of the Germans bombing Mum and Grandma just 3 days before Christmas was about to set off a chain of events that would lead to my creation and subsequently writing this saga.
Mum and Grandma were 2 of the 147 taken to Fazakerley and rehoused.
When I took up Ancestry Research I discovered my Mum's Elder Sister Flo married in 1935 and lived and gave Birth to my Uncle Donald at 47 Marsh Street.
My Mum and Grandma were billetted with an elderly couple in Spooner Ave who had spare rooms.
Grandma visiting her Husbands grave in Bootle Cemetery met a Widower who regularly visited his Late Wife's grave there.
In 1943 they Married each other at the Methodist Hall in School Lane Litherland and Mum moved to their new home in Gardner Ave, Orrell
Mum regularly saw a bloke from Park Lane at the Bus Stop on Watts Lane that she fancied.
She confided that to her new Step Sister who as it happened had been at school with him and so introduced him to Mum at the Walnut Tree during the Blackout in 1944 just before his posting to India.
When he returned in 1947 they married in 1948 at St.Phillips Litherland. and the following year I appeared at 51 Balliol Road

I never did buy that War Annual I just photocopied the Air Raid Report as the part relevant to my Life.

Sadly, my Mum had passed away in 2001 the year before this find in 2002
Showed it to Dad but he couldn't remember about it 5 mins later


Always thought I was in control of my own fate and destiny but when events like this happen it makes you question that logic.

By the way I have now forgiven the Germans for Bombing our Chippies and Mum !
Top
Post Reply
19 posts • Page 1 of 1