Ernie, thanks for sharing your memories of going away to sea as a boy how did you manage to spend all your wages in one go?

Thanks for your kind comments glad you found them interesting especially the HMS Conway posts.

I remember having just enough money for two dates (different girls) and a solo meal at the 'Willow Pattern' restaurant near Lewis's.

My 'going away to sea' was limited to being moored in the Menaii Straits.

Hi guys, this is my first post! got an e-mail of my brother 2010, my nephew who was in the navy found a site ' The ships list' in it he found an e-mail from a guy called ' B.HAROLD175 ' It read Any information on this ship,or list of survivors, we know she sank on the 9th June 1940 close to Andhoy Island. We have a manual containing poems on the night she sank written by Chris Williams stoker aboard H.M.S. VANDYCK. compiled in a prisoner of war camp.Stalag XB Marlag Sandbostel Germany. My brother and nephew looked into this and found out it was my Dad. We tried to find out where Bharold lived but got no info from @aol. As my dad past away in 1987 the family knew he was a Merchant seaman, but he never talk about the war years or he escaped from 2 prisoner of war camps and got back to Liverpool and rejoined the Merchant navy. His last one he got torpedoed on the Russian Convoy and put in a Polish camp till the end and the Long Walk. we also found out that 6 men from Bootle were aboard H.M.S. VANDYCK when she sank. their names were reported in the Liverpool Express but could not find their names. As for the poem's we knew my dad was a poet because after every trip he went on when he returned and ale throw the window party my uncle Jimmy always said ' He's a Poet and dos'nt Know it'. Would love to know where Bharold lived and who the 'We' are and do they still have the poems so the family could read them.
Top

Hiya Tony,
I've found the following info below, I hope this might be of help to you. 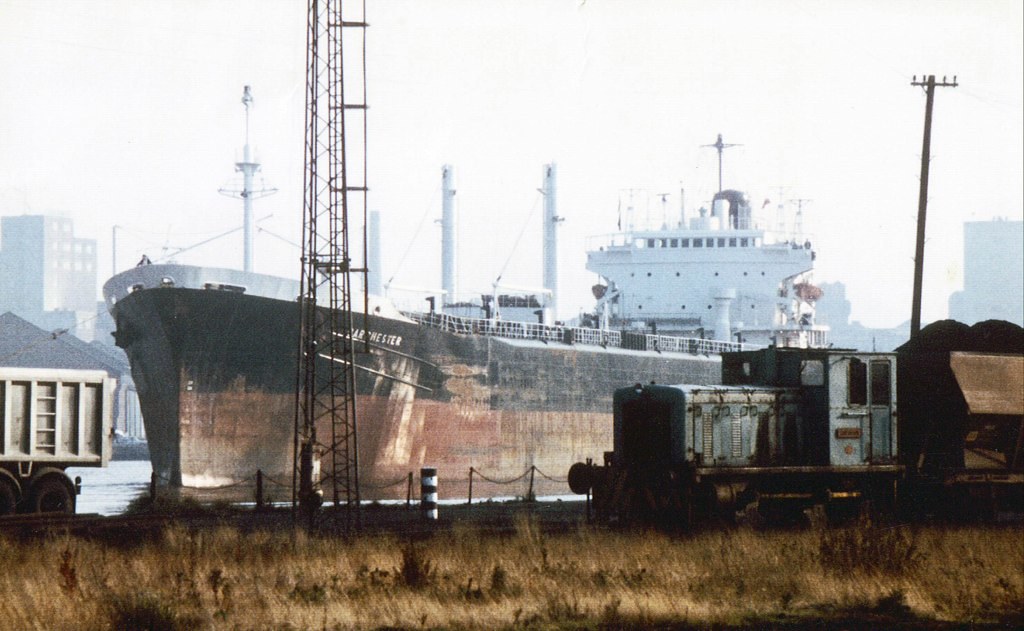 Mersey Mammoth on the Mersey, Entering the Langton Dock no date. 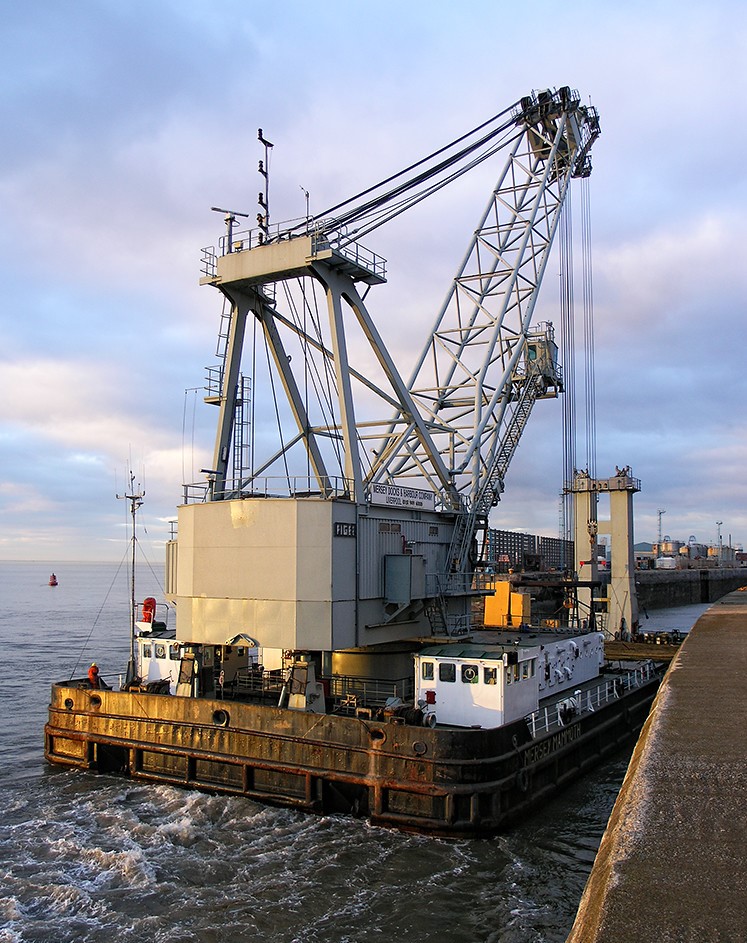 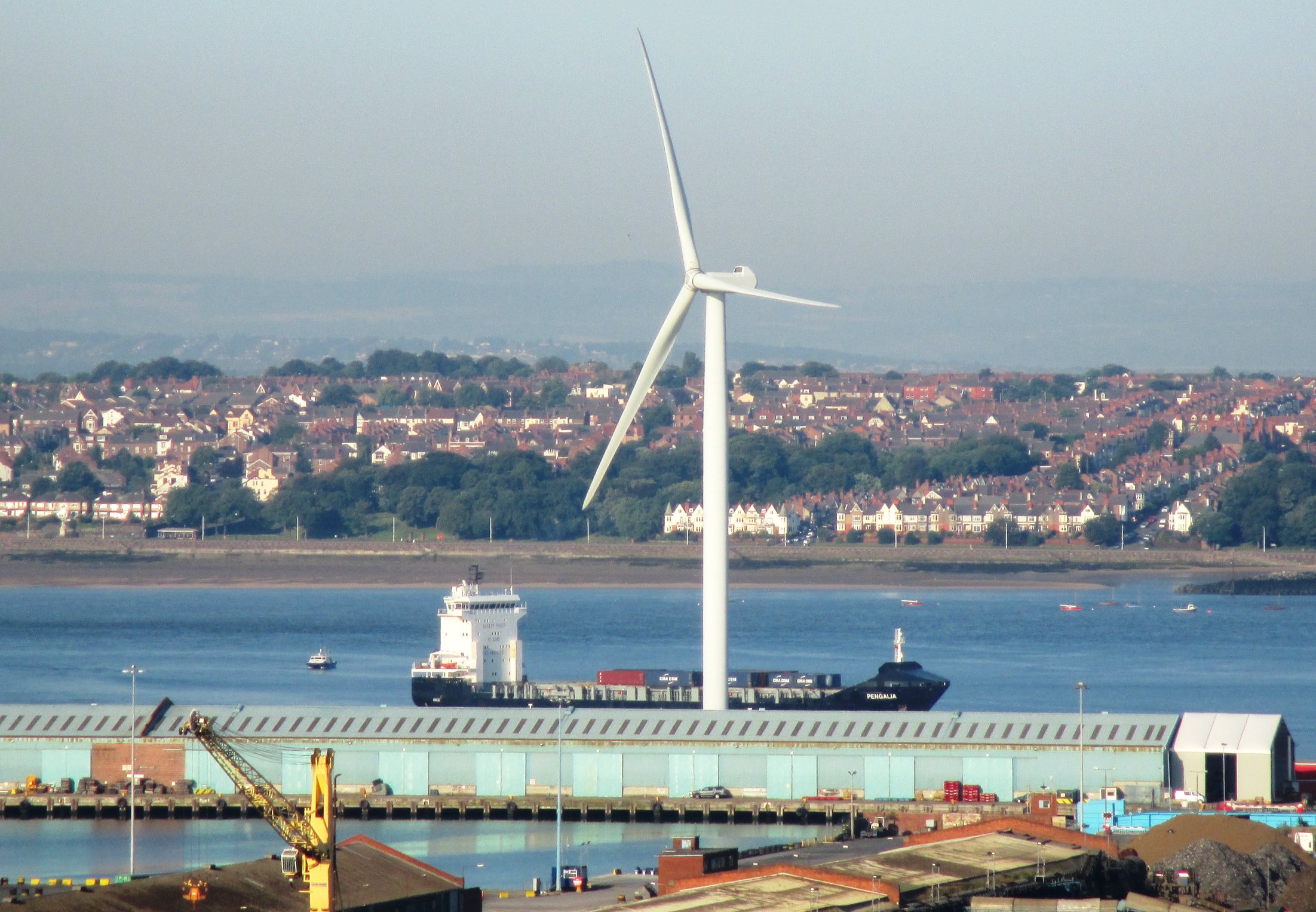 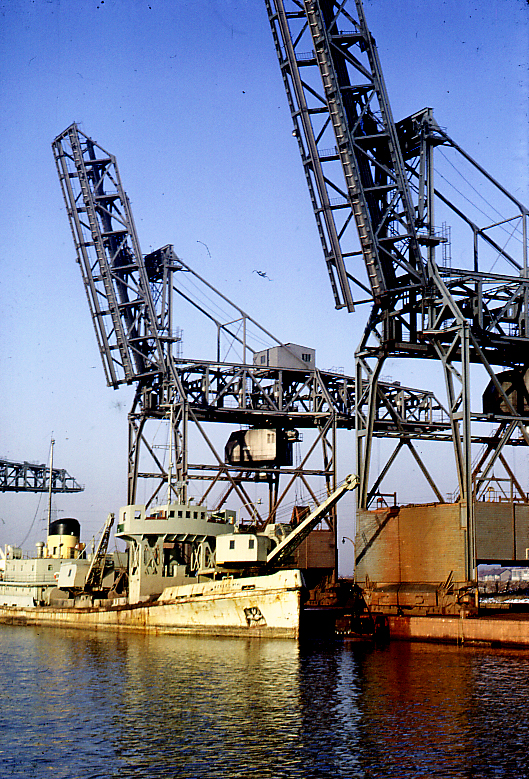 LIVERPOOL was built around its port, and, even though the docks have changed beyond recognition over the past generation, the city will always rely on its port for so much that is fundamental to its economic success.

That is why Sefton is securing cash aid for a vital dredging scheme for the Mersey must be welcomed by all who have the region’s best interests at heart.
The world’s shipping lanes are dominated today by an ever-growing number of cargo giants – post-Panamax vessels – that would be unable to visit Liverpool without the massive investment required to improve river access and port facilities.

Peel Ports have pledged to build a new £210m “in the river” terminal to accommodate these titans of the sea – but that was dependent on cash being made available to deepen the river bed by 52ft. 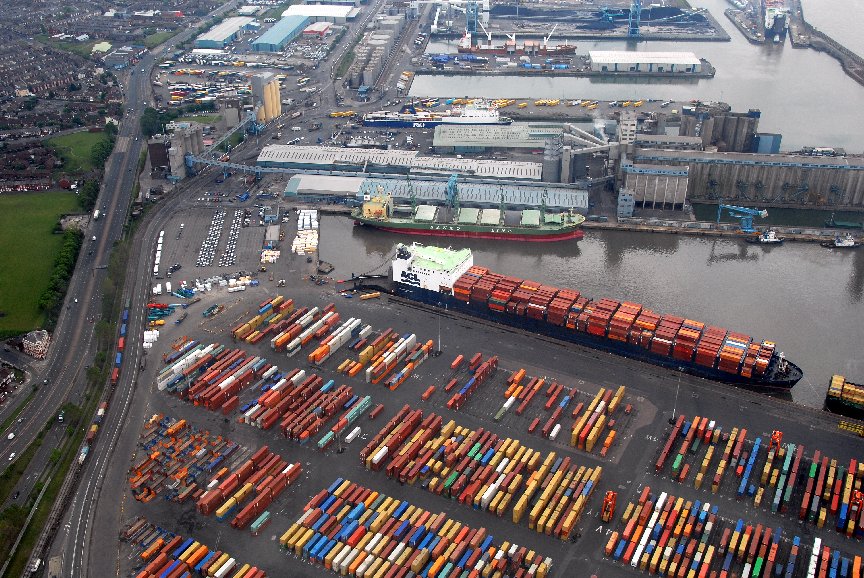 That finance – believed to be around £30m – is now forthcoming, thanks to conditional backing from the Government’s regional growth fund.
We must hope now that no further obstacles stand in the way of Peel’s ambitious scheme. If Liverpool is to compete against other leading ports around the country, then all vessels must be allowed access.

There will be an environmental impact if the nature reserve currently adjoining Seaforth docks is moved elsewhere to facilitate the expansion plans. But also consider how many lorries will be kept off the roads by the switch to giant freighter and rail transport instead. 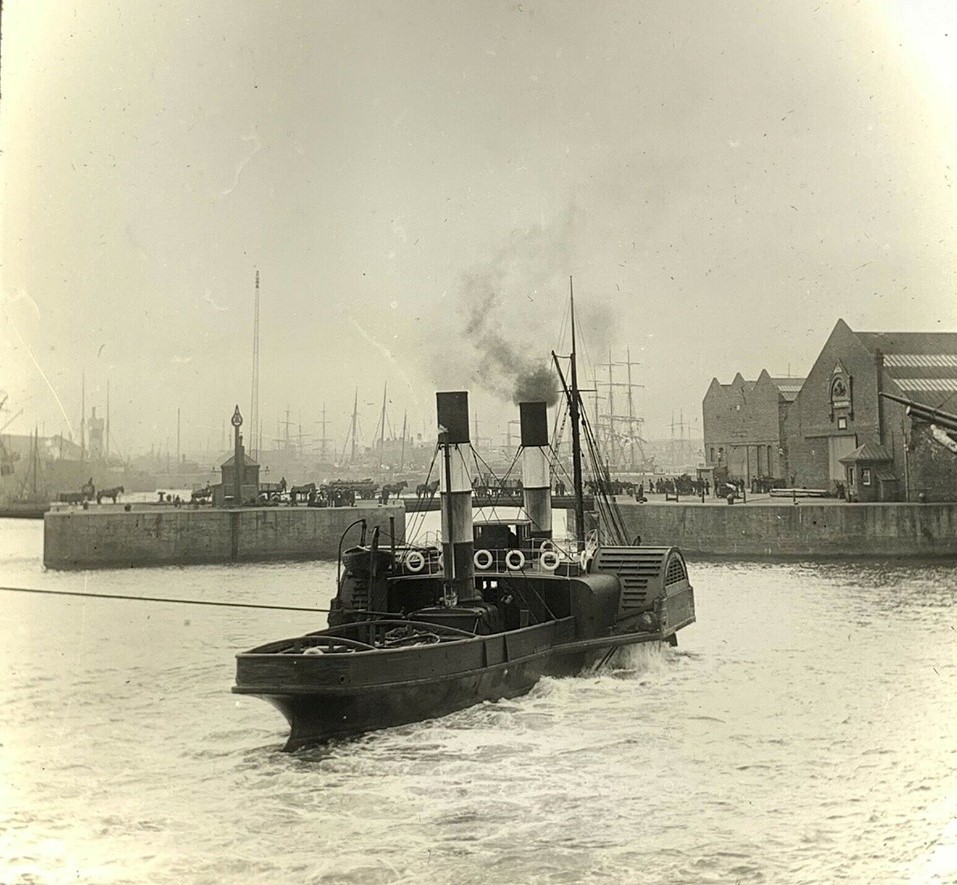 H.M.S. Intrepid in the Canada Dock Waiting to be broken up 2008. 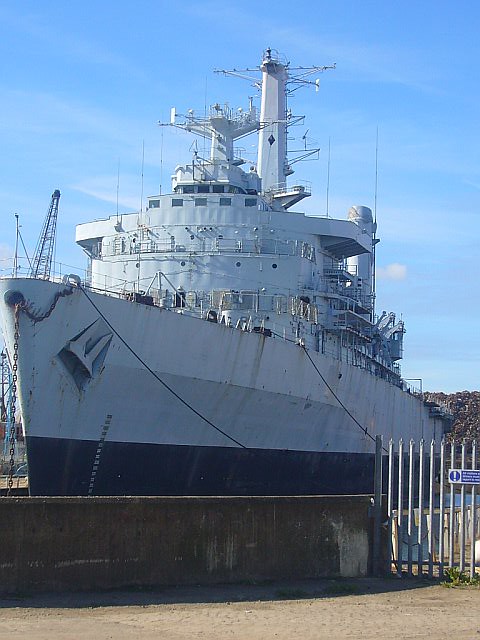 AsianTrust attempting to enter Langton Lock. It looks like a very tight fit!

"I saw this white-hot glow on the horizon. I shouted a warning to the bridge. Although I had never seen an Exocet, I knew what it was. I was shaking and things were flashing through my mind about my family and how I should have got engaged to my girlfriend Jackie Lloyd before I left. The missile was coming towards Hermes. Suddenly it bore to the right and hit the Atlantic Conveyor. She went up in a big pall of smoke."

The Amazing Conveyor.
Loss of the Atlantic Conveyor, the Falklands War. 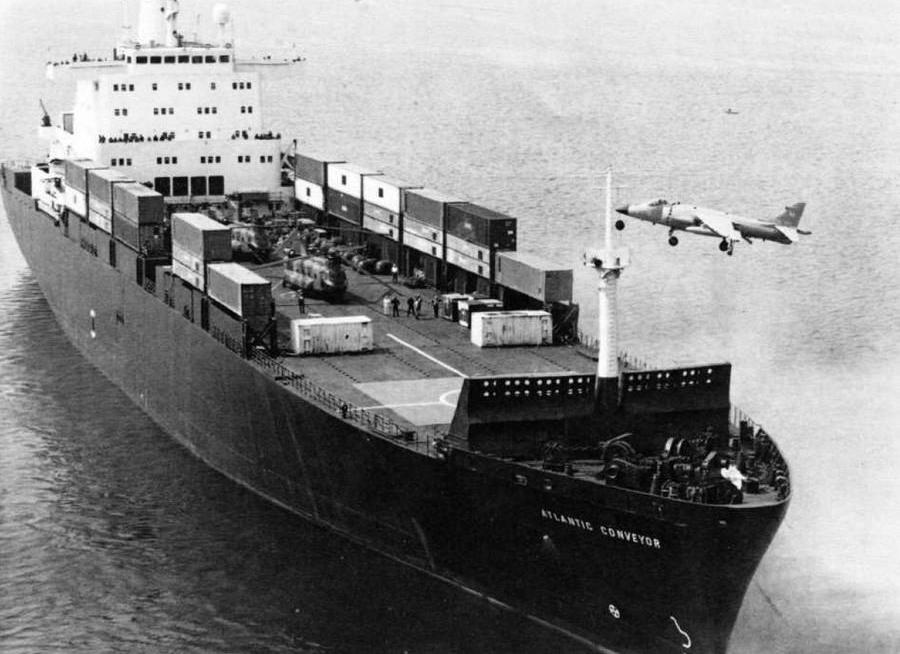 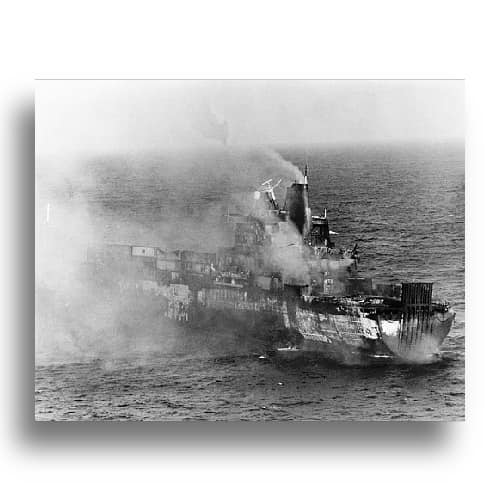 In April 1982, through astonishing feats of ingenuity by dockyard workers and crew alike, the civilian Steam Ship Atlantic Conveyor was converted from a tired ocean-going container ship into a vessel capable of launching Harrier vertical take-off jet fighters and heavy-lift helicopters.

On 25th May, after successfully transporting her jets to the front line of the Falklands War, and subsequently being kept in close company with the two aircraft carriers to provide helicopter support, Conveyor was mortally wounded by Exocet ship-killing missiles. Twelve of ship’s gallant crew, including her captain, were killed in the attack and Atlantic Conveyor acquired the dubious honour of becoming the first British civilian merchant ship to be sunk by enemy action since WWII.

Brief reports that the unarmed merchantman Atlantic Conveyor had been damaged by a lucky Argentine hit were broadcast on the evening of 25th May. But that day’s news was already dominated by the tragic destruction of HMS Coventry, one of the Royal Navy's most modern destroyers. And as some political leaders had already expressed concern about the mounting human and hardware cost of the war and their possible deleterious effects on public morale, it quite suited MoD planners to play down the details of Conveyor’s fate.

The return of Conveyor's badly shaken survivors to Britain in early June sparked some focused media interest in the horrors of the attack on Conveyor, but little emerged about the circumstances of the raid itself. In more recent times, authors of historical works and TV documentaries have pointed out that the destruction of Conveyor's heavy-lift helicopters famously meant the Royal Marines had to 'Yomp' to victory.

But arguably, a far more important consequence has been overlooked.

What the MoD was not keen to publicise at the time was that the Argentinians had picked the 25th May, their National Day, to deliver a decisive blow by sinking one of the two British aircraft carriers. If successful, the resulting casualties and loss of aircraft required to support the landings would most likely have fatally compromised the British campaign.

The Argentinian attack was well planned and caught the British by surprise. Two jets with extended ranges flew round the fleet's outer defences and each launched one of their country's last 'unstoppable' Exocet missiles at the carrier Flagship, HMS Hermes. During the following few heart-stoppingly tense minutes of countermeasures and manoeuvres, orchestrated from Hermes, the British carriers turned to reduce their radar profiles whilst nearby Conveyor was ordered onto a course that increased her visibility to the missiles.

In the final seconds of flight, both Exocets followed their programmed instructions to look for the largest target close to Hermes’ original position. They found one and turned towards her. Moments later, the missiles slammed into Conveyor's port side blasting their burning propellant through her inflammable cargo. There can have been very few occasions in British Naval History when the fate of one ship has been so critical to the outcome of a war.

Conveyor's story is a powerful mix of adventure, intrigue and horrific tragedy. But more importantly, it is a tale of ingenuity, dedication and courage in the finest traditions of military and Merchant Navy service.

All this History and photos are from The Sefton Veterans site.
Cheers Joe.
Top

Welcome back Joe missed your imput

Thank's for the welcome back.

The Mauretania at the Gladstone Dock, no date. 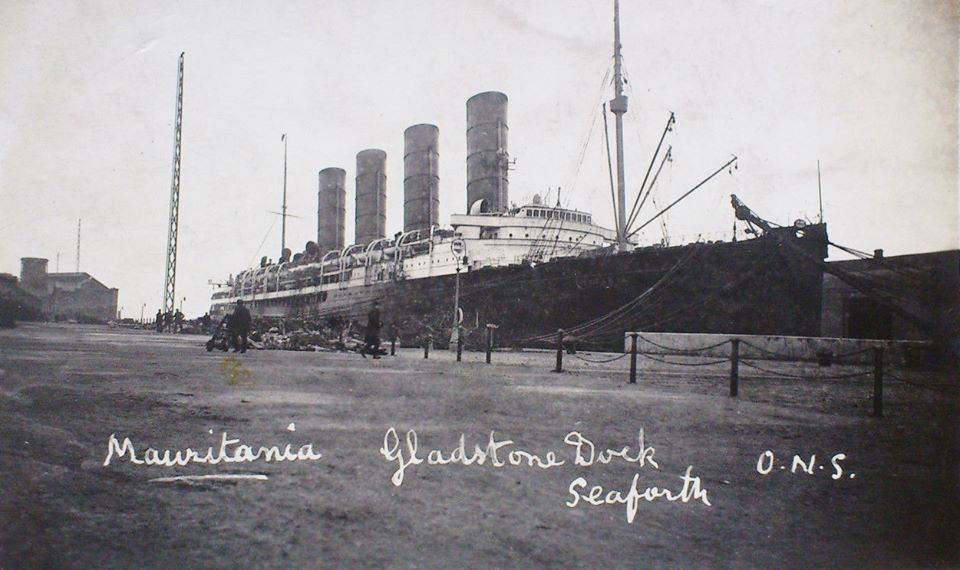 Loading Guinness onto an unknown ship at Liverpool Docks no date. 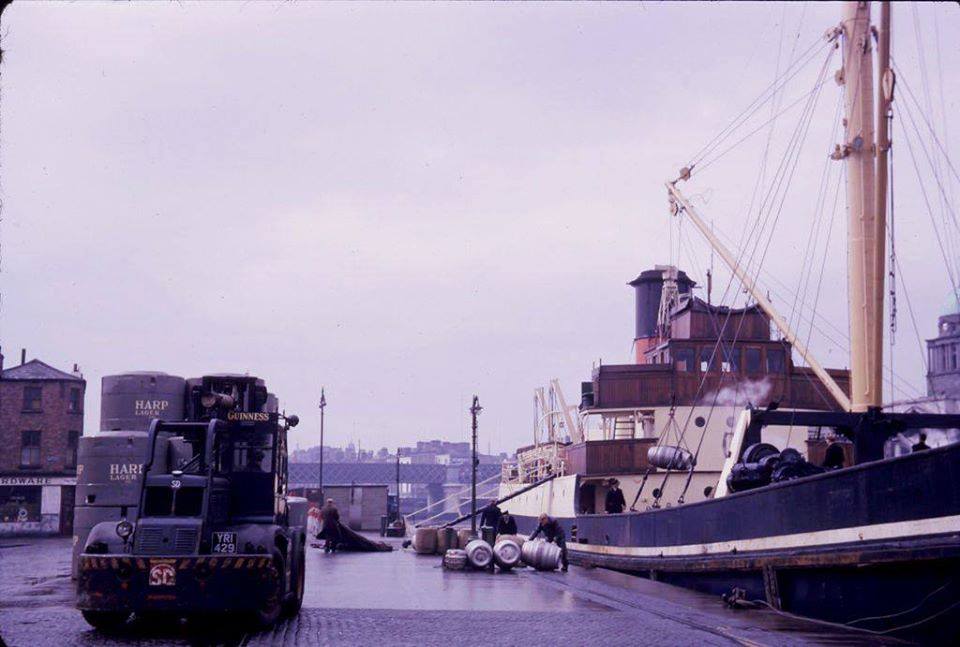 Wouldn't they be offloading the Guiness and Harp lager, Joe?
Top

I suppose so Phil.

HMS Duke of York in the Gladstone Dock 1944. 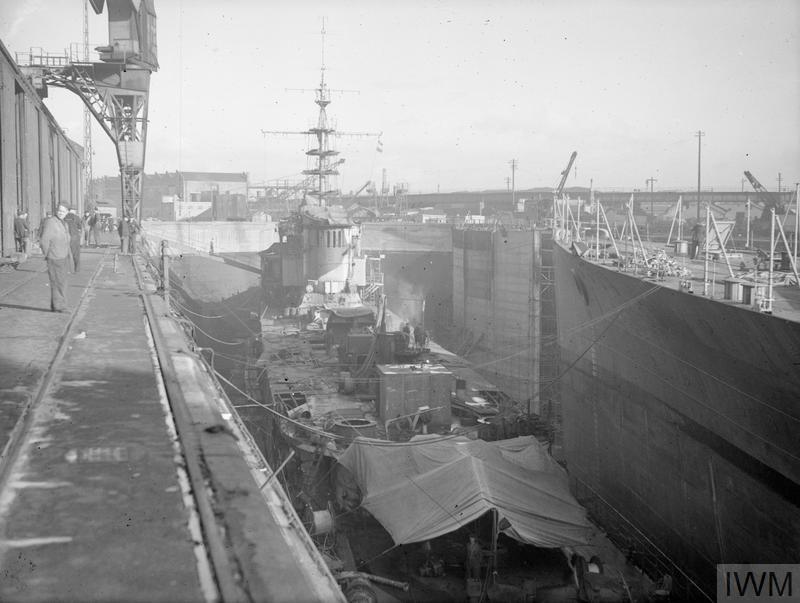 Waterloo Beach, all the kids, enjoying themselves on a day out. 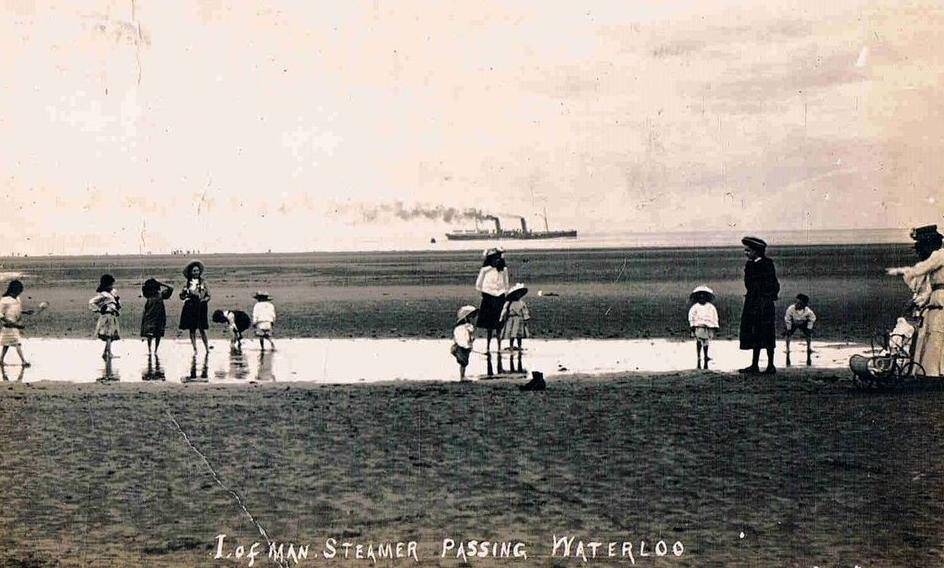 Great photo, Joe. The Mersey looks as busy as ever. 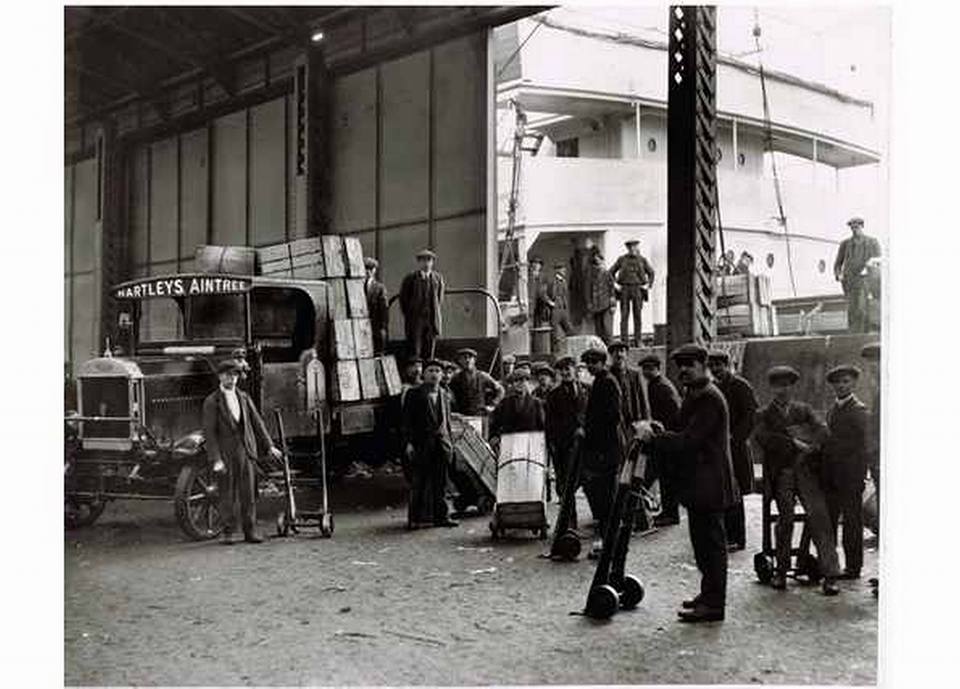 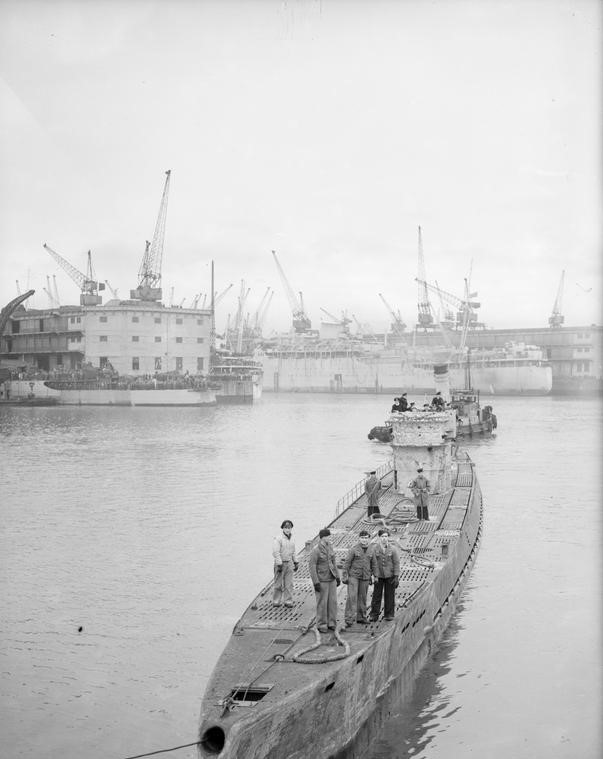 Dockers unloading the Aracataca, banana boat.I don’t recognise what dock it is, can anyone give me a clue or guess? 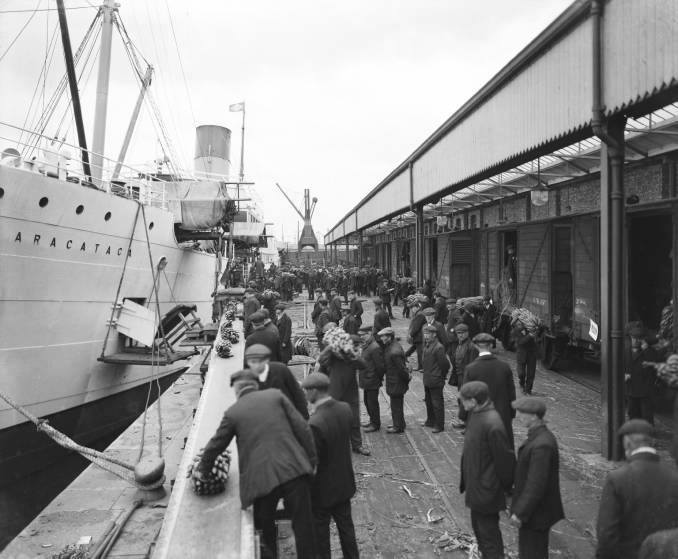 Joe, Pretty sure bananas would be Elders & Fyffes so Hornby/ Gladstone but that’s an early pic so might be different to how we knew them.
Ken
Top

Thanks for that Paul.

And thank's for your explanation, Ken.