Great pic of Ford Nicholas. I presume the buildings in the foreground was the girls school . 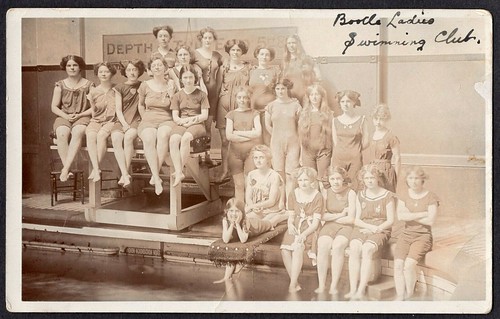 Bonesy, may Aunty worked at Richmond sausages at Kirkdale? She worked in the offices giving out the wages.
Top

BOBHAMO wrote: ↑
Tue Mar 29, 2016 9:57 am
the occasion when they elected a 'Children's Mayor' the Bootle Mayor at the time was Alderman Joe 'Sam' Kelly and his wife Margaret.
The picture was during his term of office 1959-60, he sadly died the next year. His wife 'Peggy' was the cashier at Balliol Road Baths. Joseph Kelly was my “Uncle Joe”. I remember being picked up in the mayoral car (Austin Princess I think) to visit the Town Hall. I still have the invitation!
Top 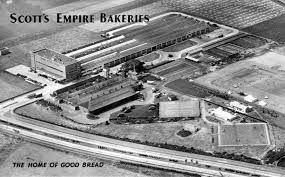 My dad worked there (as a delivery driver) for over 25 years. I had a Saturday morning job as a van lad in mid sixties. Those old wooden bread trays were REALLY heavy!!
Top 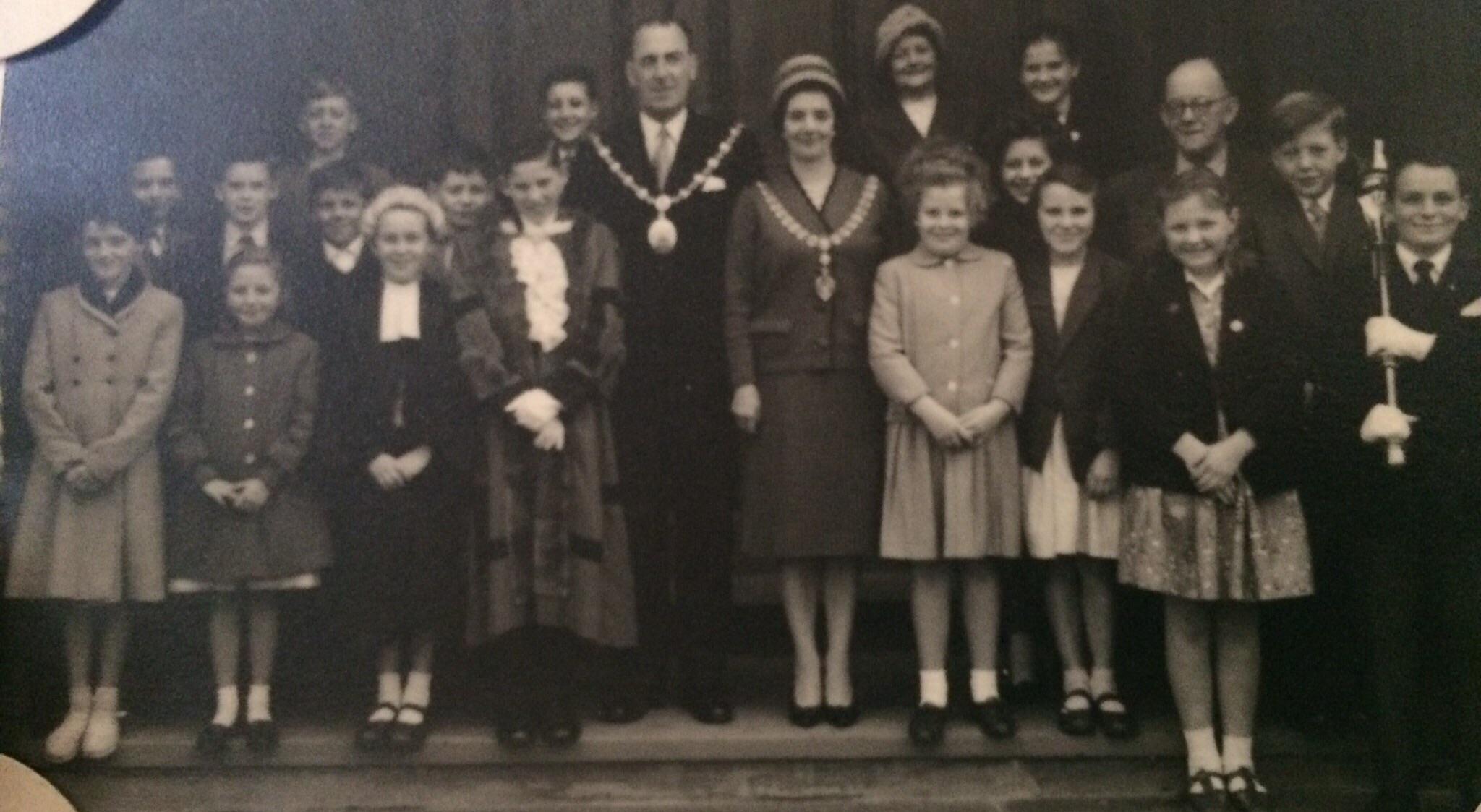 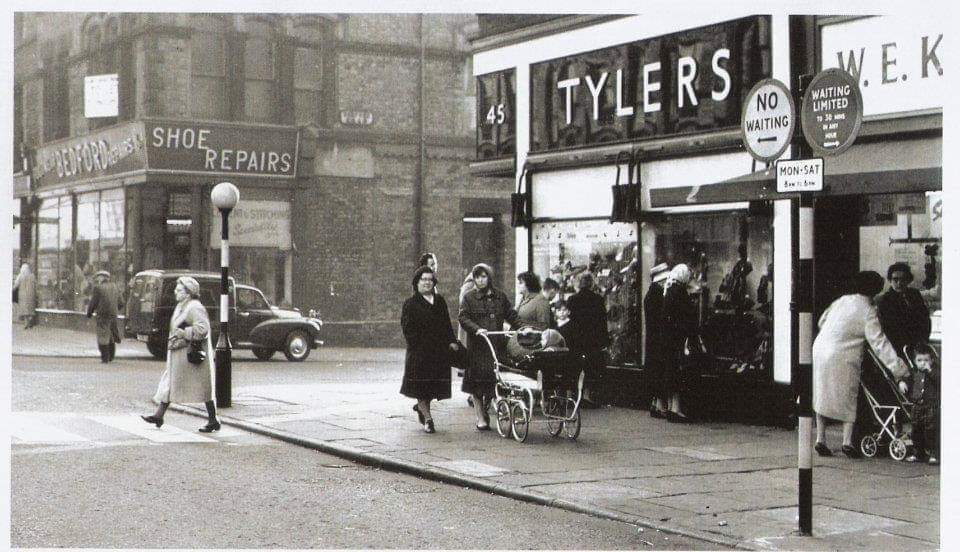 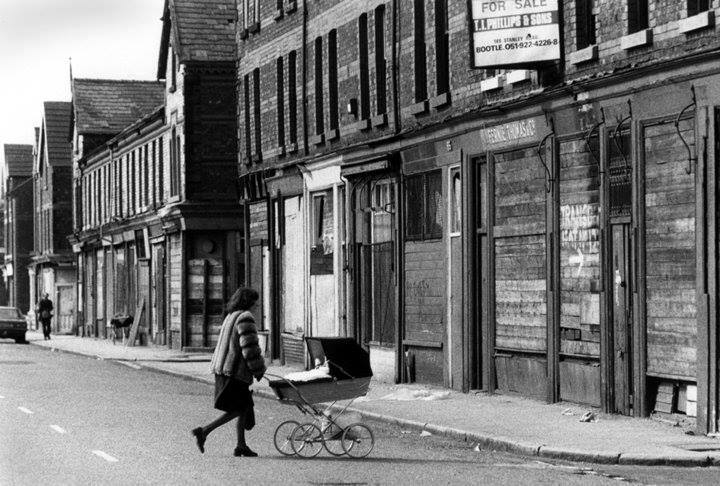 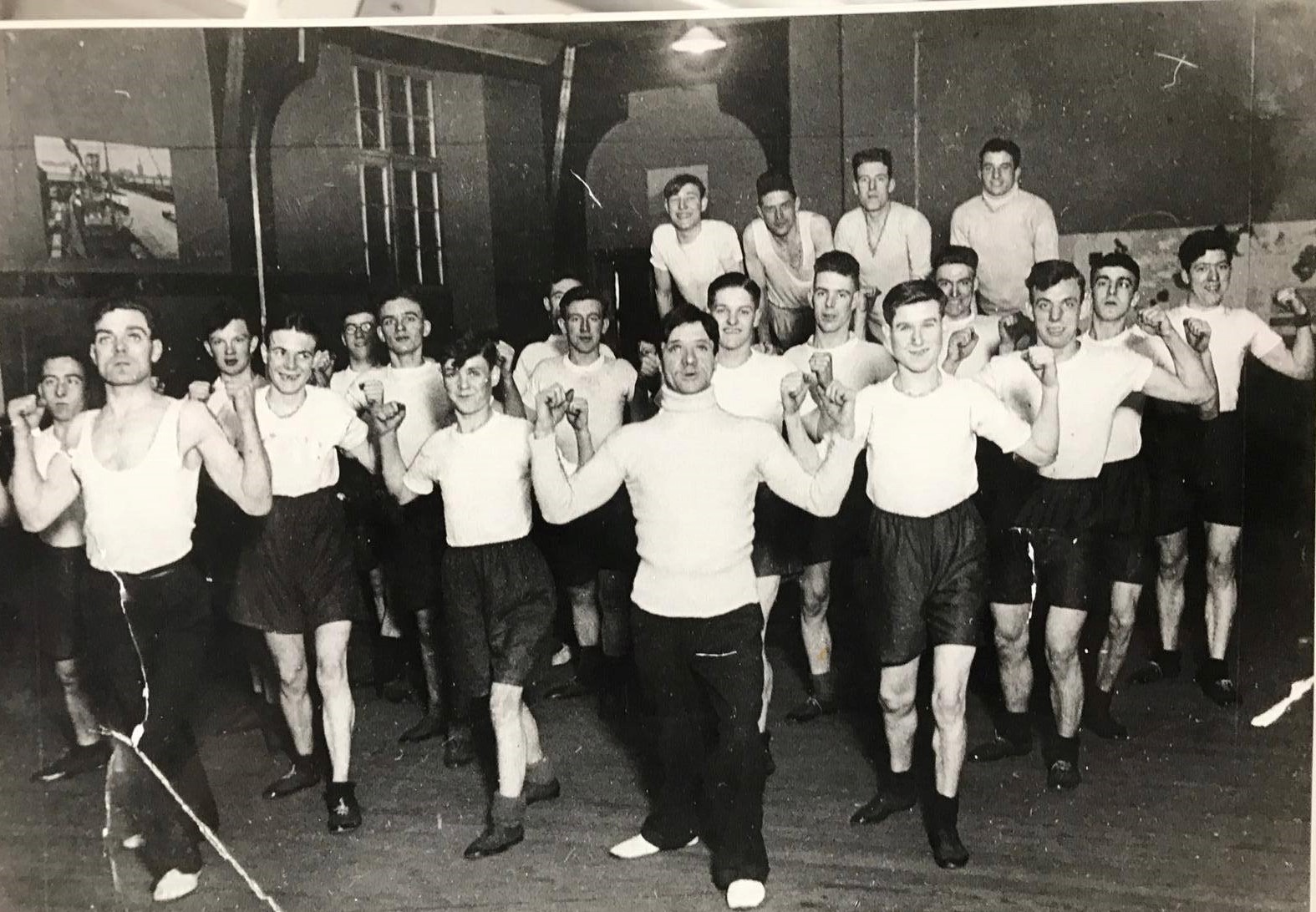 This is how some of us, used to watch the telly when we were kids 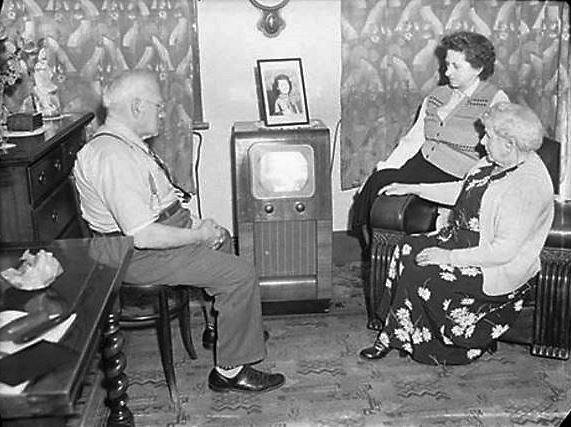 Telly, Joe? You were lucky.

Glad to see you posting Joe 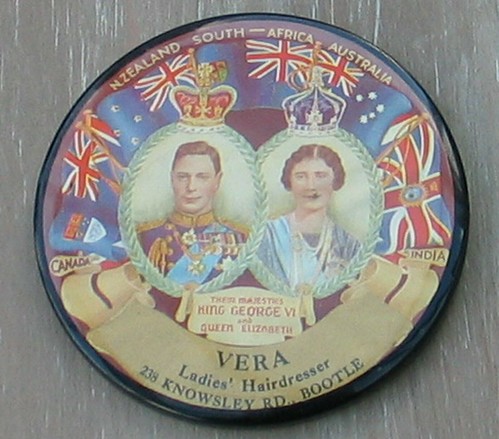 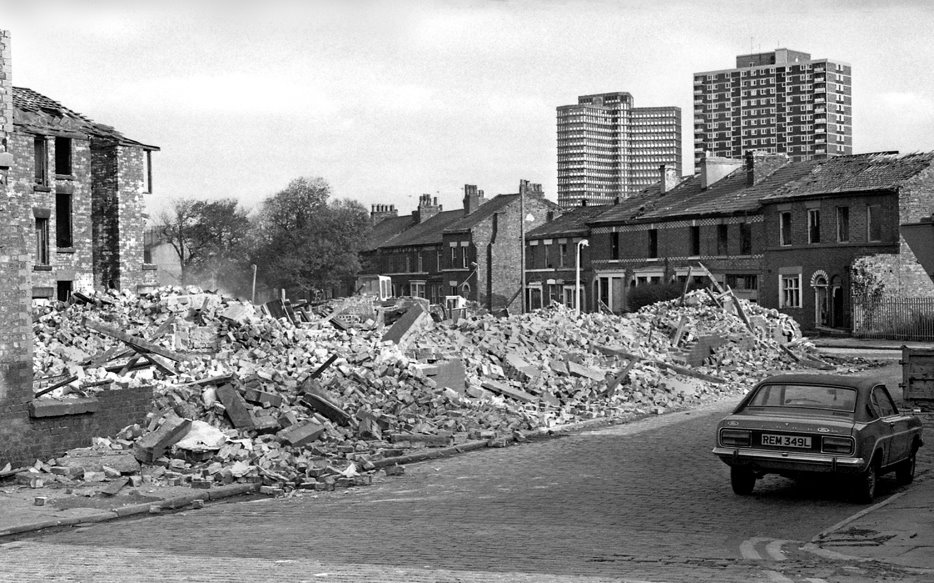 Cheers Joe, was there a garage by the bridge on that street in the 90s?
Top

Yes, Phil before ASDA was built.

Looking west from the 1905 Seaforth Sands platforms in the early 1950s. A train is seen passing over Seaforth Sands Junction and the signal box that controlled it is seen to the left. 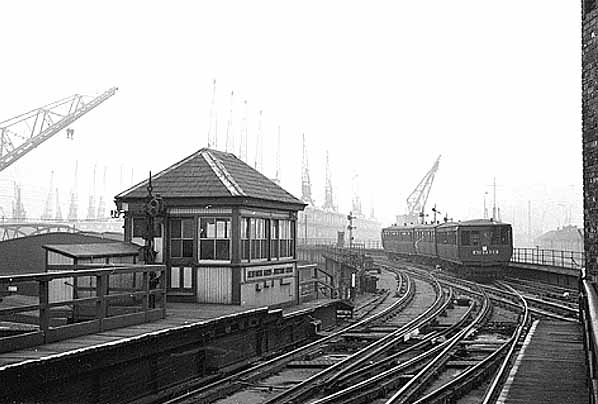 Seaforth Sands from the same viewpoint as the picture above in 1930. Note the pub seen on the right side of both pictures. In 1905 a line was opened from Seaforth Sands to Seaforth & Litherland. The 1905 line is seen veering off to the right and passing through the platforms that were created to serve it. The junction seen in the foreground was named 'Seaforth Sands Junction'. Until 1926 trains that terminated at Seaforth Sands continued to use the original platforms but in that year they were demolished and a maintenance shed was build in their place. The shed can be seen in this view with two LOR trains protruding from the doors. 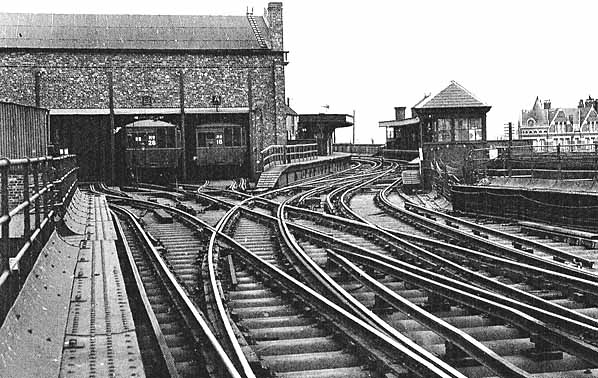 Seaforth Sands looking north-east in 1894 shortly after the station had opened. There were only two platforms at that time and a LOR electric multiple units are seen standing at one of them. The live rail was in the centre of running rails when the LOR opened and remained in that position until 1905. 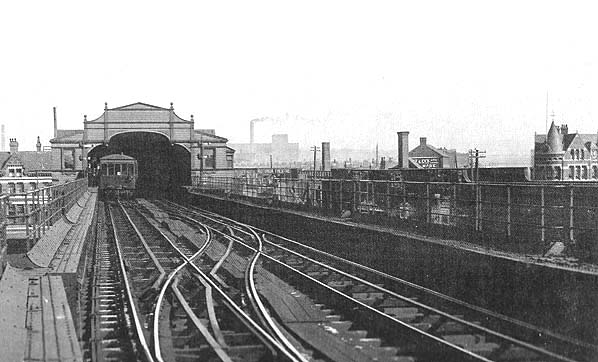 Great pictures, Joe what year did Ashcroft street get demolished.

efc46 wrote: ↑
Wed Mar 25, 2020 6:44 am
great memories Joe Is that the mammoth and the Samson or Hercules in the gladstone I worked withe samson in 1964/5 we were cutting up a tug in the Salthouse dock down to the hull that night some one opened the sea cock the funny thing was Johnny Routledge my boss (North Mersey Iron An Steel) had to pay the cost me an Harry Moon cut it up it was all in the echo

Thanks for your reply, Davey. I couldn't really say what crane it is.

Thanks Joe, at a guess I would of said early 70s

Linacre Road Litherland on the right, is Lily Road, with a Blackledge's bread shop on the corner, on the left and out sight The Saltbox Pub. And the match works is still intact. 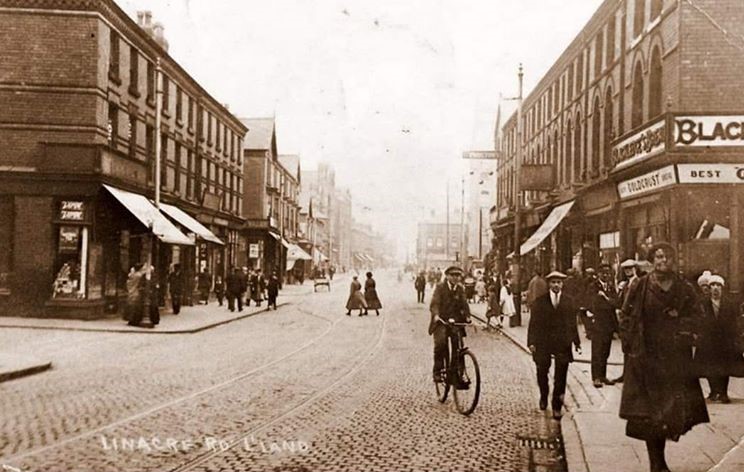 The Royal Welch Fusiliers at their Litherland Camp 1915.

I’m almost certain it was where Kent Avenue is today. 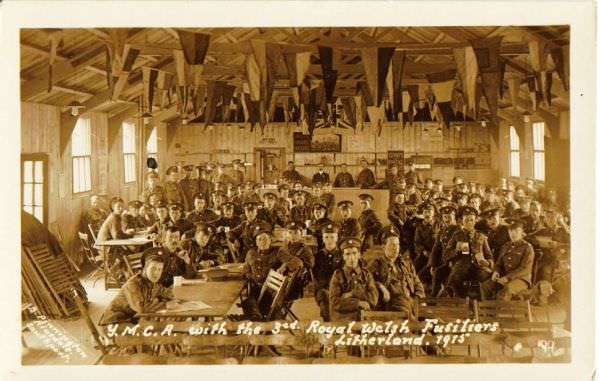 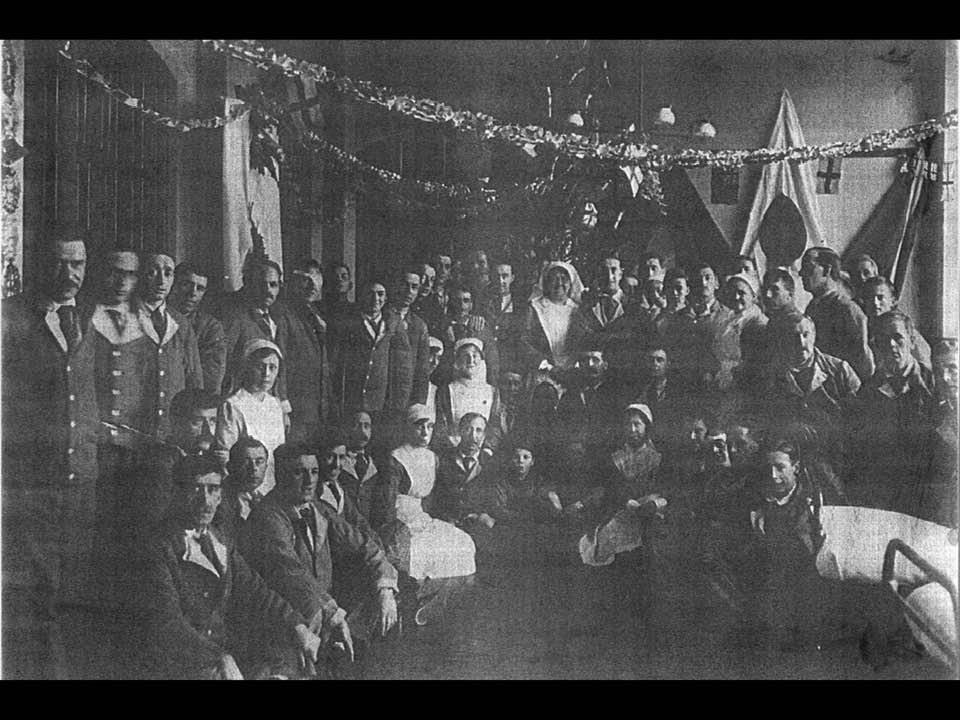 Who's have thought that Beach Road school was a military hospital? The kids who were taught there had no idea that soldiers died in their classrooms. The area has got so much history, that is lost until you dig it up. Thanks Joe.
Top

On December 22, 1916, Walter Tomkins, Head of the Boys School at Beach Road, noted in his log that the school premises had been "taken over by the military authorities for use as a hospital."

This has usually been taken to mean that Beach Road was, in fact, Seaforth Military Hospital.

However, an earlier log entry – in the January of 1916 – made it quite clear that the Seaforth Military Hospital was already in existence and was crowded enough to need several annexes:

"On Monday, January 3rd, 1916, tea and entertainment was given by the teachers and girls to a party of one hundred wounded soldiers from the Seaforth Military Hospital and its annexes, and from Stanley Hospital...”

The Beach Road premises became another of those annexes.

Besides, both Litherland and Seaforth-with-Waterloo had been separate administrative districts since 1856. Had the Beach Road premises been the main military hospital rather than an annexe it would have been known as 'LITHERLAND Military Hospital'?

The photo is part of a set of postcards shown to me by an elderly old boy. (I apologise for the poor quality -- if anyone has a better quality copy, please get in touch!) At the time we didn’t have the technology to make good quality copies, but I enlarged the photo above. It showed the outside of the hospital, with a large sign which said quite clearly: “Seaforth Military Hospital; Beach Road Annexe”

This is confirmed by the 'Crosby and Waterloo Herald' of January 1st 1916: several reports refer to entertainments for 'the wounded soldiers in our local hospitals', mentioning Seaforth Military Hospital by name.

But where was it?

In the same issue, a report describes a Christmas entertainment held at Waterloo Town Hall on Thursday, December 23rd 1915, noting that “Invitations were sent to the men at the Military Hospital, Seaforth Barracks...”

A separate report on the same page of the Crosby Herald describes how the wounded soldiers in the local hospitals spent Christmas Day. “At Seaforth Barracks....the wards were handsomely decorated.” the Herald's reporter notes. “The wards were open to the public from 2 o’clock to 4 o’clock and there were many visitors. On Monday evening Mrs German took a concert party to the barracks and entertainment was given which was greatly enjoyed by the men...” 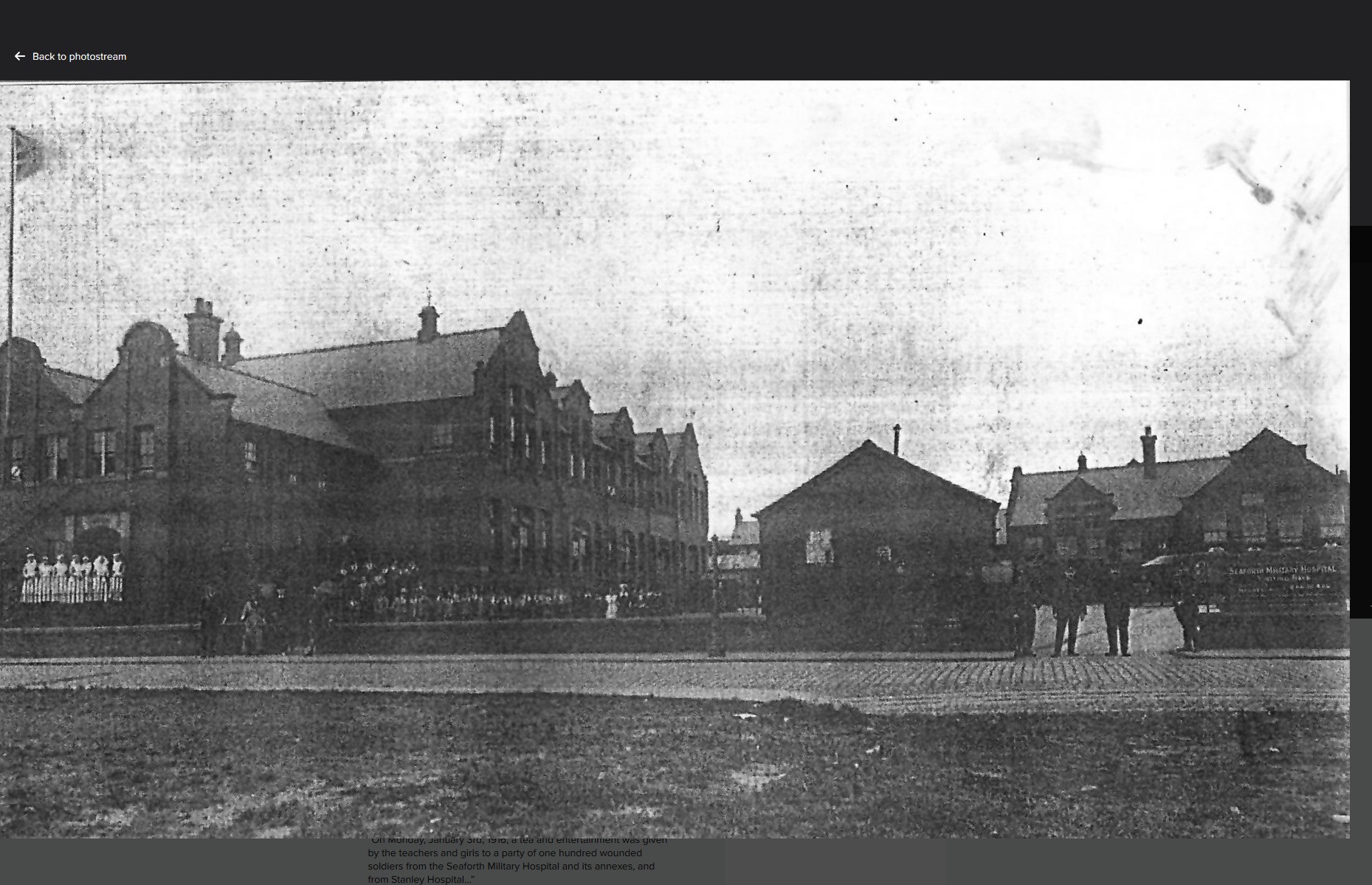