Going to the Pictures

Bet they were great as a kid. Don't suppose you've still got them Eddy? Thanks for response Christina
I'f anyone has memories to share of cinemas in the local area from the 30's to 60's please get in touch
Top

Wish I had Christina.

Hi Christina,I remember going to the Princess for the saturday matinee.
My mum would give me 7d because you got in first and could sit right up front and strain your neck looking up at the screen

but for 6d you went in last and could stop at Nellies on Miranda Road and get a pennyworth of fade apples.
My mate used to pay for me to go to the pictures with him and his girlfriend when we both discovered girls were different than boys

but I had to sit about ten rows in front of him while he was on the back row necking up a storm and watch the film very carefully and then tell him and his girl what the film was about because his girlfriend had a very suspicious dad and he would ask all kinds of questions about the film.
Dead on about the Winter Gardens Eddy,my mate and I went to see "and god created woman" with Brigitte Bardot there.Rated x because you got to see a bit of bare bum

We were both 14 at the time

We went in trying to look all grown up with a ciggie hanging out of the side of our mouth.
Feel free to use any of this Christina.
Matt
Top

Eddy Lloyd wrote:When we went to the Gainsborough on Knowsley Road we had ABC badges that glowed in the dark.

Elfin Safety would have a fit today. What's the betting those badges were heavily radioactive like the bits of aircraft dials they keep finding on Scottish beaches? You haven't got three heads, by any chance?
Top I remember going to the Atlas (we kids called it the bug house) on Rice Lane, it had marble steps leading up to the entrance and one time coming out of the show my Dad tripped and fell down those steps, boy did we kids laugh, to us it was really funny. I also remember going to the Palace just past Walton Vale, used to cost 6p for Sat. matinee.

I remember going to the gainsborough when I was about 10 and an ABC minor .. I was sitting good as gold minding my own business with another 6 lads from Anderson Avenue watching Flash gordon with a kia Ora in one hand and an ice cream in the other, then I saw out of the corner of my eye my mate John waving a lit fag in front of me going "go on hinesy have a go " still sipping my kia ora aI asked him what I had to do as it was my first time .
He said "suck it in as hard as you can and blow it out through your nose"
I took it off him and thought why not, im not gonna be the only one not to have a go.
I did as John said, and I swear I coughed so hard Kia Ora came out of my nose my mouth and my eyeballs ...I couldnt see a thing and they were all pi**ing themselves laughing.
That was my one and only time smoking so going to the cinema did me a lot of good, shame they didnt pass me lager as well.

Those old pics are really interesting.

The Queens picture house, South Rd is now a Wetherspoons.
I don't believe the Sally Army building, Stanley Rd, was ever a cinema. Unless someone here knows different ...?
Top 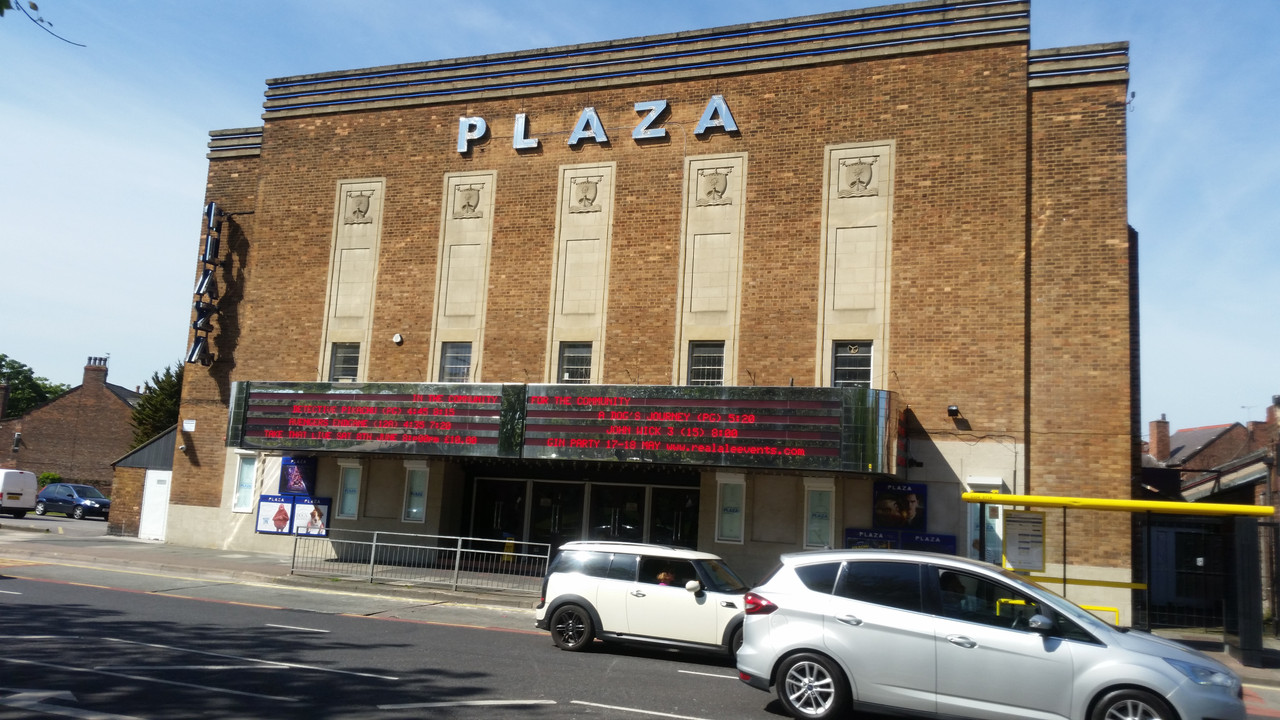 The Queens picture house, South Rd is now a Wetherspoons.
I don't believe the Sally Army building, Stanley Rd, was ever a cinema. Unless someone here knows different ...?

My cinema memories are of the Commodore on Stanley Rd. During summer hols from school there would be a daily matinee which was always full of kids.
A gang of friends would scrape together the price of one admission and he would pay to enter then open the emergency exit around the side of the building after the lights went down. Maybe 5 or 6 of us would bolt in and scatter into the mob.
Top

The stairs from the circle(or balcony as we called it) in the Bedford in Bedford Rd used to come out straight onto the pavement outside. We used to wait until someone came out and then grab the door before it closed and run up the stairs and sit down. Always remember looking in awe at Jane Russell in The Outlaw.

My cinema memories are based in the Palace, Marsh lane, my first encounter with the local paedo. He wasted no time in groping my leg as soon as the lights dimmed. Being only ten years old I was in a blind panic. I jumped up and told my friends I was going to the toilet. As luck would have it one of them came with me. Instead of telling her what happened I sat in her seat when we got back, leaving her to cope with the dirty old man. Next thing she was up out of her seat, belting him and shouting all over the cinema what he'd been up to, the lights went up, everyone stood up laughing and jeering at him as he scurried up the aisle to escape. My friend was relentless in shouting abuse at him. It was only six years ago that I told her the truth of that day, her face was incredulous then we both collapsed in hysterics. Lucky for me she's still my best friend, I don't deserve her.
Top

Hi Dan I think all Plaza Cinemas had that special look about them, I worked here as chief projectionist back in the 60's. This photo was a much earlier one.
Dave. 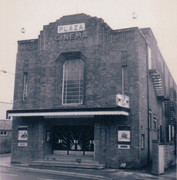