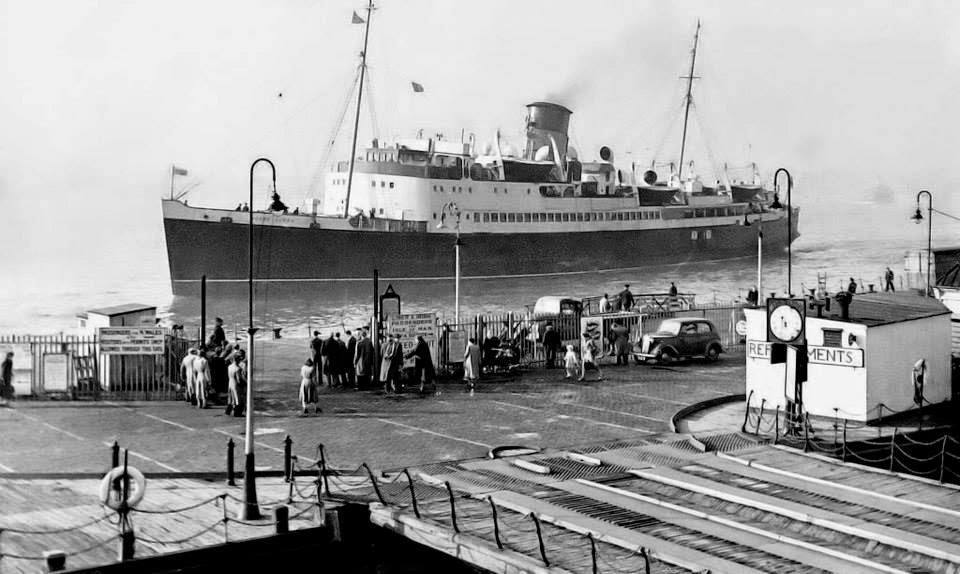 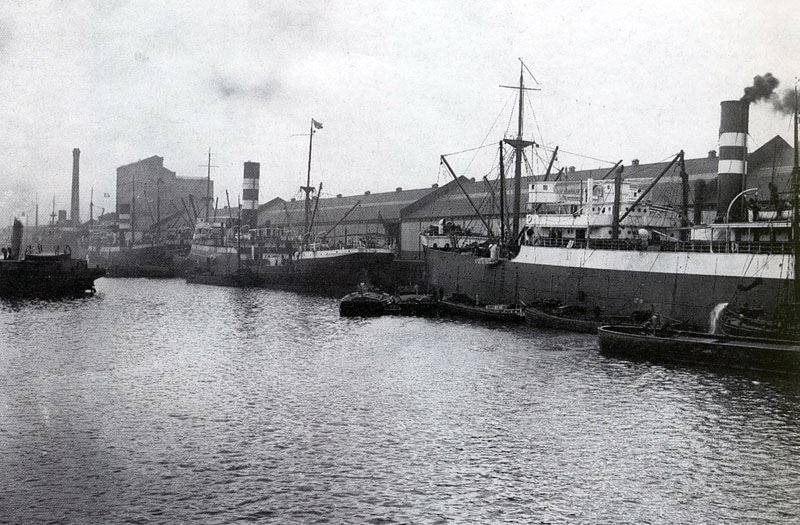 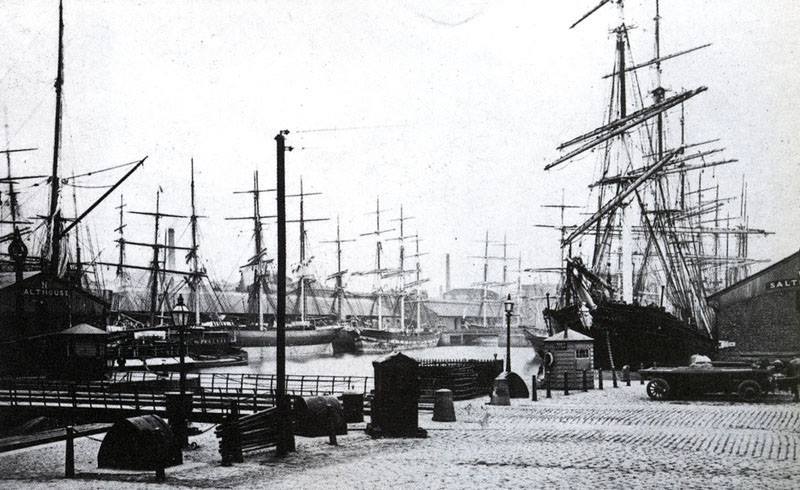 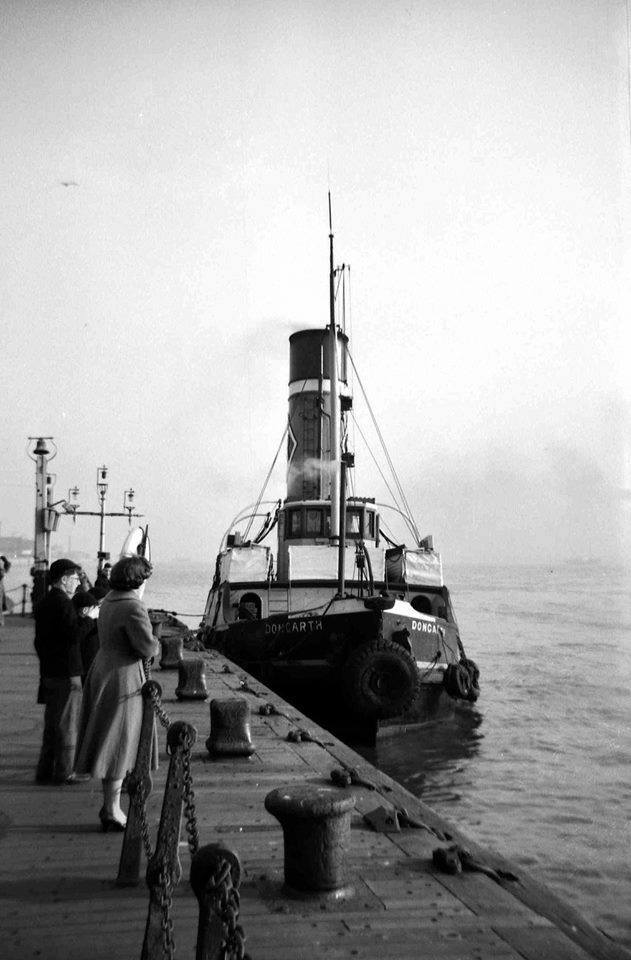 The Brescia, The Britannic and the Sylvania berthed in the Huskisson Dock. 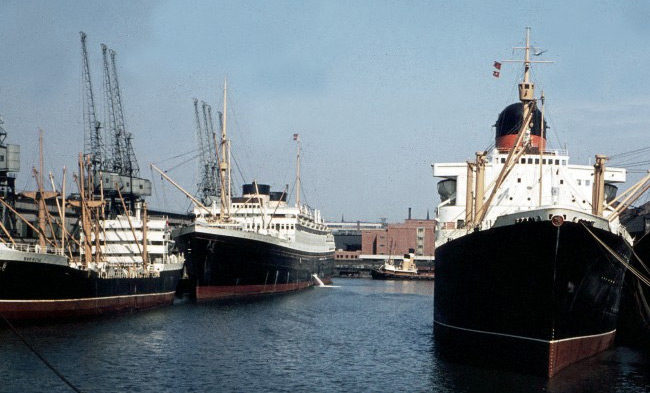 Great pic that Joe. It shows how busy the port was back in the day and how the ships were dual role cargo and fare paying passengers.

Thanks, Ken that's what i thought when i found it

The Caledonia is seen anchored mid-river waiting to berth at the Prince’s Landing Stage, to load Passengers for a voyage to Bombay, 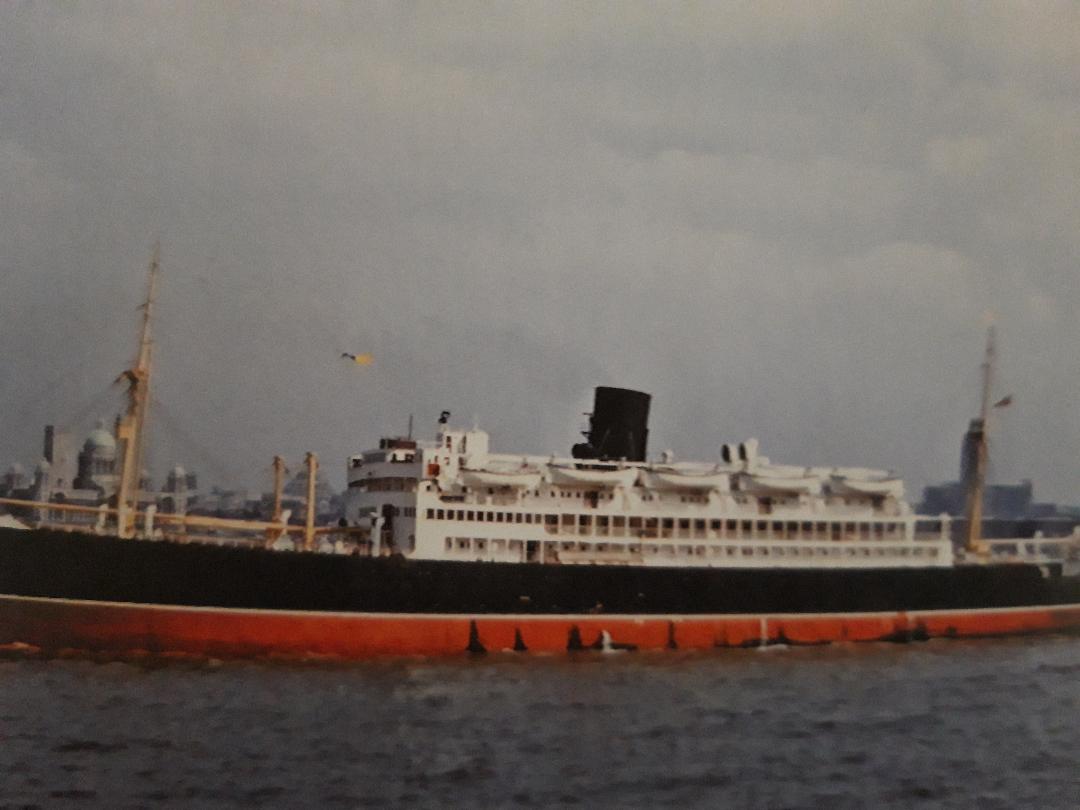 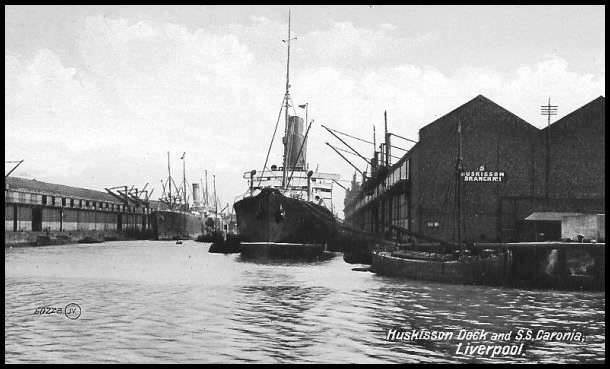 The FRANCONIA at Liverpool on 30th January 1968, about to sail on the Cunard Line's final scheduled trans-Atlantic sailing from the port.

The third and final HMS Conway.
HMS Conway being towed through the Menai Straits, Maritime Archives and Library reference PF1839 9 25 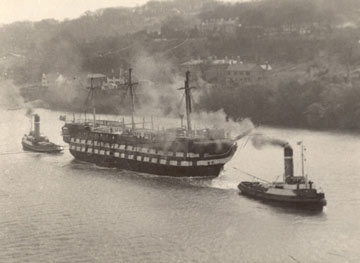 In 1876 when the second HMS Conway proved too small to accommodate the growing number of cadets, this was replaced by HMS Nile. Also renamed HMS Conway, she remained in the Mersey until 1941, when she was moved to the Menai Straits to avoid the Blitz.
By 1949 with cadet numbers rising, conditions on board were very cramped, so the Captain Superintendent reached an agreement with the Marquis of Anglesey to use part of his mansion, Plas Newydd, Anglesey, for dormitories, school rooms, a sports fields and a private dock.
Whilst being returned to the Mersey for a refit in 1953, the last HMS Conway training ship was grounded near the Menai Suspension Bridge and broke her back. Three years later she caught fire and had to be broken up.
Cheers Joe.
Top

Thanks Joe. I found that very interesting.
Top

Thanks for that Lynne glad you the info interesting.

The Wanderer unloading cargo in the south docks, July 1958. 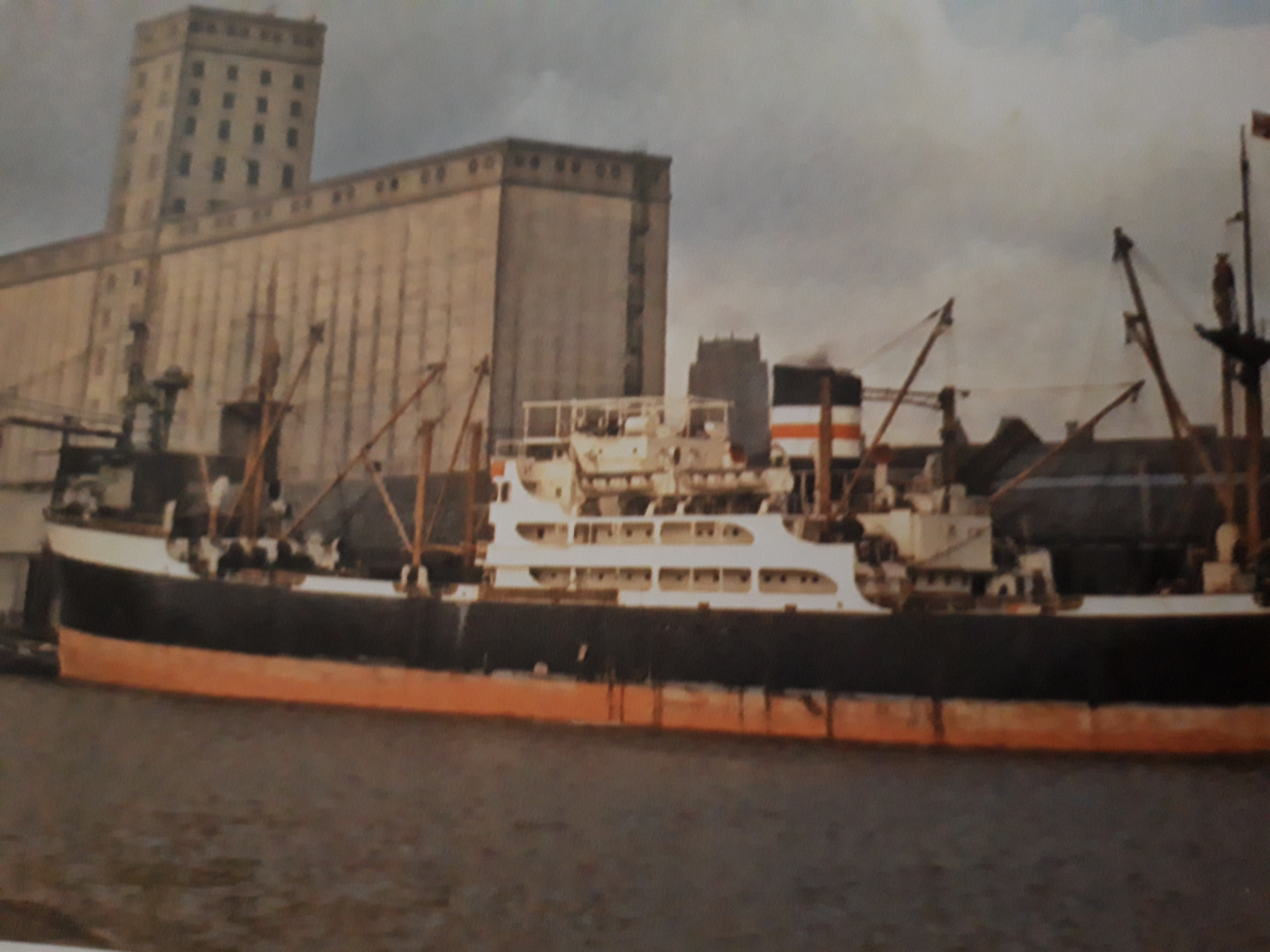 You’re right she was a Harrison Line Ken. In1958 she collided with the dredger Mersey No27, in the Mersey after that she was sold to Tricia Shipping Co, of Nicosia 1970, and renamed Cleopatra. 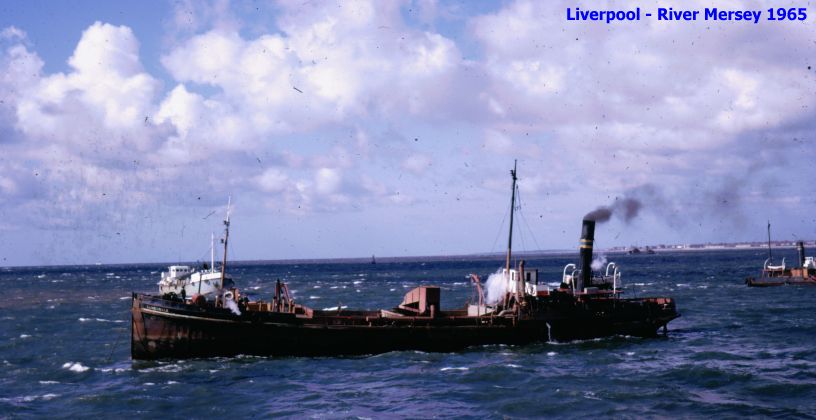 The Sinyea, in the Birkenhead Docks, no date. 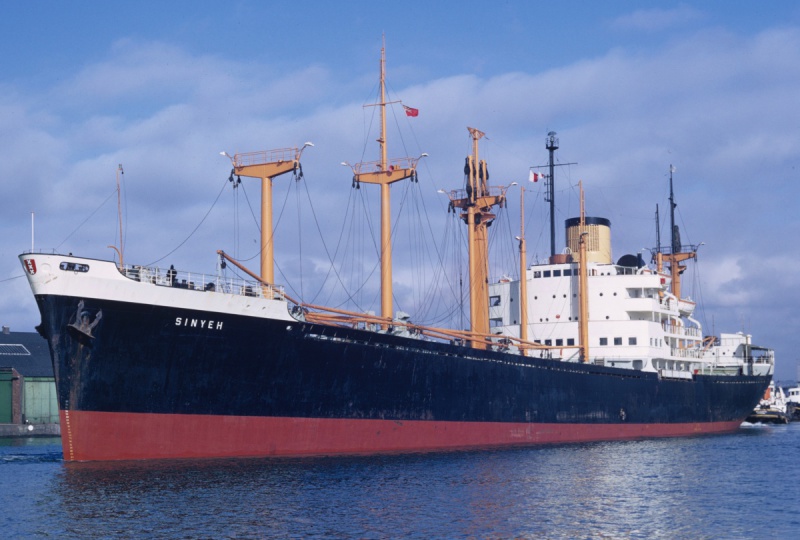 You know Joe, that name rings a bell.
I’m sure she was involved in Baltic trade and would bring us wood from Finland to the Bramley Moore.
It was so long ago but I spent time in my apprenticeship in shipping, Customs and dock clearance so it triggered a memory.

Some info on her, She was an Ocean Tramping Co Ltd. She suffered a fire 27/12/72 and was beached of Latakia, where she was broken up.

HS Paris, Berthed at L2 terminal. The largest ship docks at the port of Liverpool. 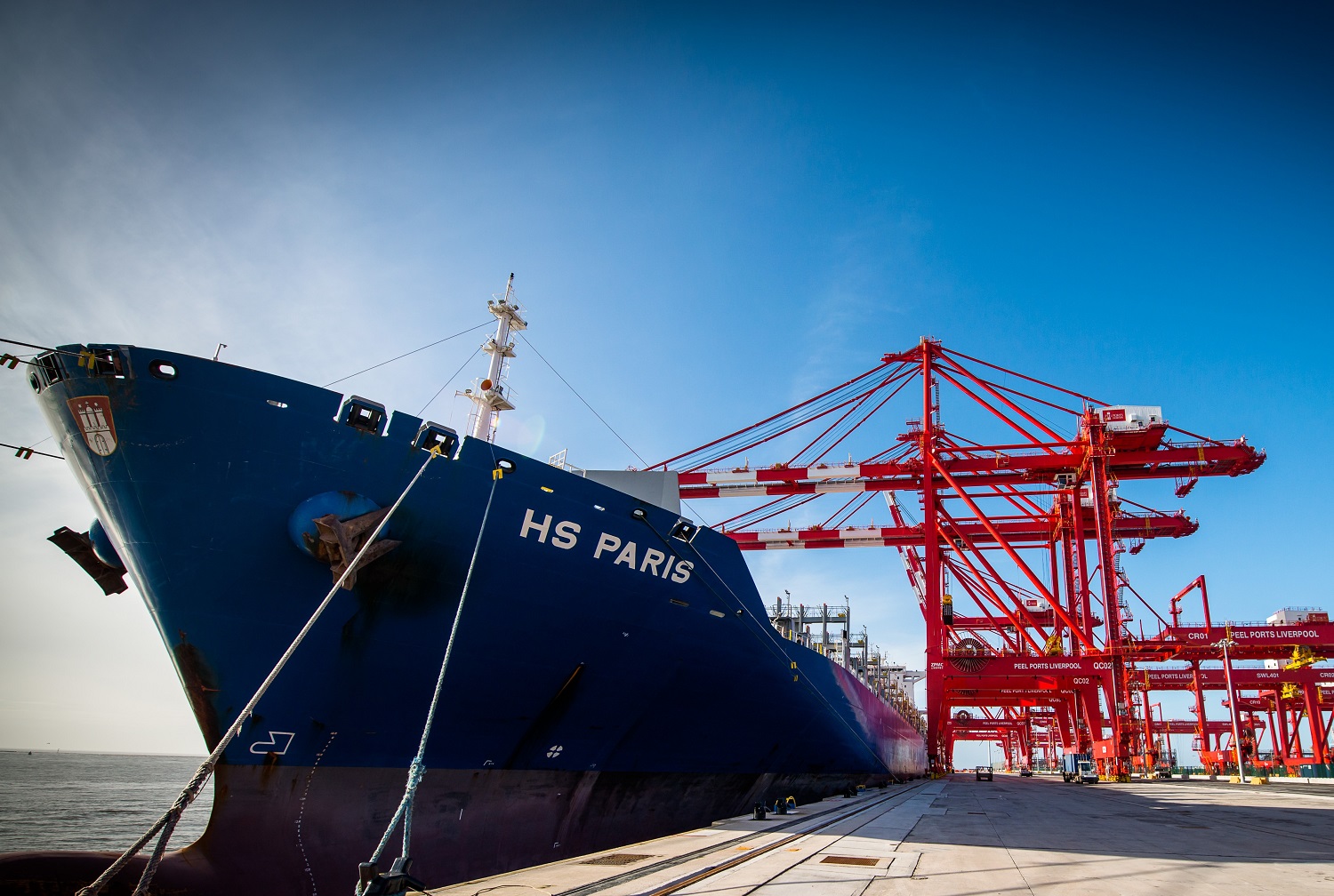 Tianmen in the Birkenhead dock system no date. 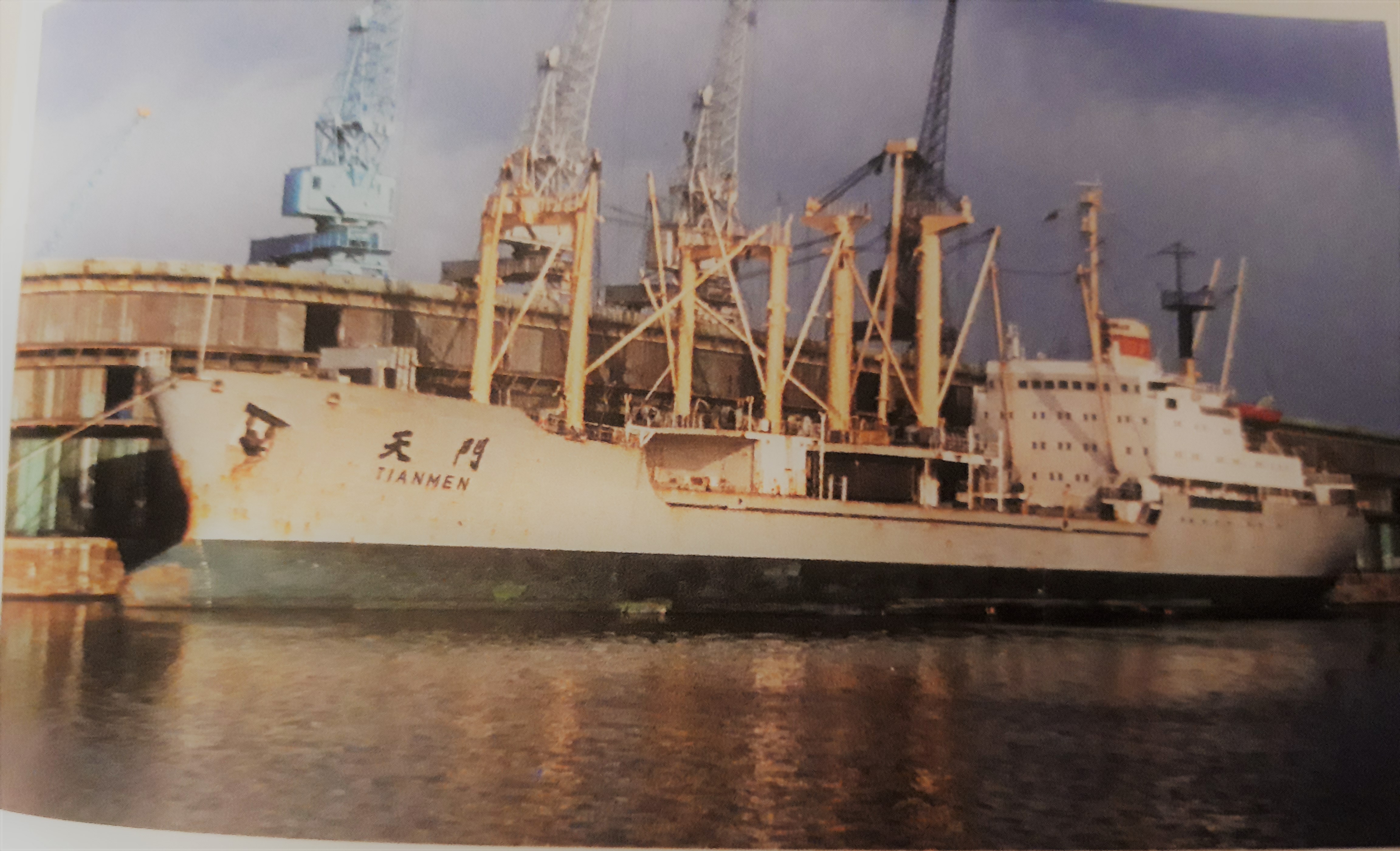 The MEDIA at the Cunard berth in Liverpool's Huskisson Dock 1950s. 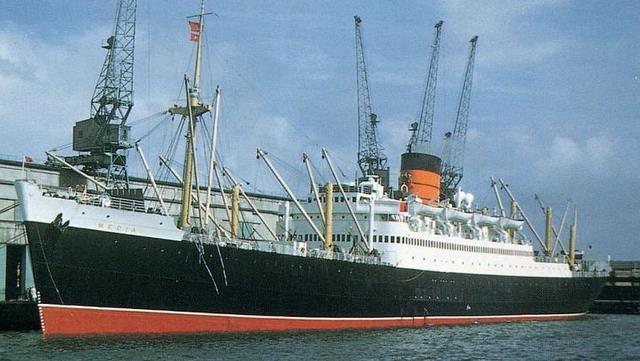 The HILARY was launched on 17th April 1931 and was completed by August of that year. She sailed on her maiden voyage from Liverpool to Para and Manaus on 14th August. The new HILARY could easily be recognised by her distinctive three-note triple-chime steam whistle.

First-class single-berth rooms were on the promenade deck; double and three-berth cabins on the upper deck, and there were four de-luxe staterooms with private bath and toilet. The third-class passengers were accommodated in two and four-berth cabins on the main deck, in compliance with Portuguese emigrant ship requirements.


The HILARY docking at the Brunswick Lock, Liverpool 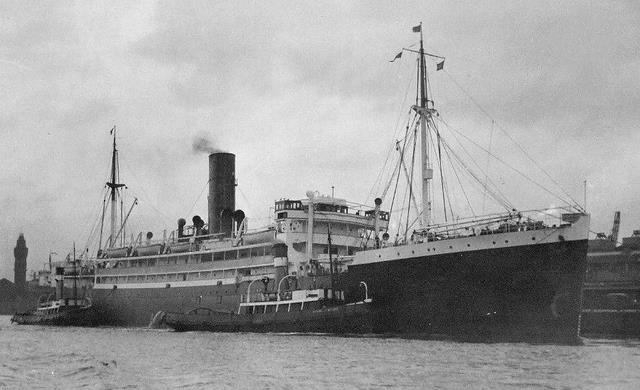 Another Cunard liner being brought alongside Liverpool's landing stage by one of Mersey’s experienced pilots. 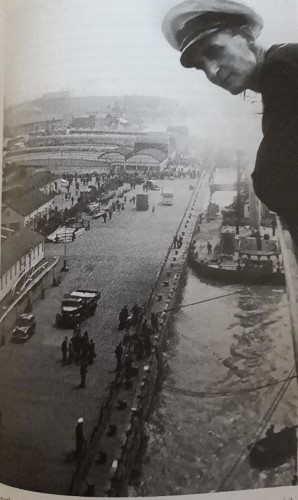 A typical dock scene in Liverpool in 1895, showing masted barques in port. 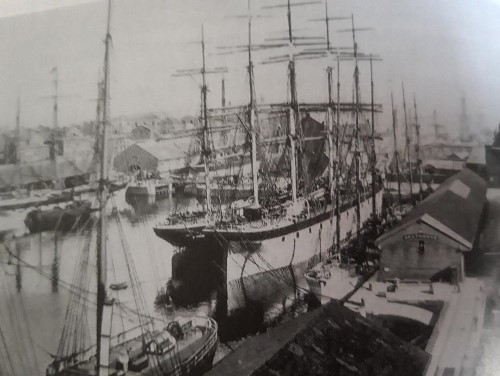 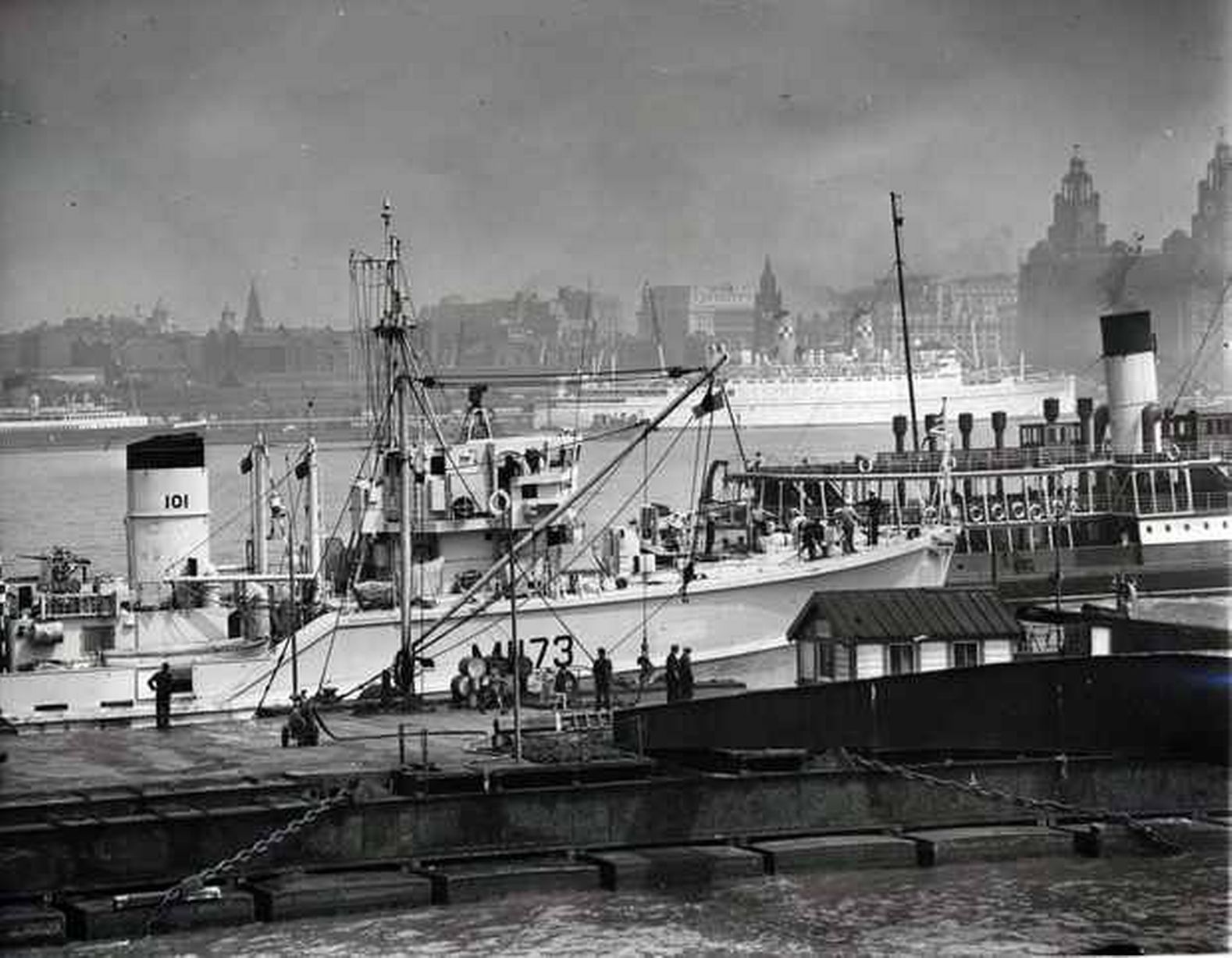 The Allan Line RMS Virginian at the landing stage 1911. 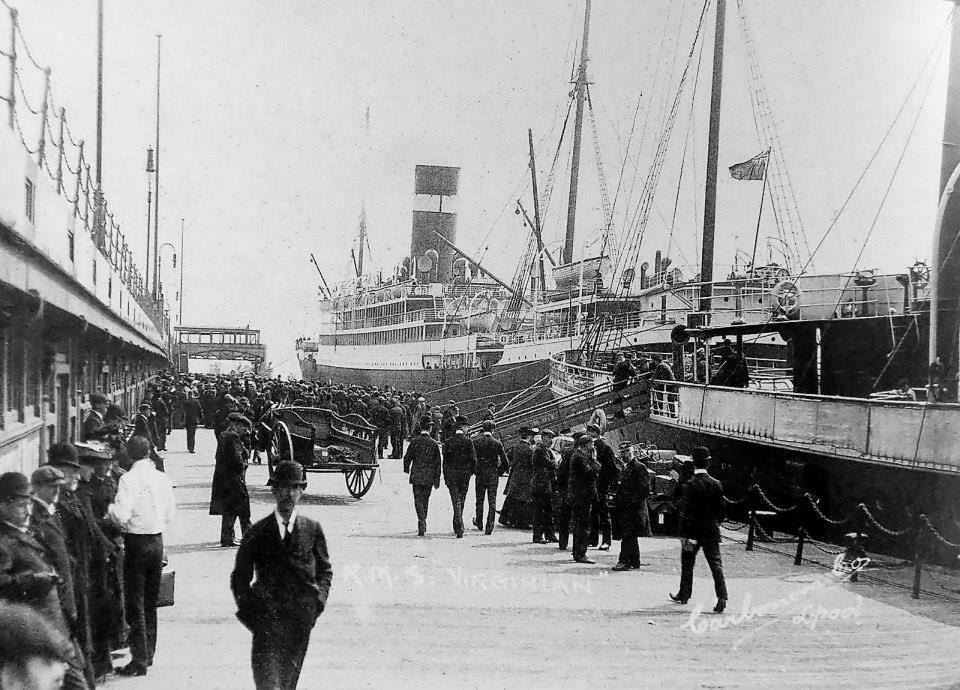 Polaris Submarine H.M.S. Renown on the slipway at Cammell Lards 1967. 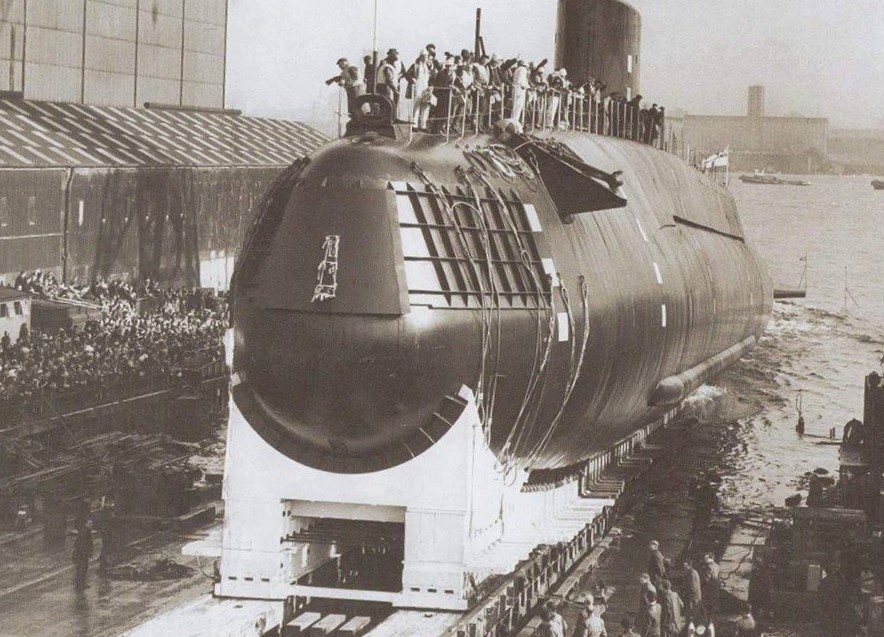 RMS Lusitania on the Mersey. 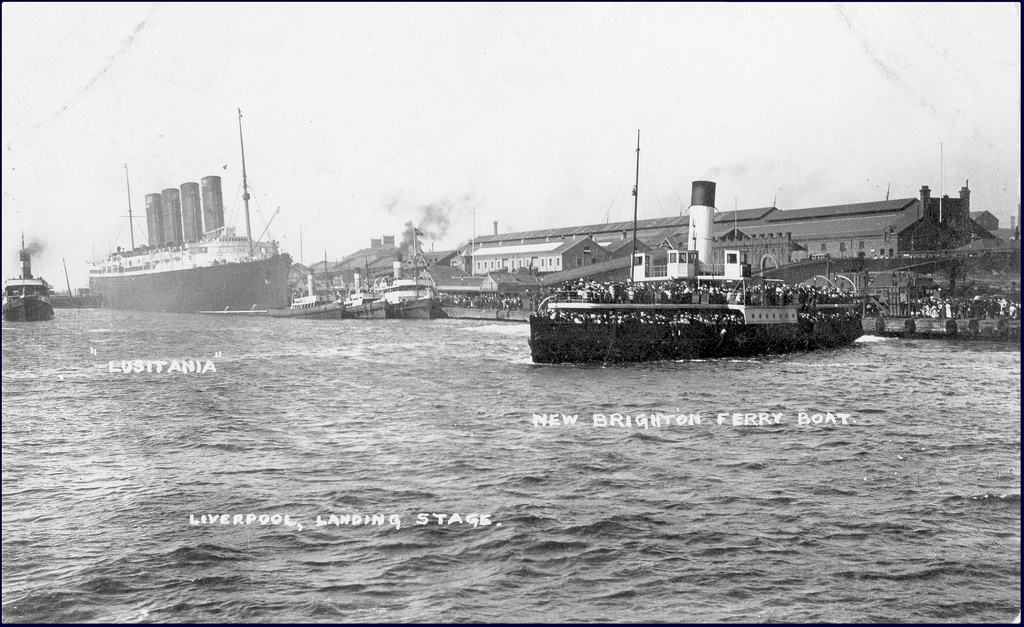 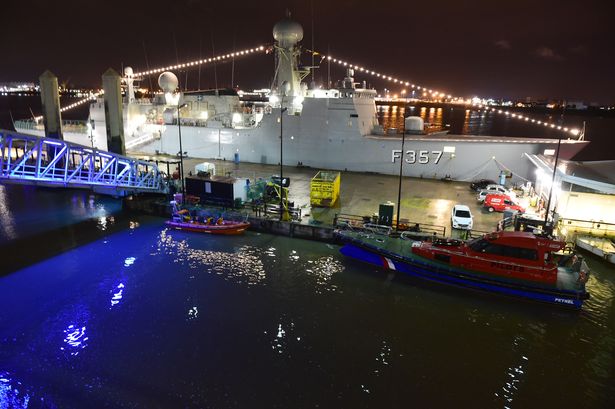 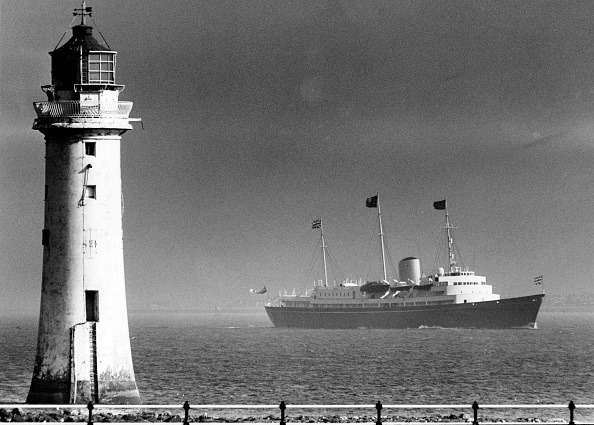 What a lovely photo, Joe. The light house sets it off well. Thanks
Top