lynne99 wrote:Good job you told me which was the iron man and which the photographer.

I'm so glad i told you beforehand Lynne.

The Great Eastern Beached on a sandbank, on the River Mersey 1889. 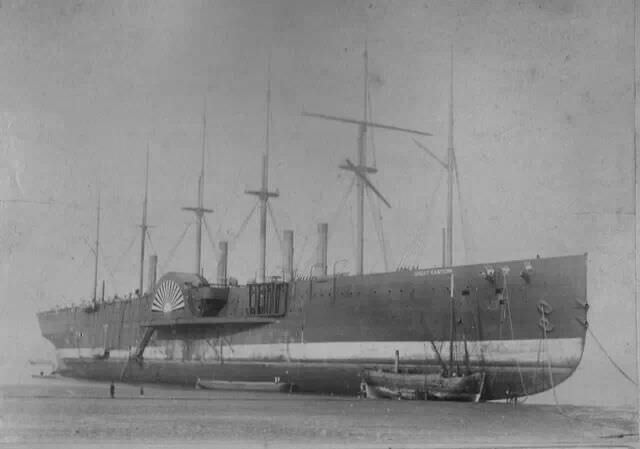 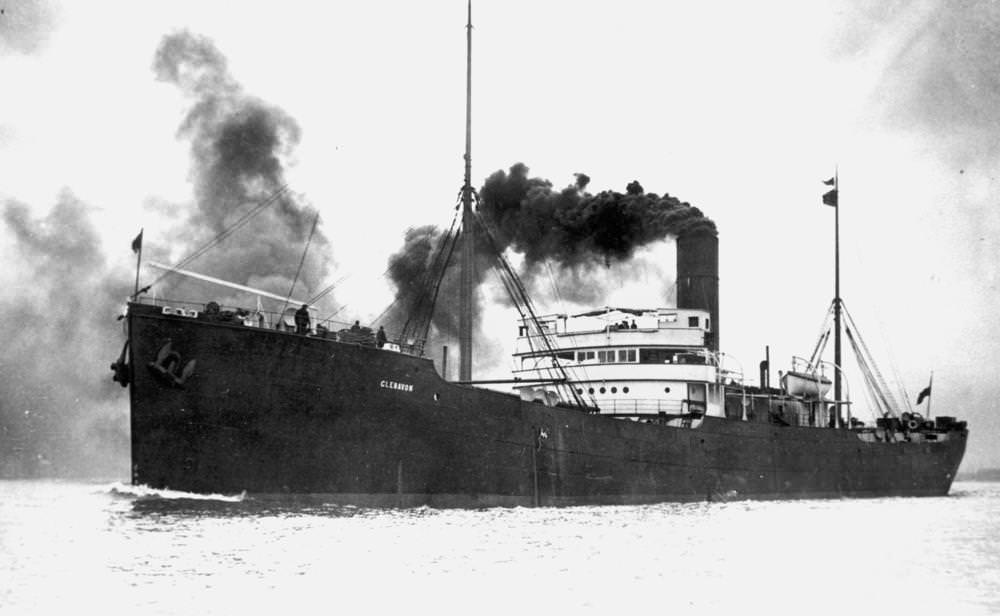 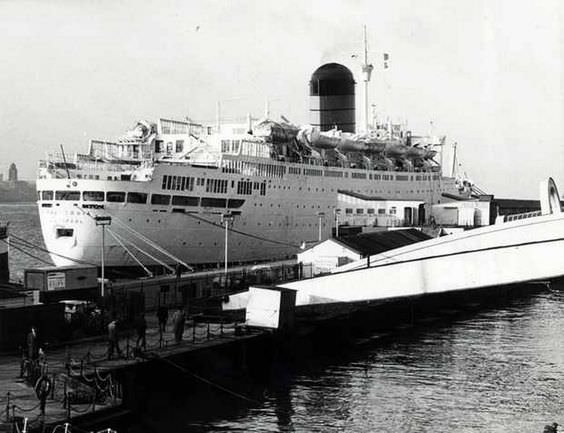 Thanks Joe,
Originally built as the Invernia for Cunard and remodelled and renamed as Franconia before being sold to Russians.
Cheers Ken
Top

Thanks for that bit of info Ken. 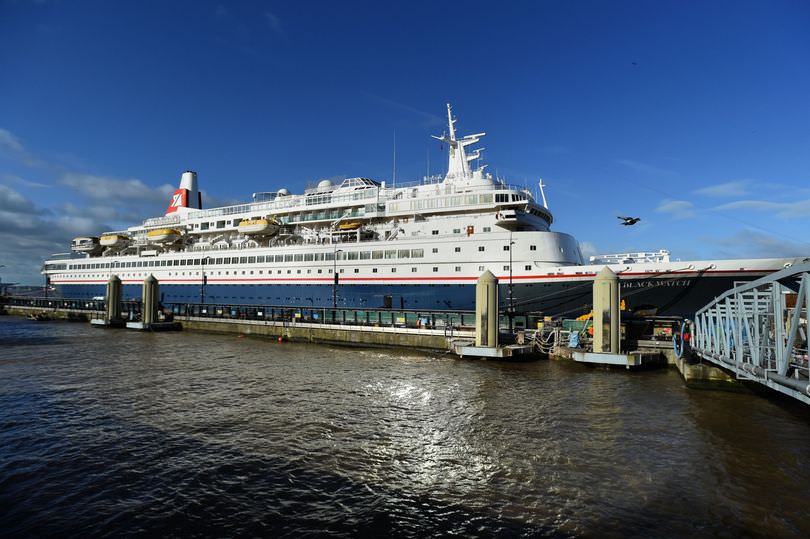 Thanks for the pics, lads.

The Three Queens in Southampton Waters. 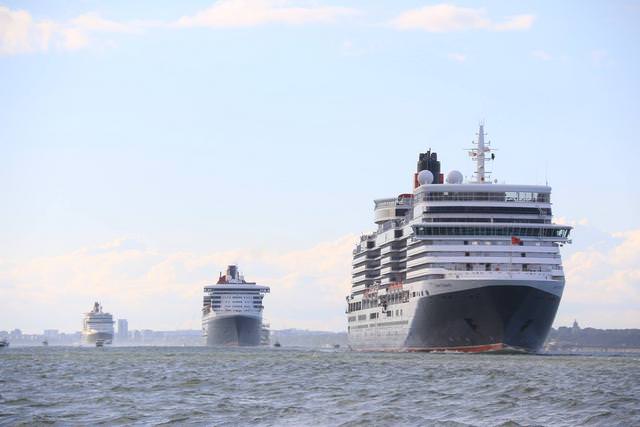 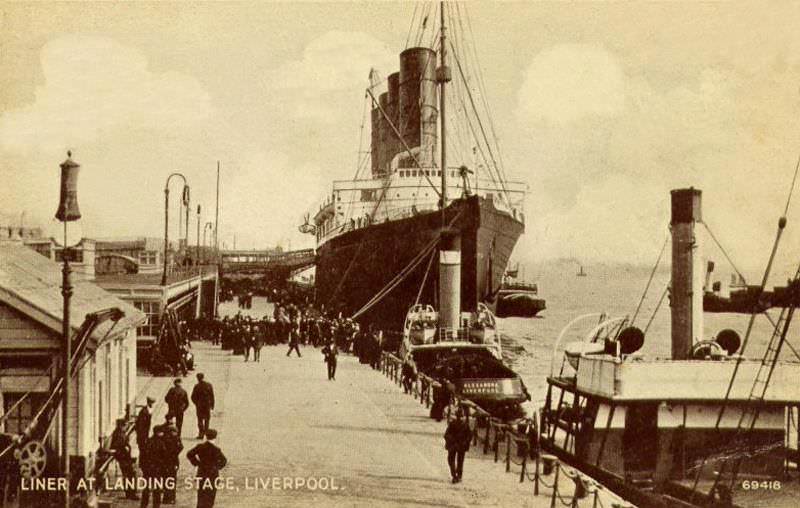 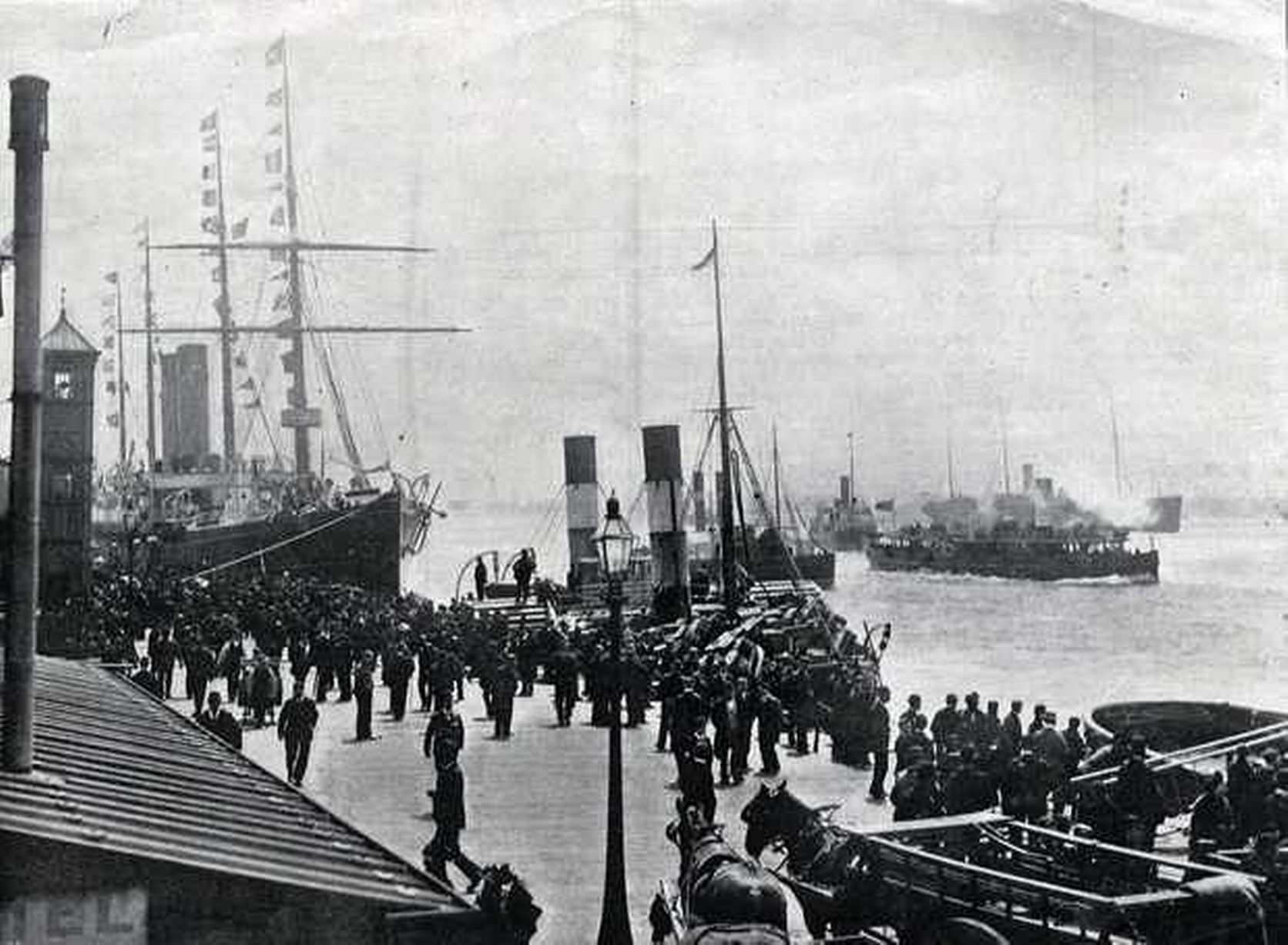 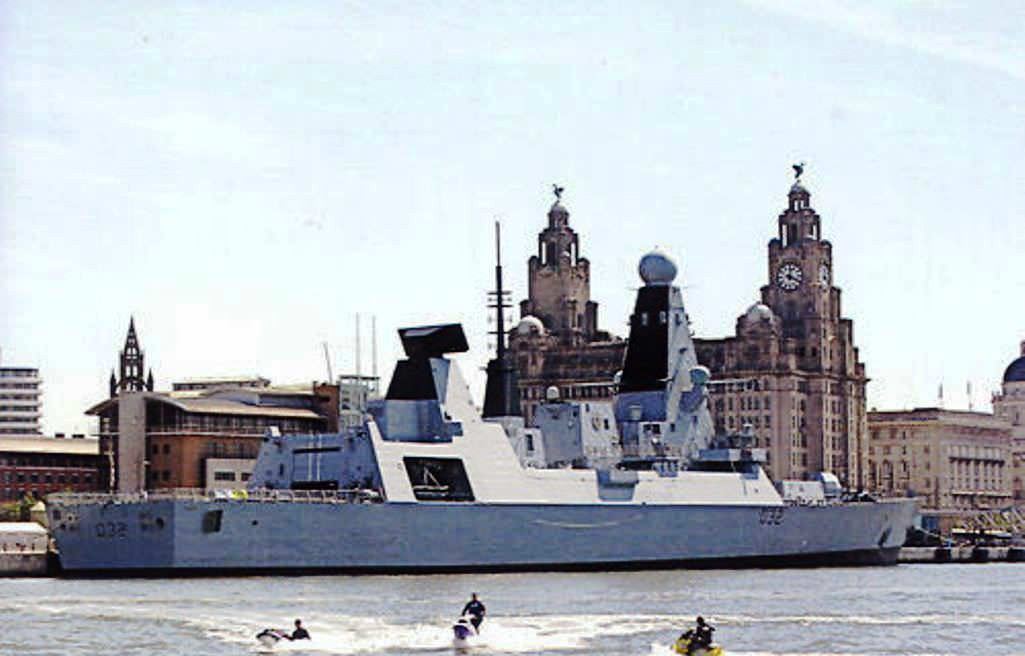 HMS Daring escorted us up to and through Suez last year. The navy liaison office on board the cruise ship (Arcadia ) told us Daring was using the opportunity to exercise as if she was escorting a Carrier.

Good story of the Daring Ken. 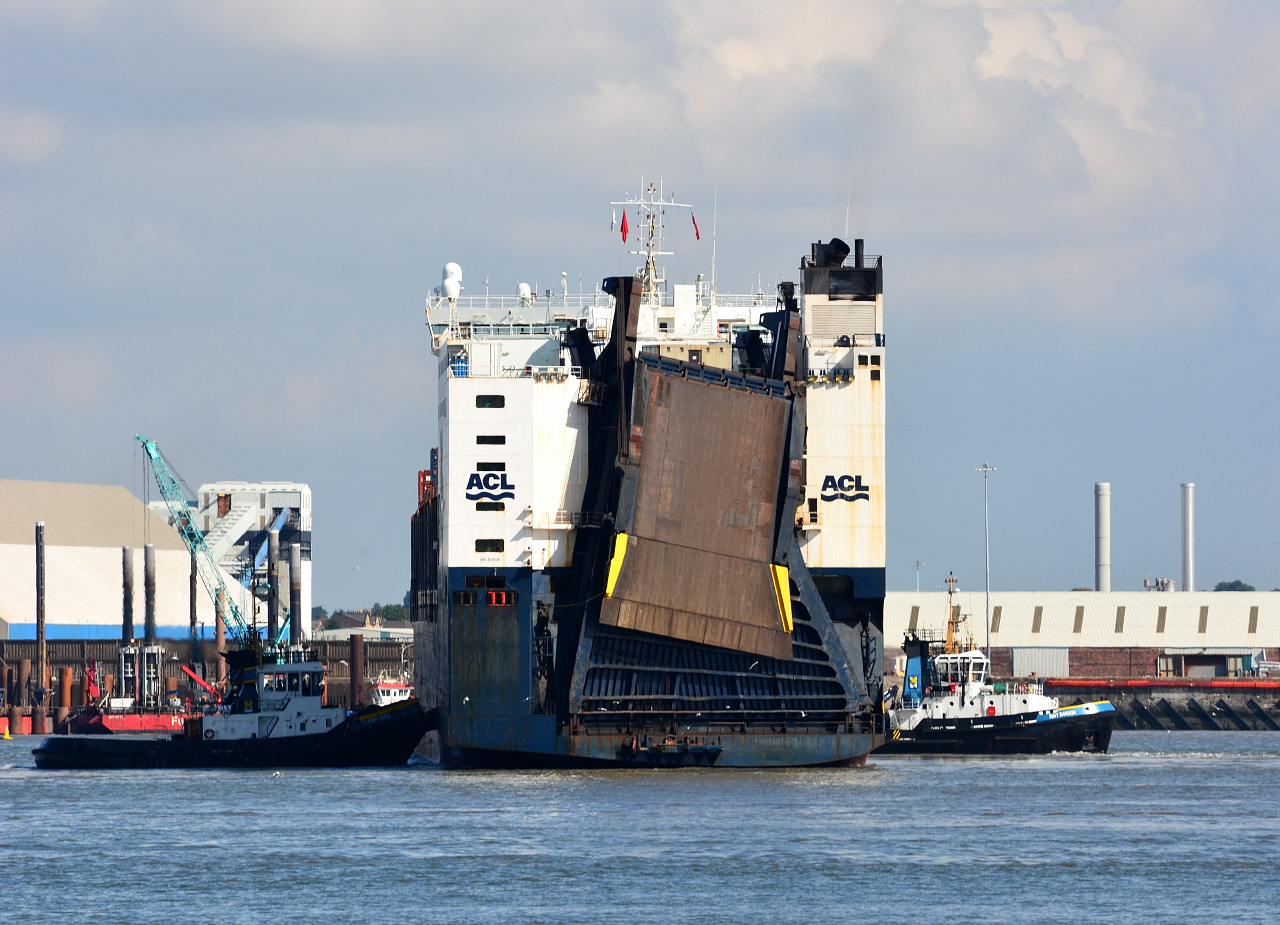 How long has that been going, Joe?
Top

The Atlantic Cartier was built in built in 1985 Phil,

The Atlantic Conveyor (built 1970) before she was sunk.
Atlantic Conveyor was a British merchant navy ship, registered in Liverpool, that was requisitioned during the Falklands War.
She was hit on 25 May 1982 by two Argentine air-launched AM39 Exocet missiles, killing 12 sailors. Atlantic Conveyor sank whilst under tow on 28 May 1982. 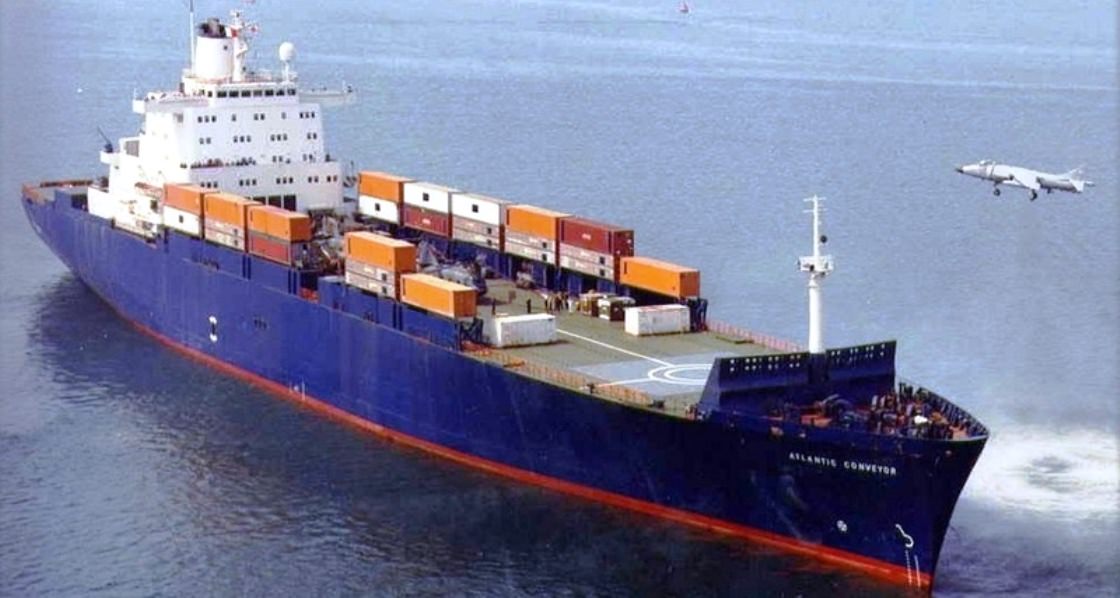 Thanks, Joe. Remember seeing her berthed at Seaforth.
Top

A few years back Vinny posted a superb photo of an ACL vessel approaching Liverpool .
It was that good I suggested he send it to ACL for their portfolio.
Anyone ever hear from Vinny ?

He just seemed to have disappeared Ken.

Type 42 destroyer, HMS Liverpool at the pier head. Known affectionately in the Royal Navy as ‘the red chicken. 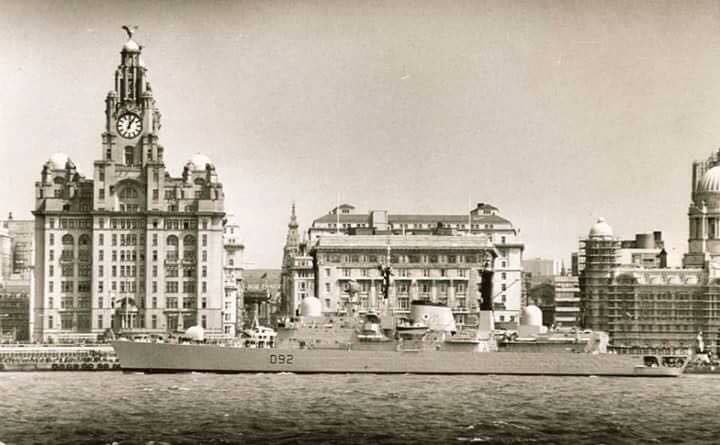 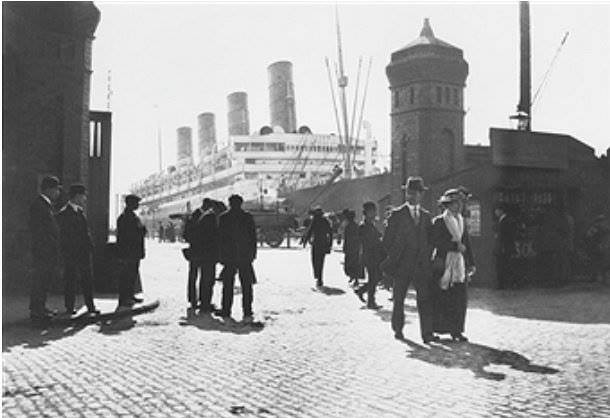 The coaster-dredger LUNESDALE on the River Mersey in 1965. The Lunesdale was one of several sand-dredgers operating in the estuary of the River Mersey. I think she was scrapped in 1968. 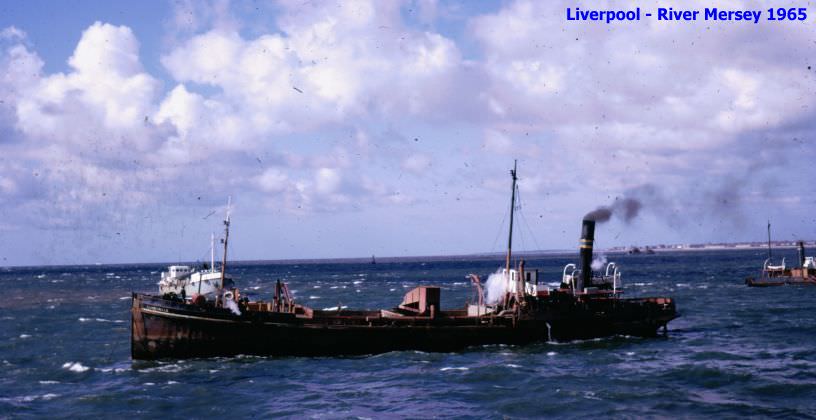 The 'African Queen' on a visit to Liverpool 1990

Great photos Bill, thanks for posting them.

The Arklow Rival passing the Royal Iris, in the Manchester Ship Canal 11/08/18. 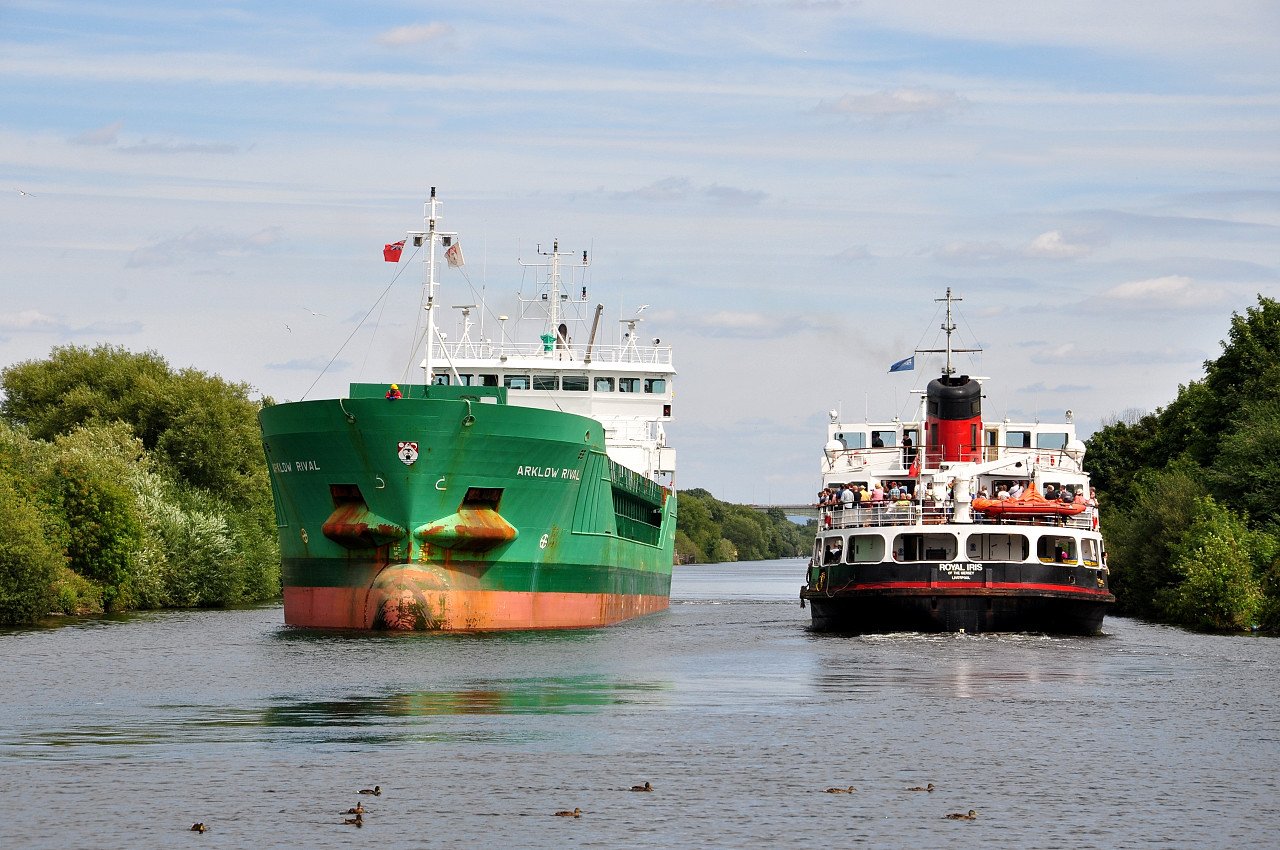 The Erasmos going into the Langton Dock for a load of scrap metal. 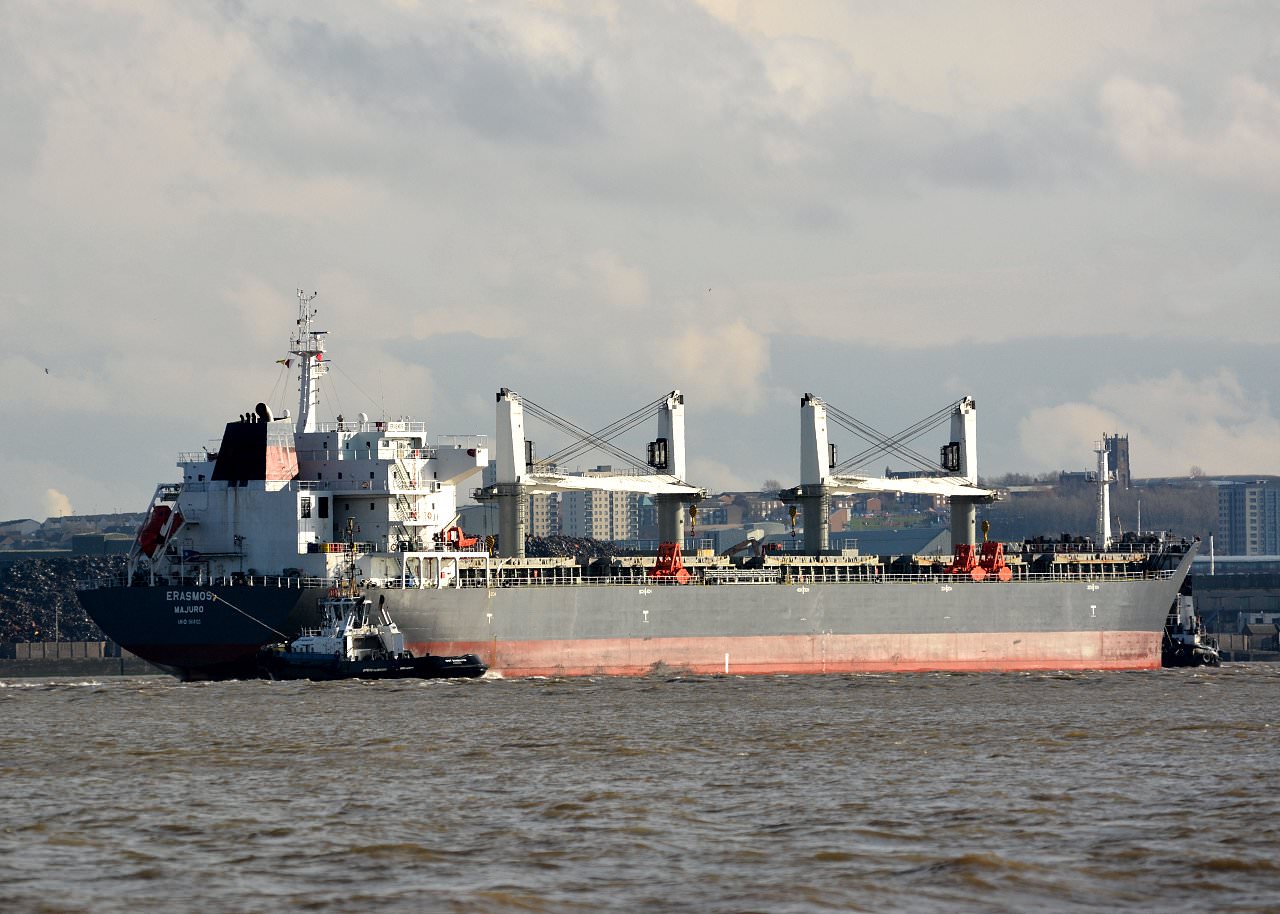 The Pasadena, you can see St Jimmy's Church on the left and the flats of Marsh Lane area of Bootle. 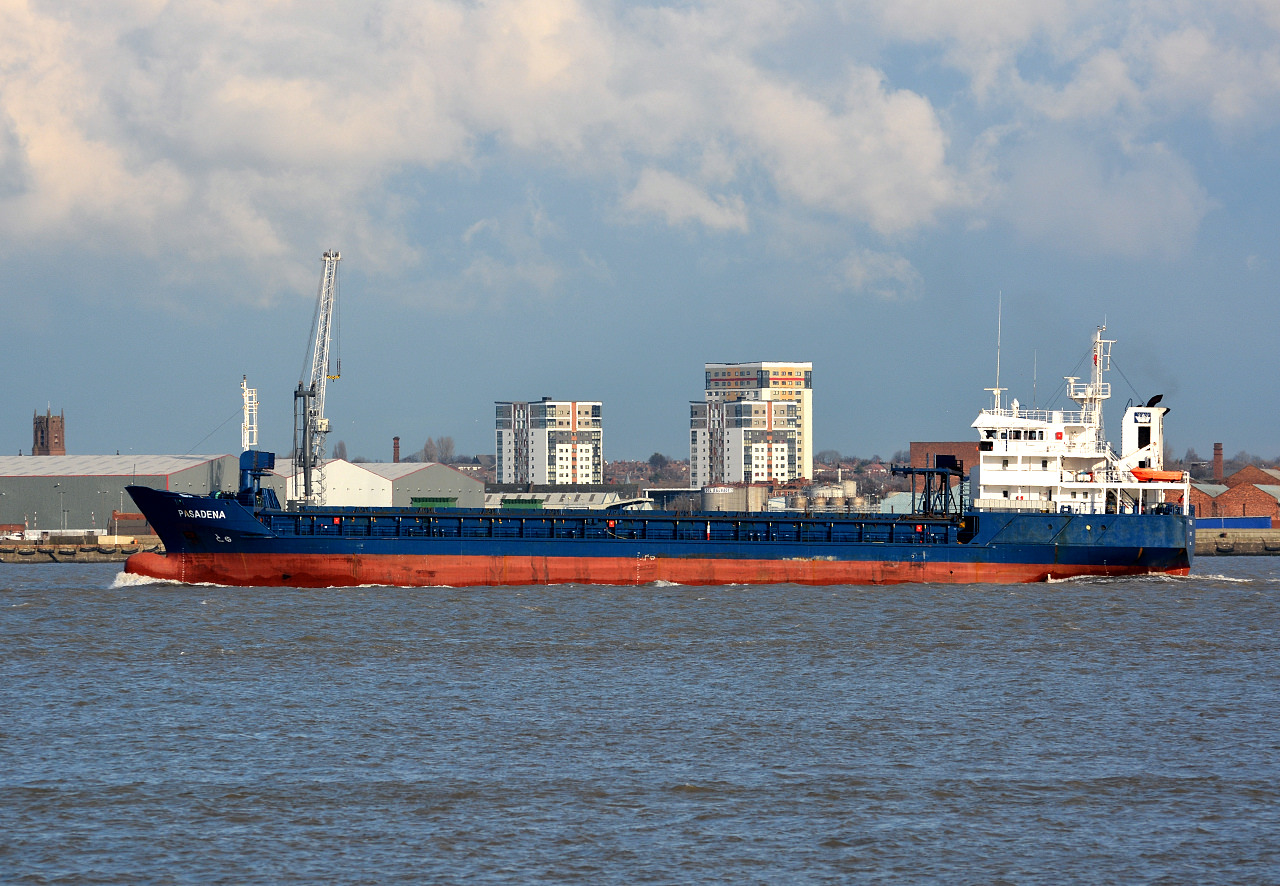 The old Landing Stage and Clarence dock power station in the background. 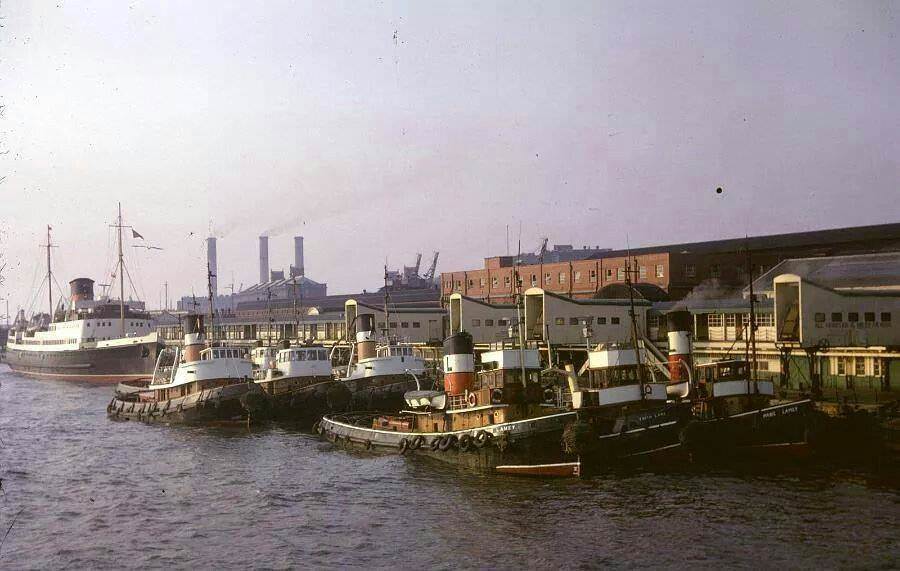 hi gang, my grandmothers brother drove a steam wagon for the power station all his working life. regards billy.
Top

Ferry across the Mersey crowds queue at the Pier Head, for the ferry to New Brighton June 1962. 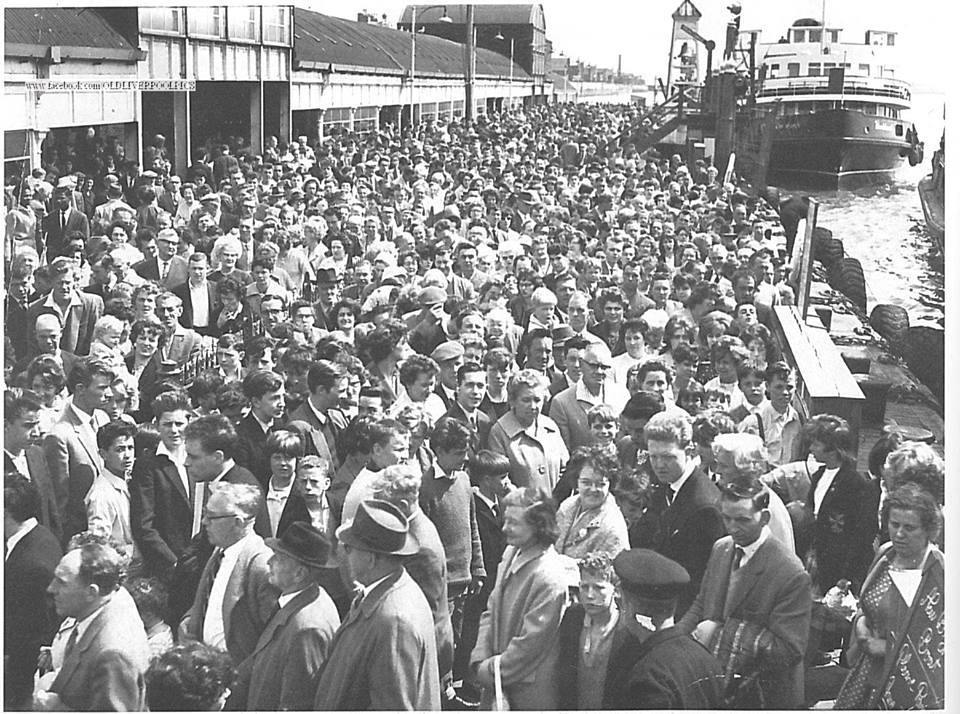 The Cunard iron Barque SS Parthia built in 1870 moored here at the Queens Dock in 1884. 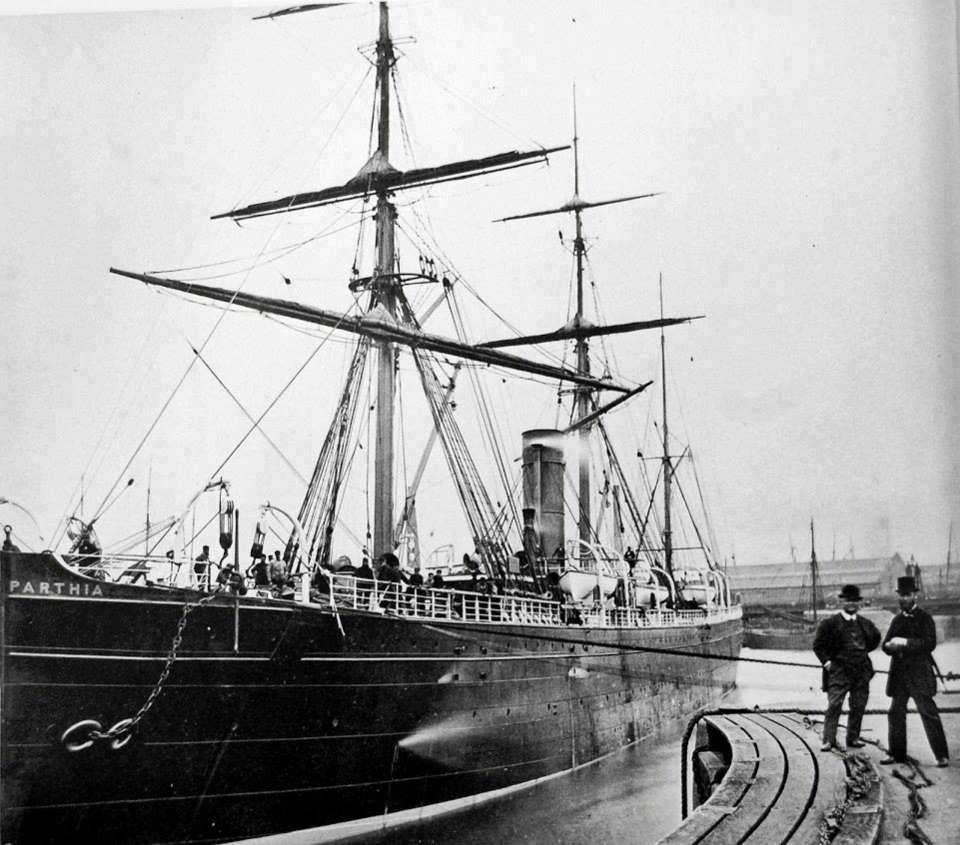