Thank's for your reply, Paul. 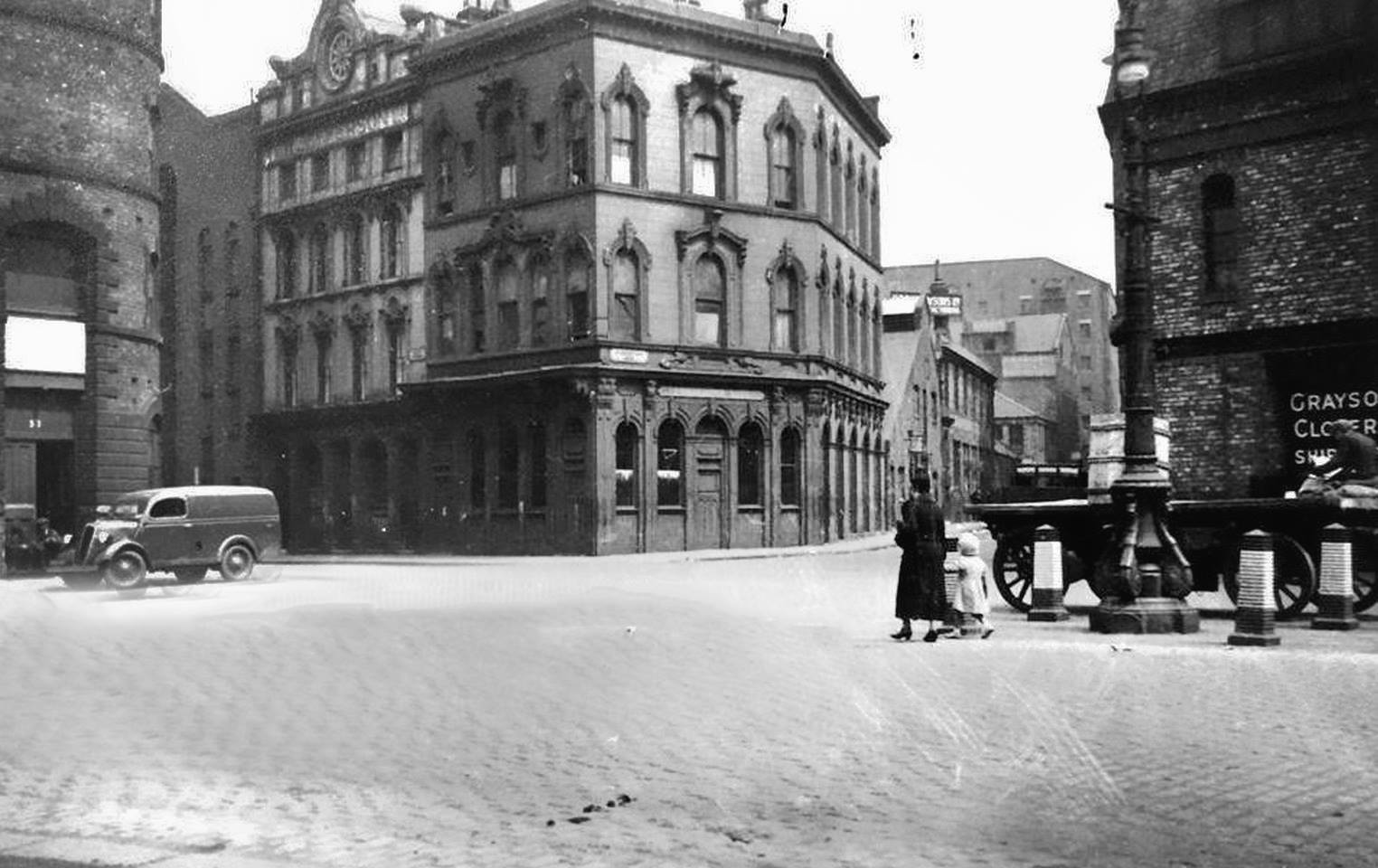 A very interesting picture Joe. The building on the right is Grayson, Rollo, & Clover, Ships Repairers.
The Bedford lorry in the attached picture shows Grayson, Rollo. & Clover on the headboard, It is actually
one of Jarvis Robinson Transport lorries, who had a regular contract with Graysons to carry tools and
equipment including welding gear, and two or three of Graysons tradesmen from ship to ship to carry
out their repairs and maintenance on both sides of the River Mersey. It would be nice if you could post this
picture alongside the Wapping picture because of the connection. I think that the Wapping picture is from
early 1950s, the Ford 10cwt van on the left, and the horsedrawn trailer at the front of Graysons, perhaps
Jarvis Robinson did work for Graysons from a long time back. The Jarvis Robinson name on the cab door
of the Bedford can just about be seen.

Thank's for your comments Paul and Ray for the photo. 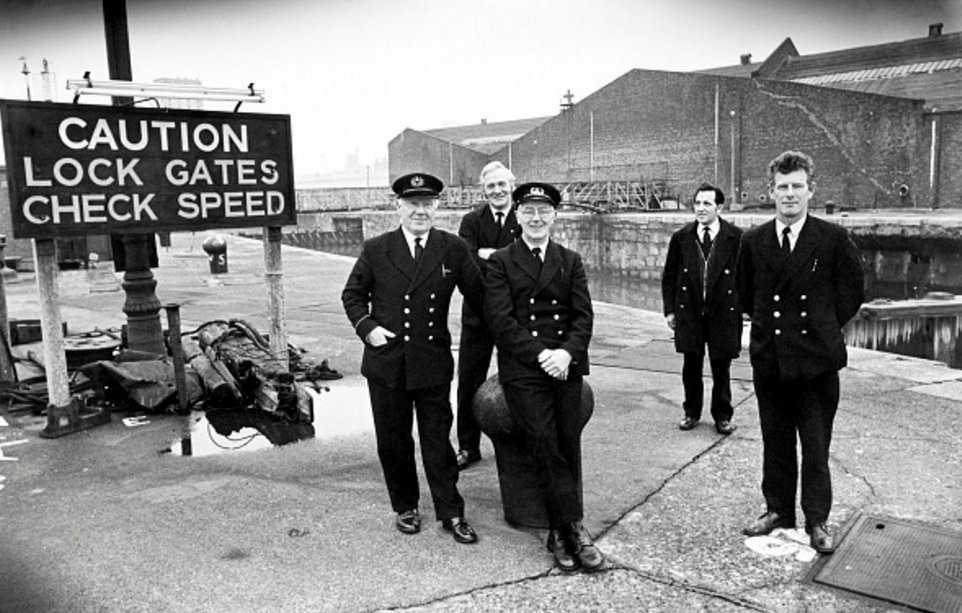 A railway train on the Overhead in its Last Day's 1956. 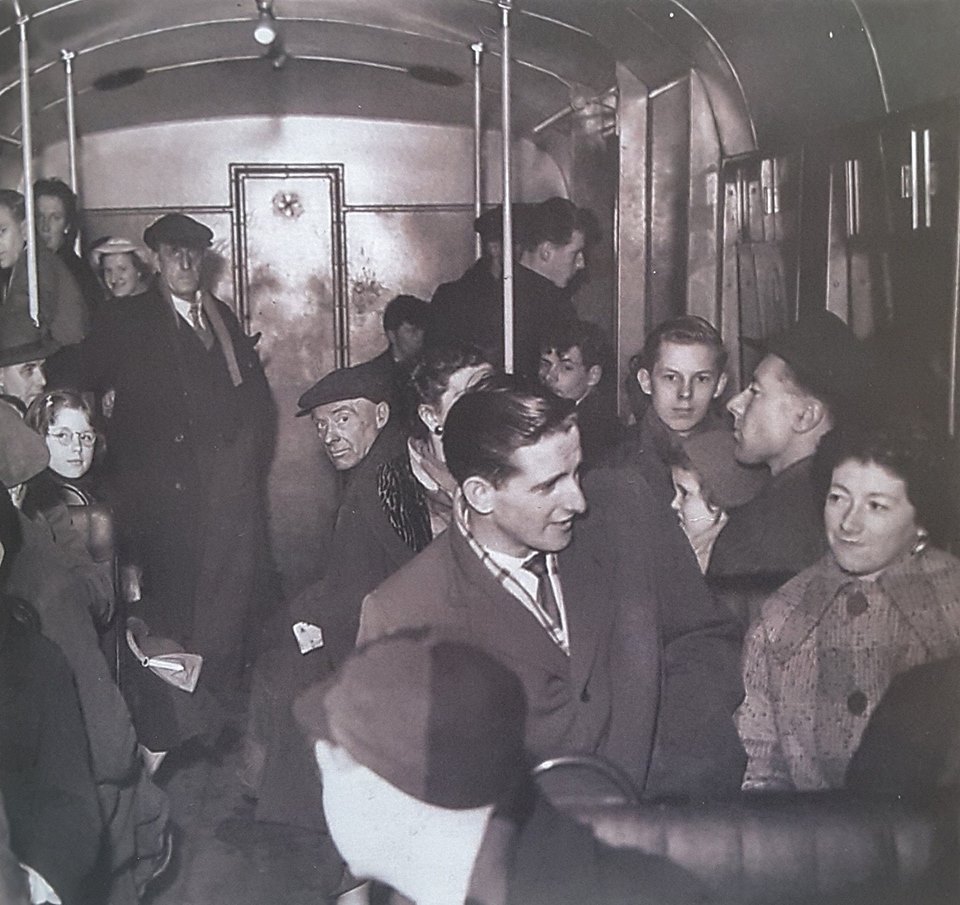 The Green Man on Vauxhall Road, getting a delivery of beer you don’t see dray wagons like these anymore, as there's not that many Pubs around these days.

On the left, you can see a Moggie Minor and someone trying to make a living pushing the handcart collecting scrap. 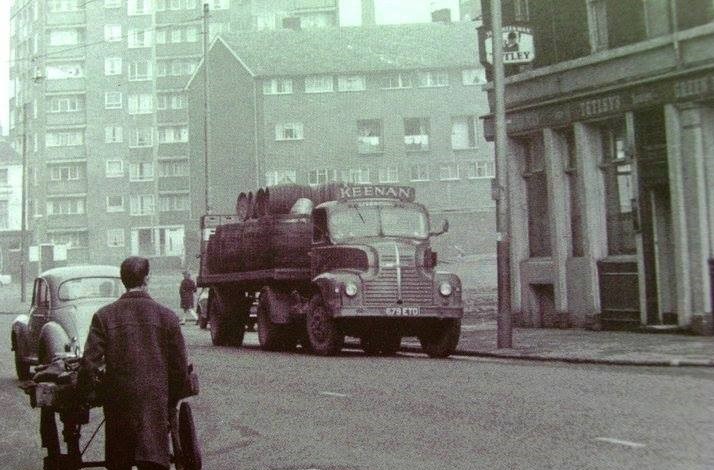 fatboyjoe90 wrote: ↑
Mon May 11, 2020 8:30 pm
The Green Man on Vauxhall Road, getting a delivery of beer you don’t see dray wagons like these anymore, as there's not that many Pubs around these days.

On the left, you can see a Moggie Minor and someone trying to make a living pushing the handcart collecting scrap.

The Leyland Comet artic lorry belonged to M.A.Keenan of Blackstock Street, doing brewery deliveries for Tetleys.
I remember when The Green Man pub was Walkers, and on the next street corner was another Walkers pub, but
I cant recall its name. One of these pubs was at the bottom of Burlington Street, and the other was near to Bond Street
or Eldon Street, and I cant remember which was which. Cheers, Mines a pint,

Thank's for your comments Paul and Ray.

Car’s Biscuit depot, Victoria Dock 1927.
As road transport improved and motorised vehicles became more common. Companies could expand their markets and sell their produce further afield. These vans are being loaded with boxes of biscuits and confectionery, destined to be sold in grocer's shops throughout the country. 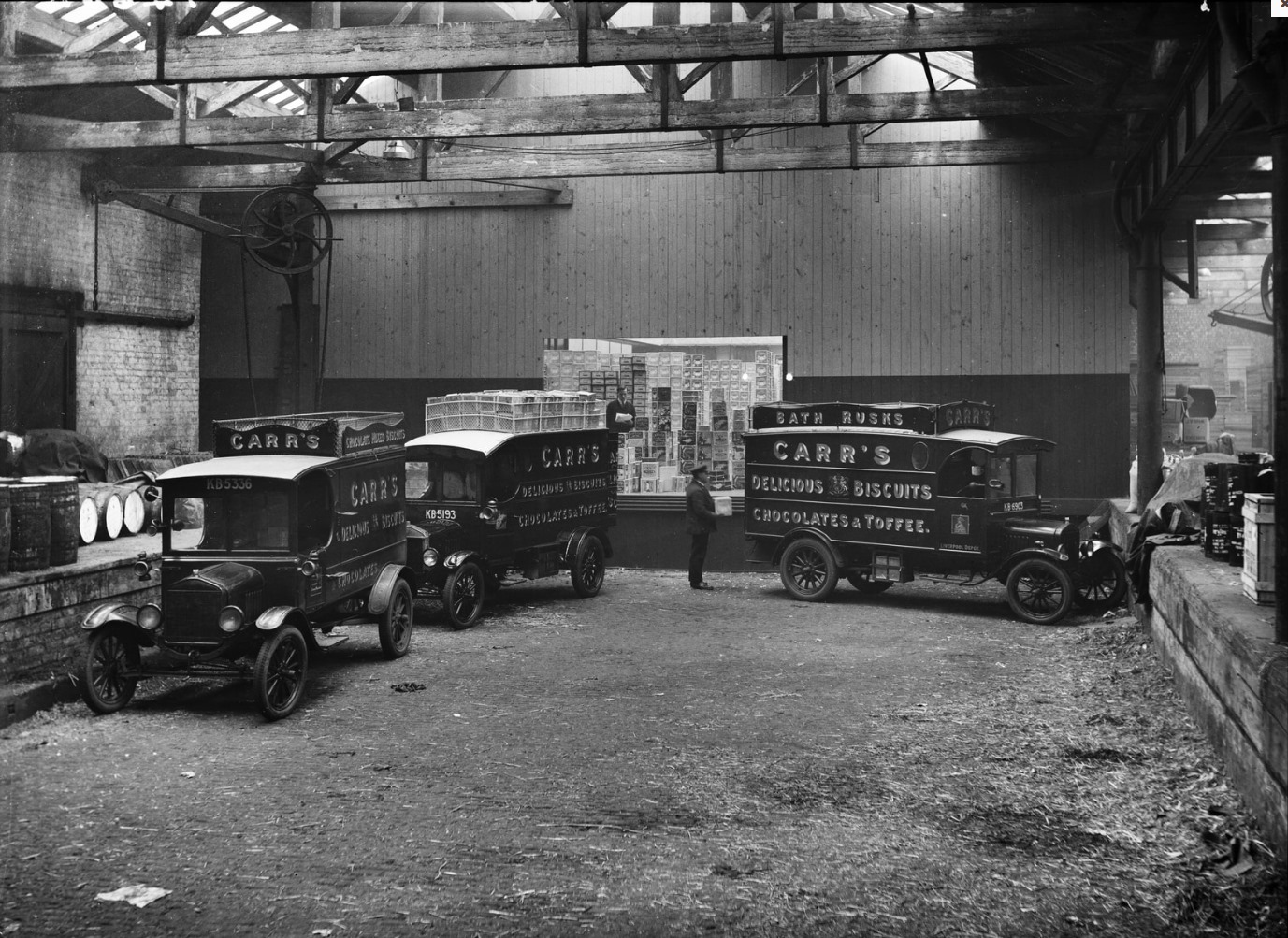 You're the same as me, Paul.

Empress of England at the Landing Stage no date. 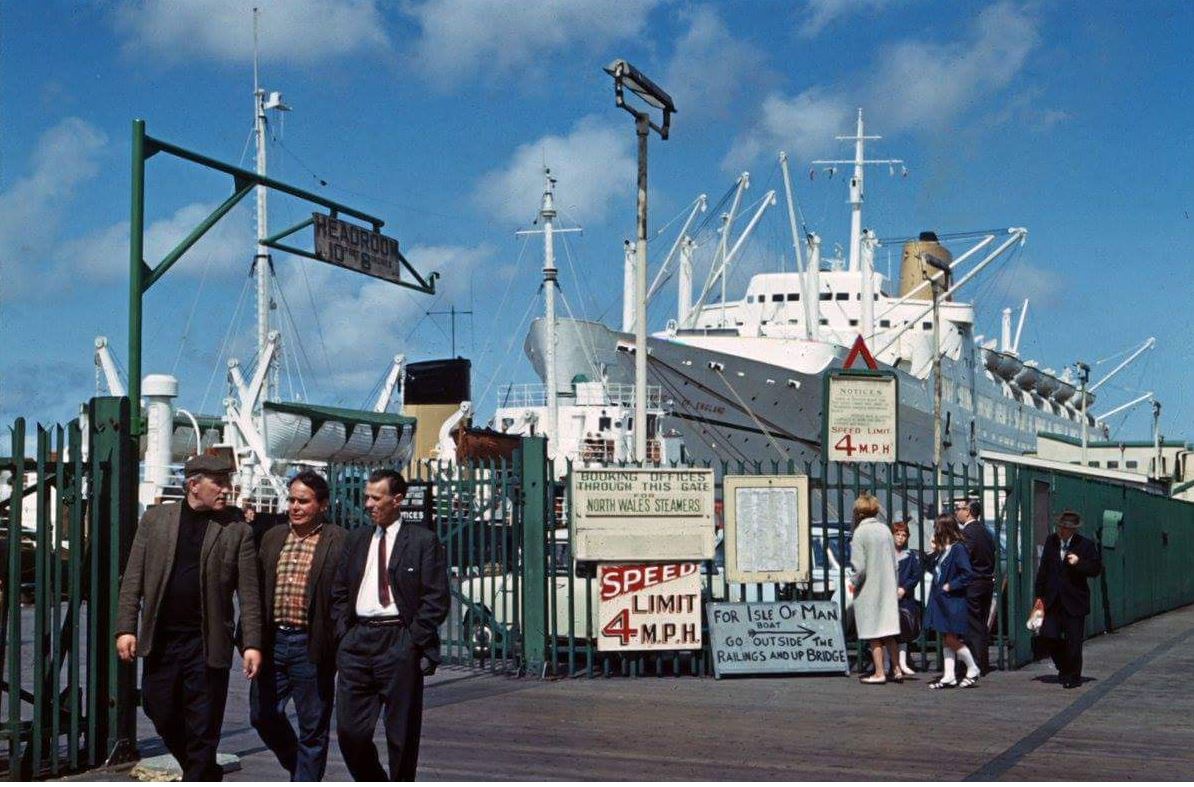 Another good one Joe, my uncle worked on the Empress ship’s.

Thanks for posting, Joe. Looking at the signs, I wonder why the North Wales steamers stopped going there? I know I'd rather sail there for the day than drive, as long as the price was reasonable.
Top

Another great picture Joe. The daughter of a neighbour of ours was a senior hostess on the Empress ships,
sailing from Liverpool to Montreal and or Totonto, her name was Rene Spring. Her father, Dick Spring, used
to take her down to the Pier head in his new Morris 1000 early on a Monday morning. The ship sailed about
10am and arrived in Canada Friday evening. Rene and the crew were " Weekended " there, and sailed back to
Liverpool on Monday morning. Rene did this work for a number of years. On a sad note, Dick Spring was in
a terrible car accident on Picton Road, Wavertree, about halfway between Rathbbone Road traffic lights, and
the railway bridge near Tiverton Street. Dick Spring and his Morris car, reg number GHF 81, were in collision
with a Corporation bus, and the bus ended up on its side. Dick Spring died at the scene. There was a picture
of the accident in the Liverpool Echo. I think it would be about 1961/62. Rest in peace Mr Spring.

Thank's for your comments Paul, Phil and Ray. 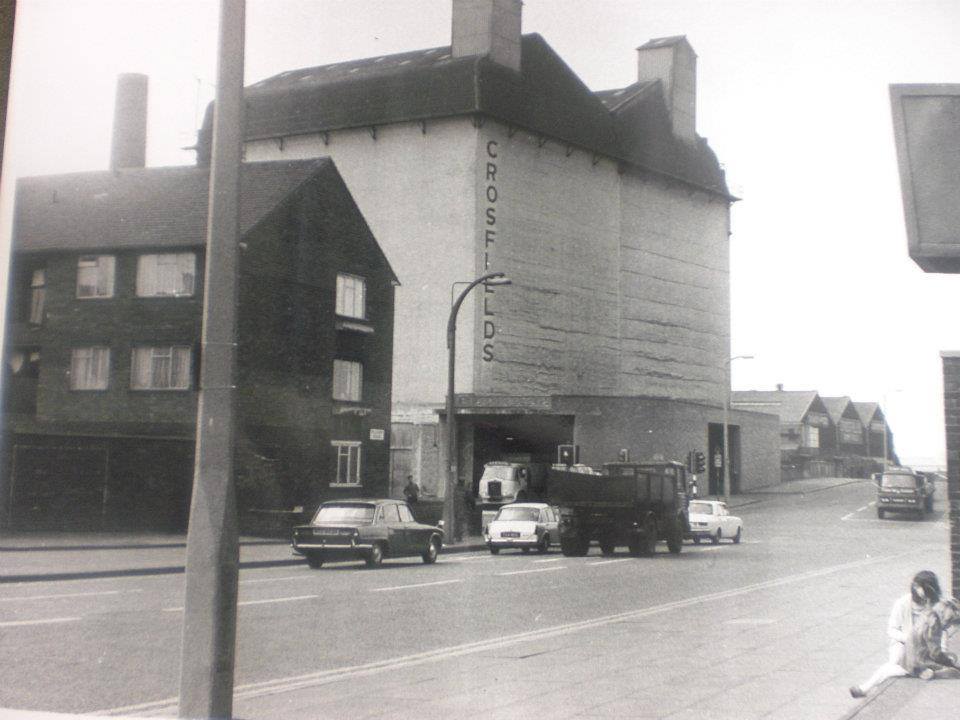 Horse and Cart, loaded with bales of cotton approaching the Alexandra Dock 1901. 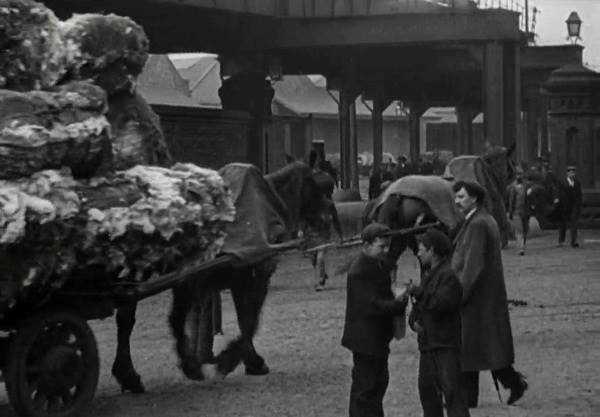 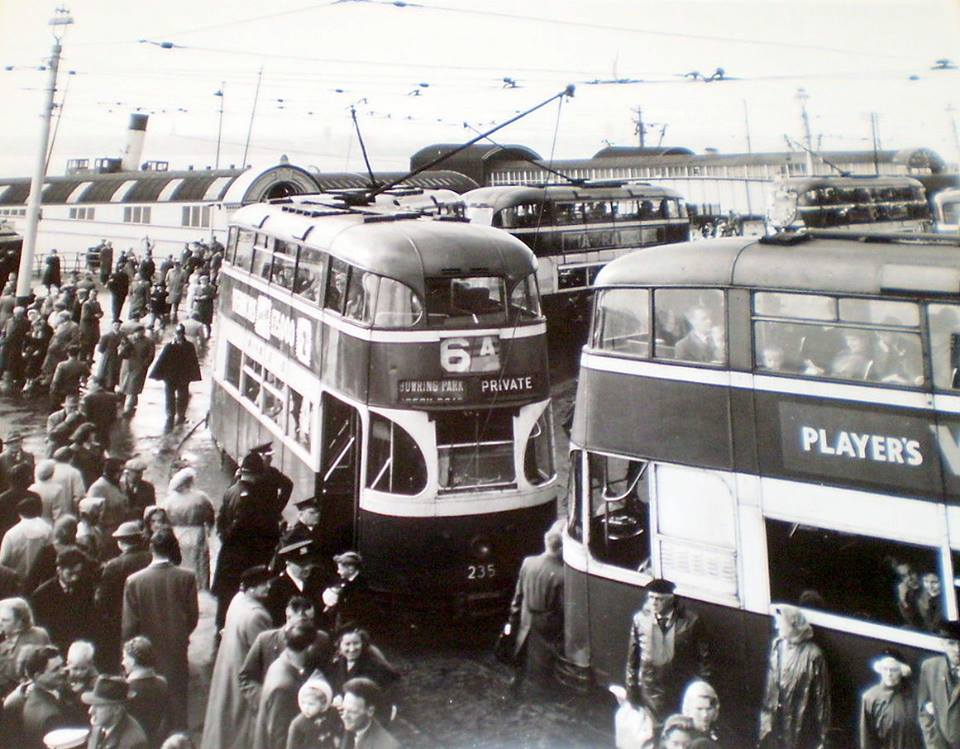 IOM Offices at the landing stage 1969. 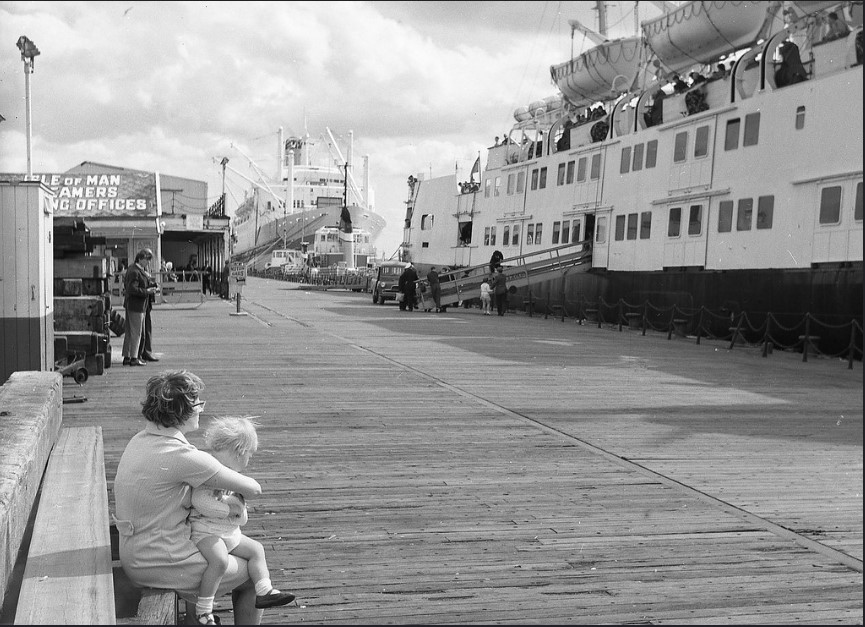