Hello, I am Ray Smyth, a retired HGV driver living in Wigan. In June 1965 aged 21,
I started work for Jarvis Robinson Transport of Bootle. I would like to see some
pictures of their lorries, particularly Leyland Comet Reg No. NKF 176. Ray.
Top

Hiya Ray welcome to the site.

Go to Thomas Wilson Canal Street on the link below and you’ll find loads of photos of wagons from Bootle.

Welcome aboard Ray. Great to see you now posting here after sorting your sign up issues 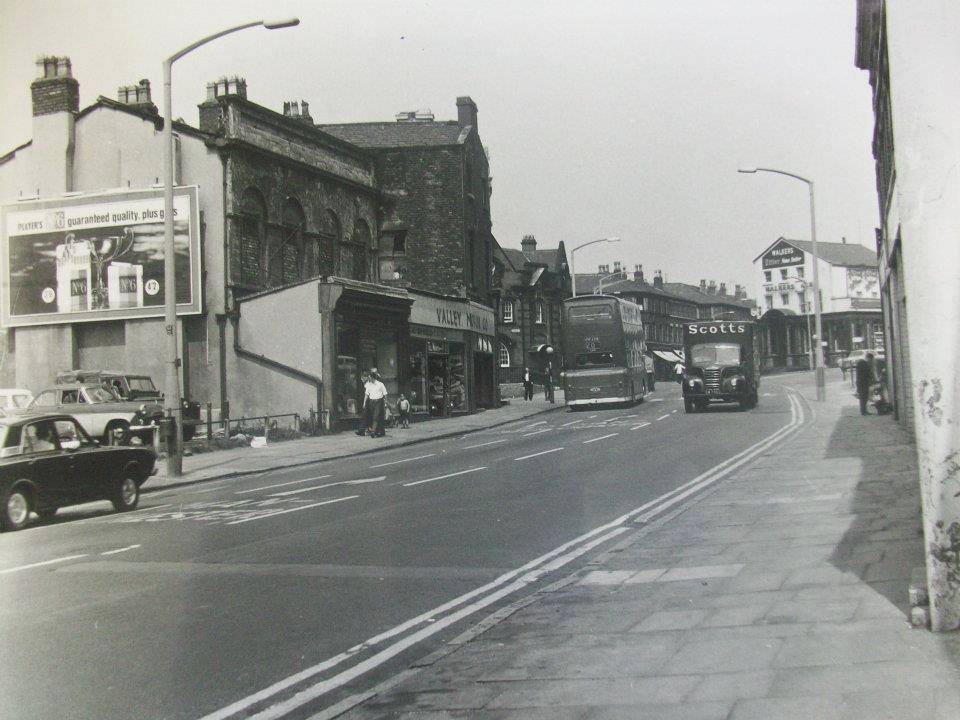 I am grateful to Joe and Mack for their messages of welcome to this forum. My connections, or almost connections
with Bootle are, I was born not far away at Walton Hospital, My Dads family home was 51 Buchanan Road, near to
Breeze Hill. In the late 1920s, Dad started work for Greenbanks Dairy at Glebe Farm, Walton Village, and later at
their dairy in Bedford Road. Greenbanks Dairy , I believe became part of Liverpool Co-operative Dairies, where Dad
spent most of his working life as a driver. A long time friend of mine is Peter Walsh who lives in Bedford Road, Peter
was a driver at Jarvis Robinson when I worked there. I recently learned that Jarvis Robinson were a Coast Lines
company, and merged with Cranmer Cartage to become Jarvis Cranmer. I would like to find some pictures of local
vans of the area, Blackledges Bread, Richard Taylors Bakery from Buchanan Road, and the Liverpool Echo vans
from the 1960s, which at that time were a deep red colour, similar colour to Ribble buses, who had 2 depots in your
area, Aintree and Bootle. I have just thought of another Bootle link, my eldest brother Ken was with Inland Revenue
for all of his working life, most of which was at Balliol House office.

Thanks for your comments Ray, did you have a look at the link that i posted for old wagons 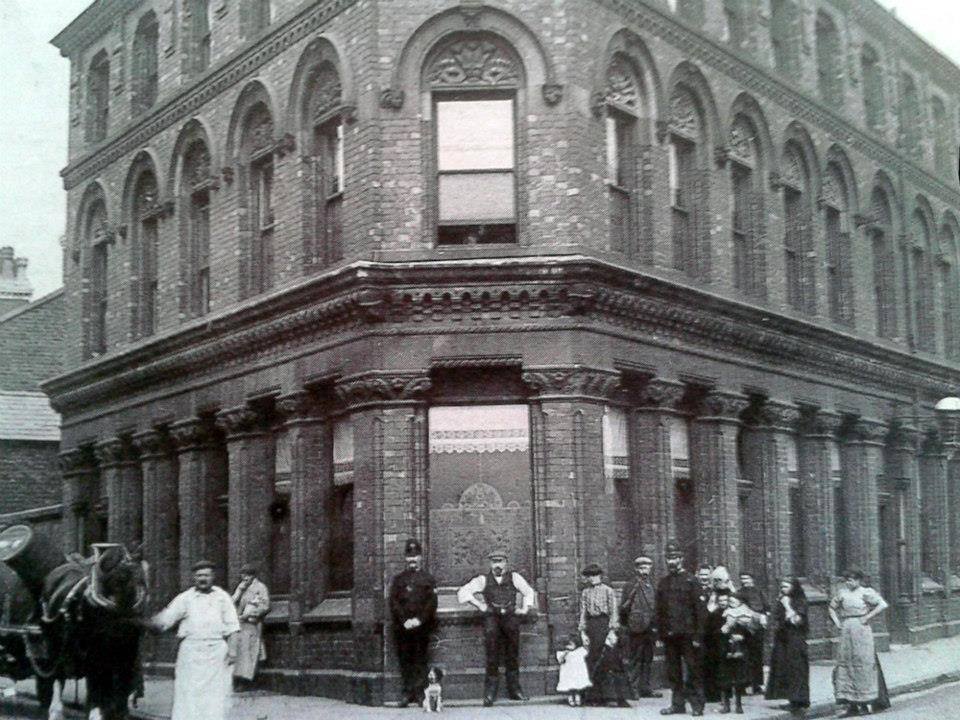 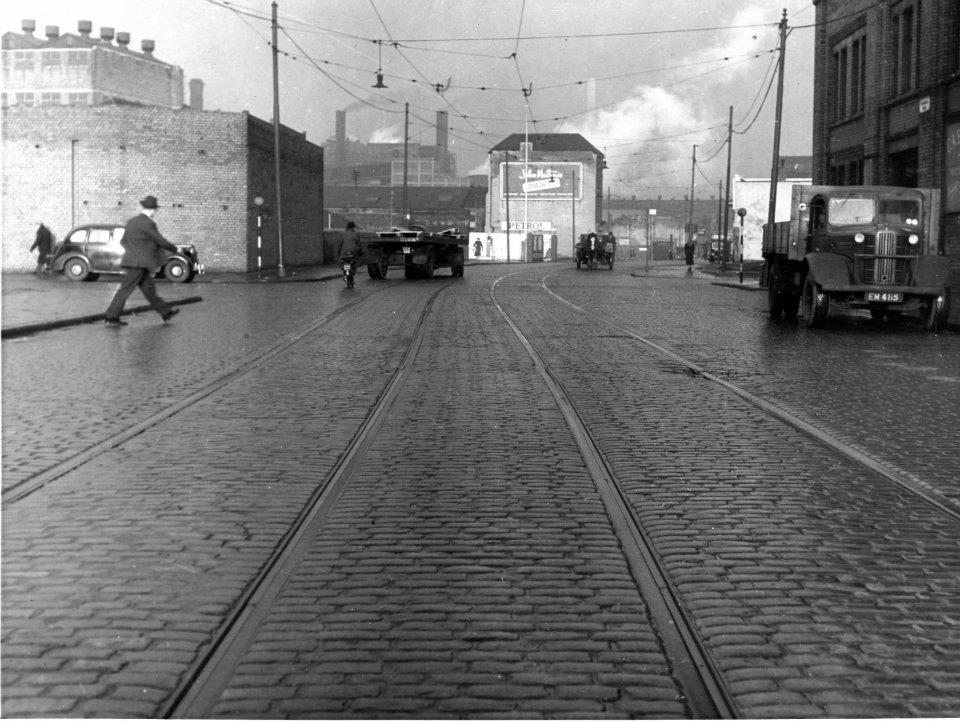 Cargill, when this was first built in the 1980s it was Bibby’s On Regent Road Bootle. 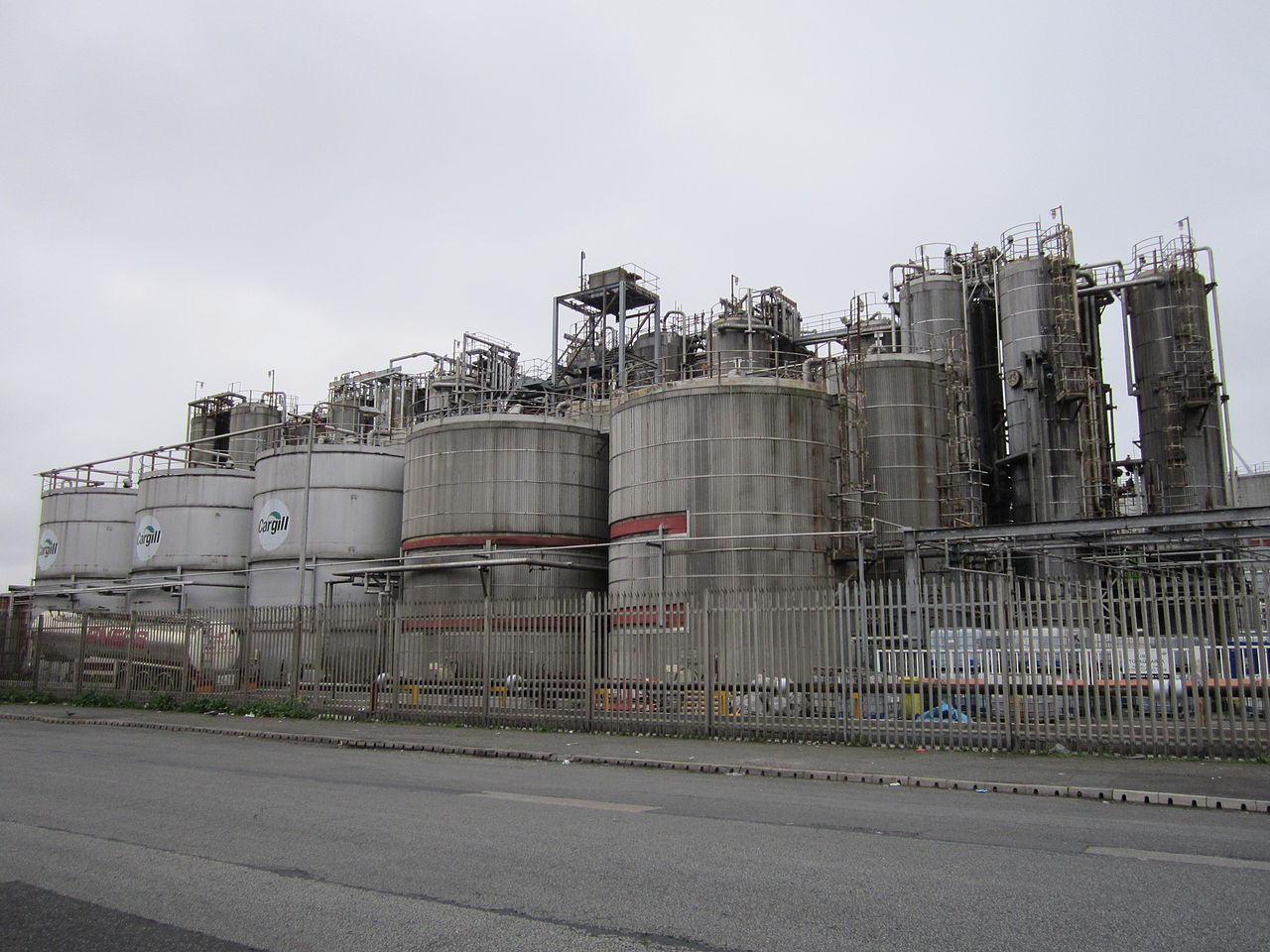 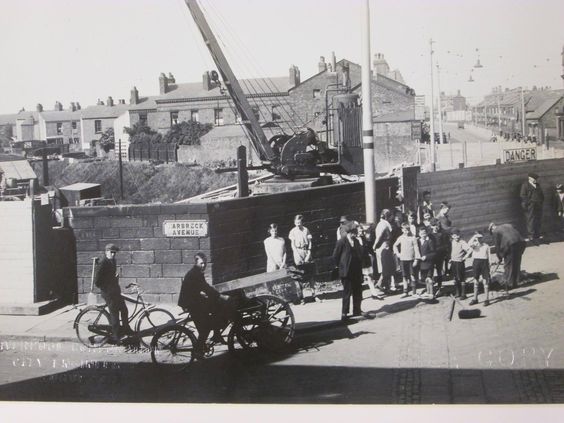 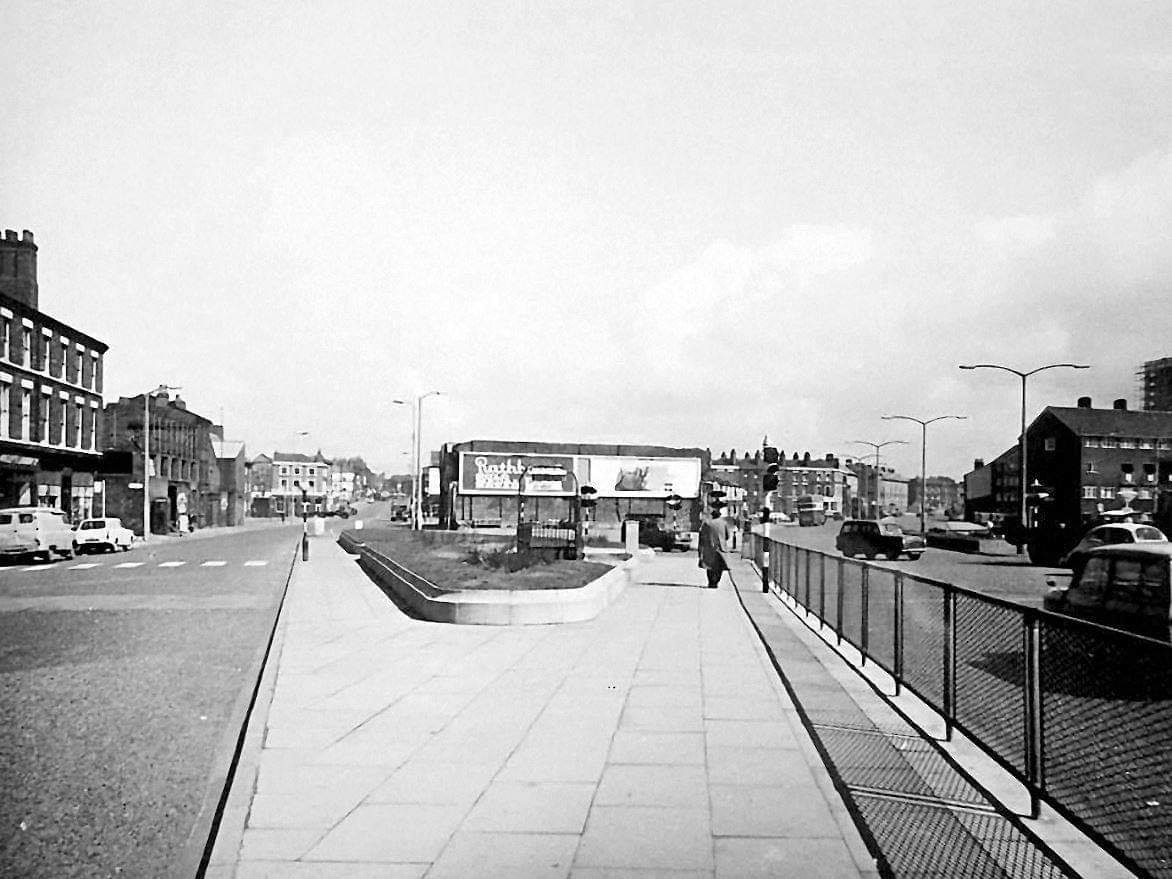 To be fair, they're more likely to be caught short than young men!

Another one Joe. Is that by the Black Bull pub. Old railway station called Prescot Road.
Home of the "Edmonton Oilers" Future Stanley Cup Champions.

A slight slip of a finger Ken. The old disused gents toilet.

Another one Joe. Is that by the Black Bull pub. Old railway station called Prescot Road.


Hiya Ed, the Black Bull is opposite Ed.

Hey Joe. Is that the old Rotunda. Westminster Road area.

Yes, Ed, that is the old Rotunda, Scotland Road and Stanley Road. Westminster road starts just before Kirkdale railway station, hope you’ve got your bearings right after that. 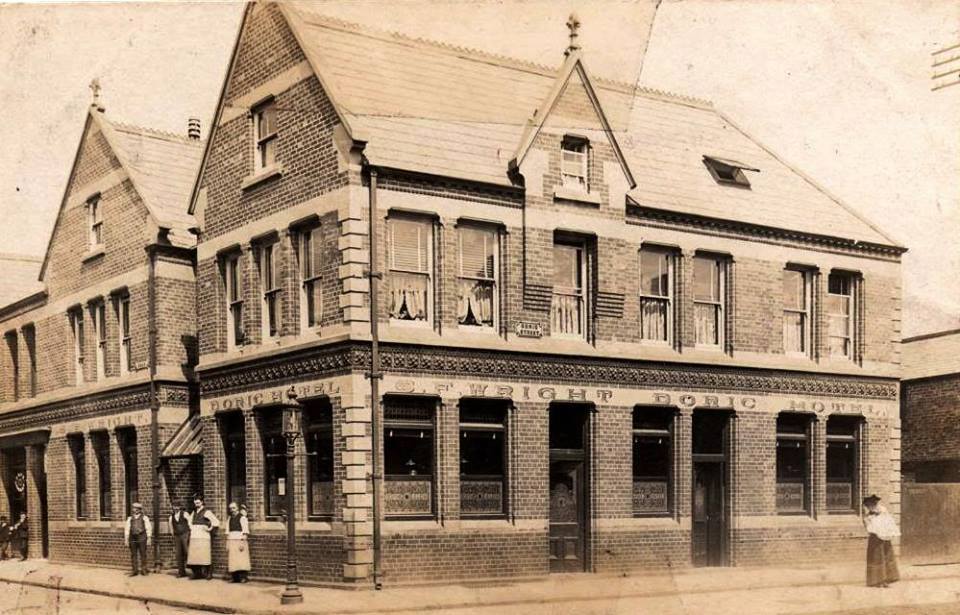 Soon to be flats, Joe.

Another one Joe. Is that by the Black Bull pub. Old railway station called Prescot Road.


Hiya Ed, the Black Bull is opposite Ed.

This one is driving me mad. I'm damn sure there was a railway station across the road. Tried google but no luck.
HELP
Home of the "Edmonton Oilers" Future Stanley Cup Champions.

To stop you going mad Ed, perhaps this will help you.

This one is even better. Rice Lane railway station is a railway station in Liverpool, England, located to the north of the city centre in the Walton district. It is on the Kirkby branch of the Merseyrail network’s Northern Line.

The station was opened on 20 November 1848, and was known as Preston Road until 14 May 1984. It is located just to the north of Walton Junction, where the Kirkby and Ormskirk branches of the Northern line diverge; Walton (Merseyside) station on the Ormskirk line is close by (5 minutes away on foot along Hornby Road).

Just finished with googling it. Looks like they have filled the railway lines in and made a path where it was. Nice to see The Black Bull is still standing. Can't remember going in there for a pint though
Home of the "Edmonton Oilers" Future Stanley Cup Champions.

For my mate Joe
The Liverpool and Bury Railway built the first line into Liverpool from the north. It ran from Bury in Lancashire (now Greater Manchester) via the towns of Bolton and Wigan, reaching the city of Liverpool in 1848. Soon afterwards, the Liverpool, Ormskirk and Preston Railway's route to Preston was built sharing the L&BR line as far as Walton.[1]
Bit old I know. Maybe Matt travelled on it.

Well done Ed, for finding all that info on Rice Lane Railway Station. 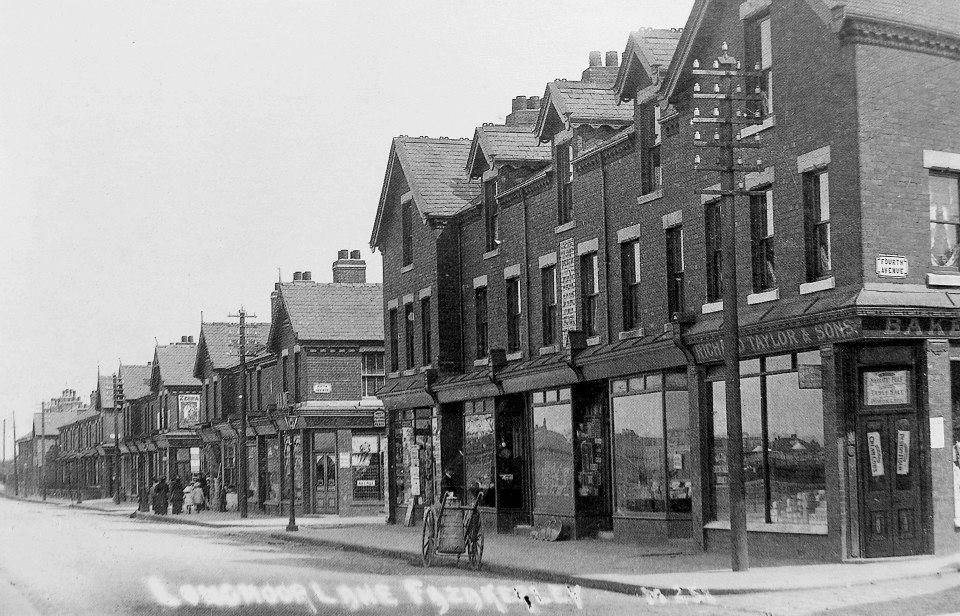 Have you been on that brandy again, ya nark?

fatboyjoe90 wrote:Have you been on that brandy again, ya nark?

Hi Joe. Just come out of the "Black Bull' and am waiting for a train at Prescot Road.

I'll see you in the next world, as you're in for a very long wait Ed. 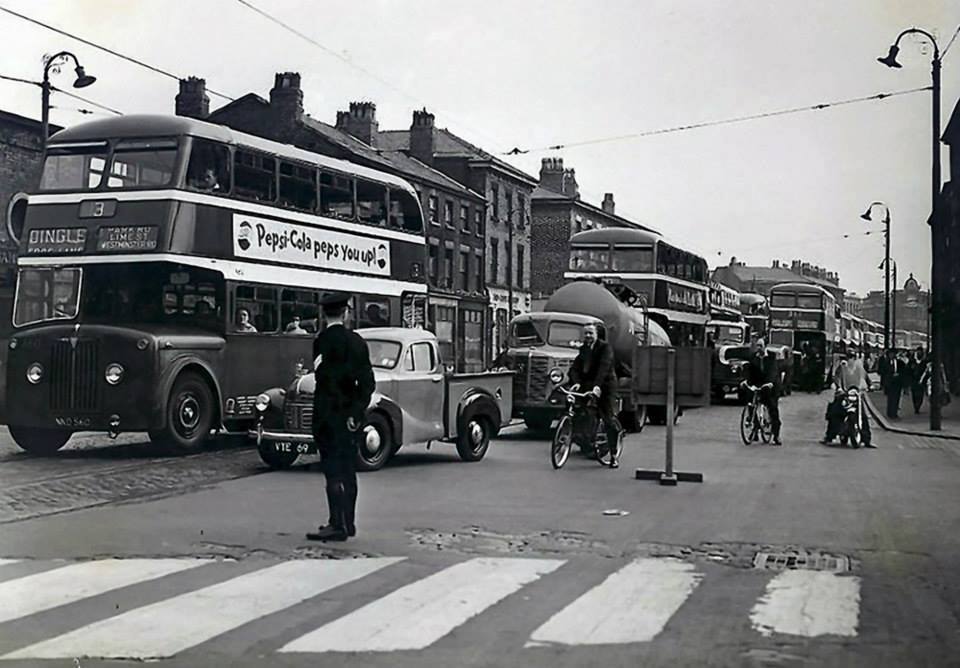 Hi Joe, I am impressed with the pictures that I find on this thread, particularly the Kirkdale Road image earlier today.
It is so full of many items of interest, The Policeman and the signboard at the front suggests that the road to the rear
of the camera was on single line operation because of roadworks, hence the enormous queue of traffic,heading for
the city centre. Most of the buses were Liverpool Corporation, but at the rear is a Ribble double decker, and what
looks like a tram hiding in the middle. Of particular interest is the Leyland Comet lorry in the centre, it looks like one
of the two of these that Jarvis Robinson had from the early 1950s, because of the white painted fluting on the bonnet.
I started driving for Jarvis Robinson in June 1965 at the age of 21, and one of the Leyland Comets was my lorry, its
registration number was NKF 176. Regarding the Longmoor Lane picture, and my Dads time with Greenbanks Dairy
and then Liverpool Co-op Dairies, from the late 1940s, he was based at the Co-op dairy at Longmoor Close, and his
milkround was from First Avenue to Seventh Avenue, and across the way around Signalworks Road, pulling a handcart.
I regularly look at a transport forum called TrucknetUK, and occasionally post pictures on there that are in the public
domain, what is the situation with regard to pictures that I find here on this excellent forum ? Best Regards, Ray Smyth.
raysmyth6644@gmail.com
Top