The picture was taken at the time of the coronation of Queen Elzabeth. My name is John Quinn. Looking at the photo I am the cub furthest right just below the left shoulder of the man in the top hat. At the time of the coronation I was 11 years old living at 9 Holywell St. Bootle.My kid brother Albert ( known by everyone as Albie) is on the left when you look at the picture just to the left of the two sea scouts. He was killed some years back riding his bike in Thailand where he was living.

I went to St. James primary and junior schools and after the 11+ went to SFX in Salisbury St, Liverpool. After I qualified as a teacher I was one year at St. Swithins Croxteth, and then two years at Salesian College, Battersea. In 1970 I married up - Nora O’Malley from Crosby, Seafield, and Liverpool University - and we moved to Jamaica. We lived in Jamaica for four years where we taught and coached at Cornwall College and Mount Alvernia High School. I took a year off teaching and ran a scuba diving business Montego Reef Divers out of Chalet Caribe Hotel.I also worked on two movies that were made in Jamaica (Montego Bay, Savanna-la-Mar and Kingston).They were Papillon(https://www.youtube.com/watch?v=lW_IWHw3z-U) with Steve McQueen and Dustin Hoffman and The Treasure of Jamaica Reef (https://www.youtube.com/watch?v=yIdpBj_1Ne8) with Stephen Boyd, Cheryl Ladd and Rosey Grier.

We moved to Canada in 1974, where we still live.We have four children and two grandchildren

My grandmother had a sweet shop on Marsh Lane, next to Tommy Houghton's coal yard and opposite St. James secondary. 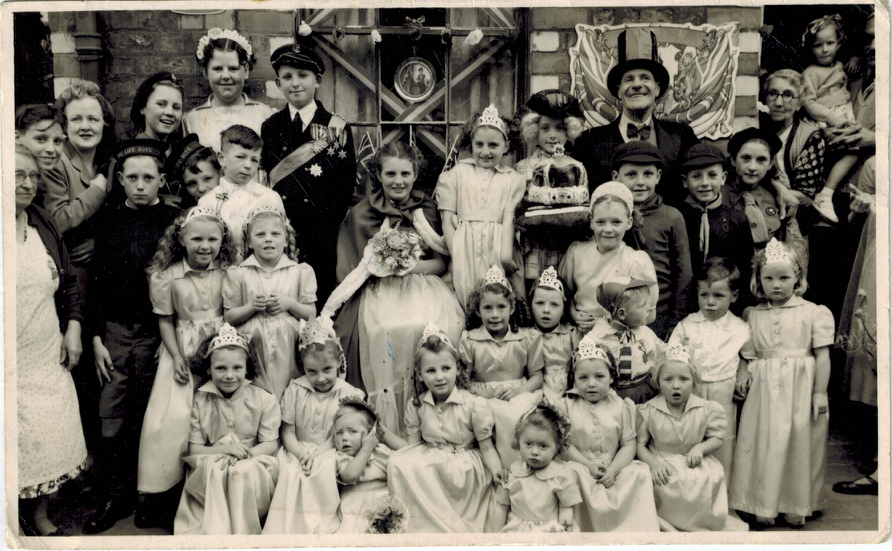 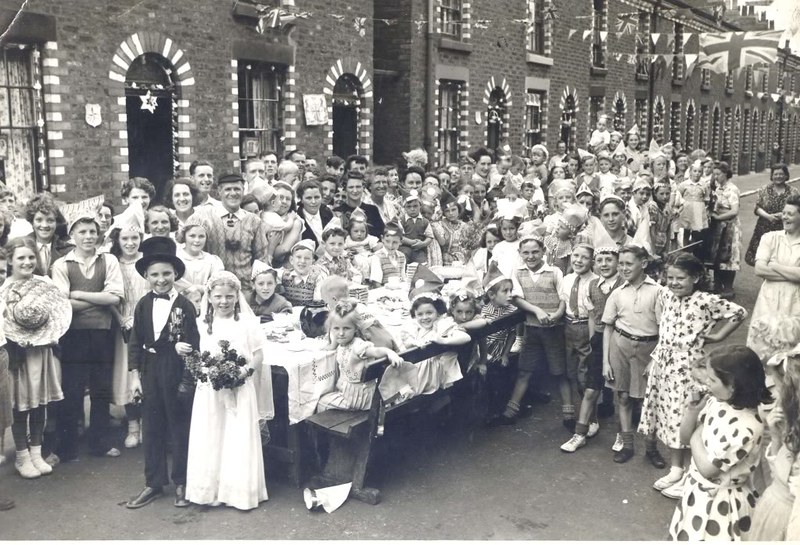 hi my name is George ruth ,,I also have this photo at home, in the first pic the last woman on the left was my great grandmother agnes randels.. she lived in hollywell st not sure what number..and the boy standing on the left of the window with the black cap and sash round him was my uncle called George randels . they later moved to Hereford drive when hollywell st got pulled down ..in the 2nd pic my uncle George is standing at the front wearing the top hat..my great grandmother is right above him.. further along the lady in black jumper is my grand mother flo randels .. and am sure I can see my dad (George ruth) and my granddad on back row George randels .so all my family are there.. my mum Jeanette randels must be there as well just cant pick her out does anyone remember my family,, my dad George ruth lived in 20 .oneil st.. had a brother called dickie ,,jimmy and sister vera ruth be nice to hear if anyone remembers them,,
Top

My mum is in these pictures, her name then was Joyce Slater and my Nan was Dorothy Slater, does anyone remember them?
Last edited by ChrissyMH on Thu Oct 17, 2019 9:00 pm, edited 1 time in total.
Top

Welcome to the forum Chrissy.

Thanks Sheeladh, loving reading about Holywell Street , my Nan had found memories of living there with my mum. There was also other members of the family on the street, Ginny, Tom and Alan are a couple of names I remember
Top