Hi we are currently looking for haunted locations in bootle area to film. Anyone have any locations they know off or friends who owns buildings?
Thank you
Top

Watts Lane by the cemetery is supposedly haunted by a young woman pushing a pram.
Top

My sister has lived on Watts lane for fifty eight years. Neither her, her husband or any of her five children nor anyone of her neighbours have ever seen any sign of the so called "ghost woman with her pram". It is just another "urban myth" of which there are many.
Top

No, Miv, don't discard, just because so and so hasn't seen it or what your family believes doesn't distract from what others believe they have seen. It's all about having an open mind.
Top

The rooms above one of the Three banks are said to be haunted.
Mad Mary in Ford Cemetery.
I read some time back that someone experienced a time slip on Sefton Street, Litherland.

I remember the Mad Mary story Cus

parapam there were a number posts several years ago about photos that showed strange orbs on them taken in the location of st johns road area and the deserted wharehouses in the location of globe rd irlam rd and the old bootle fire station i'm sure some one may remember them and post them again it was a very interesting subject
friend.of.many.enemy.of.non
Top

I think the post Steve is referring to is this one, sorry but the photo's are not there now, but still some interesting reading.

Miller's bridge steps, if I remember rightly, there was a photo that was put on the site which looked to me like a Victorian woman holding up her long skirt to walk up the steps. Wish I could find that photo. 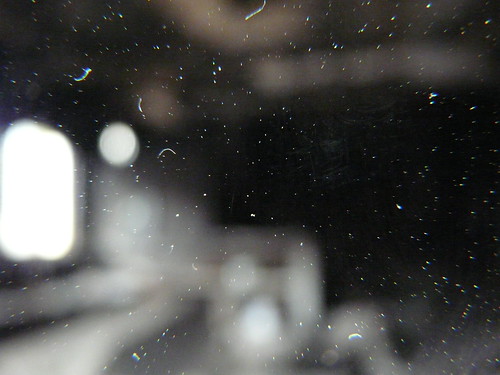 I love mysticism. What name did you come up with for the film?
Top

Just read this from a previous thread

carolmcb wrote:While I'm on this thread, can I tell you of something that happened to us years ago?

I got married in 1969 and the first house we bought was in Willard Street, off Hawthorne Road (near to the Ribble Bus Garages). My husband and I moved in with our baby and started to 'make it our own'! We made structural alterations and decorated.

We'd bought the house off a couple who had moved up to the top corner of Willard/Monfa Road. They had lived in our house all their married life until her father died and they decided to move into her parents house (Williard/Monfa) because it was bigger and because she wanted to take care of her widowed mother.

Anyway, all seemed ok until 'things' started to happen! For some unknown reason we suddenly began having disturbed night's sleep because of the people next door. Late at night and throughout the early hours we had to endure the incessant music (same every night) on the transistor radio in their back sitting-room. Also, they moved their heavy wooden furniture round night after night, so to us, it seemed that they had no carpets, just bare floorboards and this heavy furniture was being dragged backwards and forwards across the room!

Another thing that started happening - at the same time - was the bolt on the back kitchen door (to the yard) was pulled back every morning when we got up! We were pedantic about locking up properly and, after it happened a couple of times (and my husband blamed me

) we began to check and double-check every night that the door was locked and bolted and even began taking the mortice key out and upstairs with us!

Next thing my toddler started behaving oddly in that he wouldn't let me leave him alone in any room in the house and screamed blue murder if I tried to leave him in bed alone! We got to the stage where I was actually trying to do my housework with this child clinging bodily to my leg!

I went down to the shops one day with my little fella for some bits and bobs and when I turned back into Willard Street it was to see my 16 stone husband sat sitting on the doorstep! When I asked him what was wrong he said he didn't like being in the house alone so was waiting for me to get back!

After talking to an old lady neighbour opposite and complaining to her about the nightly noise from next door she actually took me in to meet the lady who DID actually live there and I was gobsmacked when I found the poor old dear was bedridden in the front lounge! We chatted and SHE started to complain to ME about the noise that we were making every night keeping her and her son (who lived with and looked after her) awake!

This was really getting spooky by now then they both told me how the man who used to live in our house had sadly died 3 months after moving up to his mother in laws on the top corner! This would've been just before our noisy problems started!

We sold the house and moved out but about 6 months after we'd moved the lady who bought the house off us collared me one day in the post office and said "Why didn't you tell me there was something funny about that house?"

I felt awful asking her what she was talking about, especially when she started to tell me what was going on and how nervous her little boy had become. Then she made me feel dreadful by saying "We couldn't stand it so we've moved out and left the house for the mortgage people to repossess it! We'd rather live in a mouse-infested flat in Seaforth than in that place!" she said.

I went home and cried, mostly through guilt but also through fear that whatever was in that house might've followed us! Thankfully nothing did!

However, after we left the area, whenever I was near enough I'd drive down Willard Street and more often than not the house was empty and up for sale again!

. You might find a few ghosts here. , the locals don’t hang round here after dark , river Kwai railway bridge kachanburi thiland, I used to fight the bully’s from ford . Doge city. Netherton, litherland, My life was one big punch up. Have been in New Zealand 31 years Regards ken
Top

Welcome to the forum, Ken. Thanks for your story, but it's a bit far from Bootle though.