Here's an interesting character, apparently he's buried in Toxteth Cemetery next to his half brother (Irvine Stephens Bulloch) who was an officer on the CSS Alabama when she was sunk off Calais.

Anyone know the grave location in Toxteth cemetery....even Google doesn't know....but I'm prepared to bet that someone on here does.

There used to be an on line database for Toxteth cem but it's not working.

I have a lot of family buried there.

I found another link Paul

Scroll down a bit. under Bullock, he is in section H not J sorry. 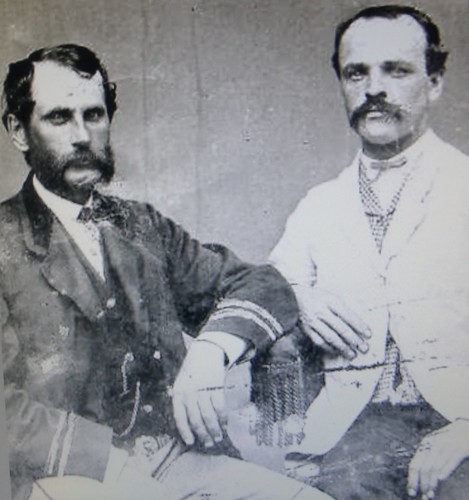 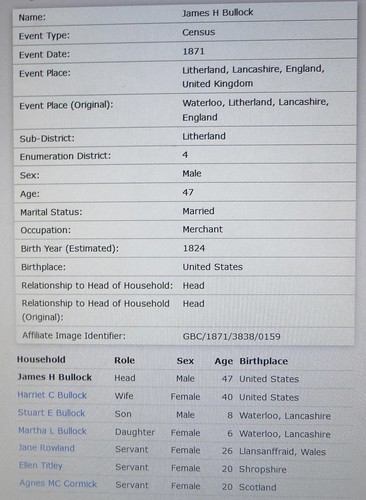 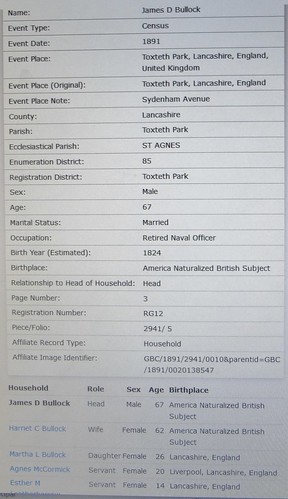 [img]
5
James Dunwoody Bulloch's Death Place
5) James Dunwoody Bulloch's Death Place
After the war James Dunwoody Bulloch stayed in the Liverpool, becoming a British citizen and living in Sydenham Avenue in Toxteth, about 2 miles south of the city centre. He made his living from trading cotton in business with his brother Irvine. He died at 76 Canning Street, the home of his son in law Alderman Maxwell Hyslop Maxwell on 7th January 1901. His death certificate listed the cause of death as cancer of the rectum and cardiac failure and his occupation as ‘Naval Representative of the late Confederate States of America (retired)’ showing he never forgot the reason why he had first come to Liverpool. He was buried in Toxteth Cemetery and left $30,000 in his will to his nephew Theodore Roosevelt, who would become the 26th President of the United States later that year.
bobhamo
bootle born altcar road
Top

I know he lived somewhere in Waterloo & held clandestine meetings in The LIVER pub at the top of South Road.

(Oh to have been a fly on the wall there).

Here's (3) mins clip about The CSS Alabama who had many sailors from Liverpool aboard.

Plus (seeing as we're still in 'Lockdown') make yourself a hot coffee & check out this lot.