The First Birth Certificate that I have seen, that shows Place of Birth as - "Workhouse Walton Liverpool"

She was still unwell on 27 March 1897 some 16 days later - so The Hospital Matron went to the Registrar in Brougham Terrace to Register the Birth on her behalf.
Fletcher was obviously not able to loose a day's pay and take Time Off Work from Wigan ?

The Birth Certificate says she was a Domestic Servant 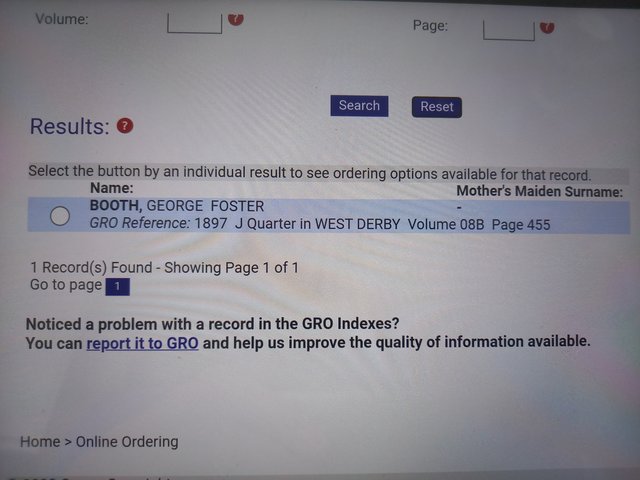 You are right. There is no doubting that Ellen Booth was the mother of George!

I wonder if Fletcher and Ellen were living together at the time.

Very clever using the the father’s last name as the middle name!

Their Marriage Certificate 8 weeks later after George's Birth says both at 240 Strand Rd Bootle
But that was an often lie to Quality to live in the Parish to Marry at a Given Church of Choice outside your real Home.

Could this be George's death reg?

Whether she lived there or 10 Romeo Street Kirkdale

She may have been visiting and went into Labour

But we got there eventually.not 1873 as "Said"
There are Several Ancestors on Ancestry have sent up a whole Fictitious TREE of Great Grandparents and loads of Siblings Ellen never had.
All in the Name of Saving Money and Researching without Certificates
So Disrespectful to those Ancestors
They weren't Educated and couldn't Read or Write
But they had an Excuse 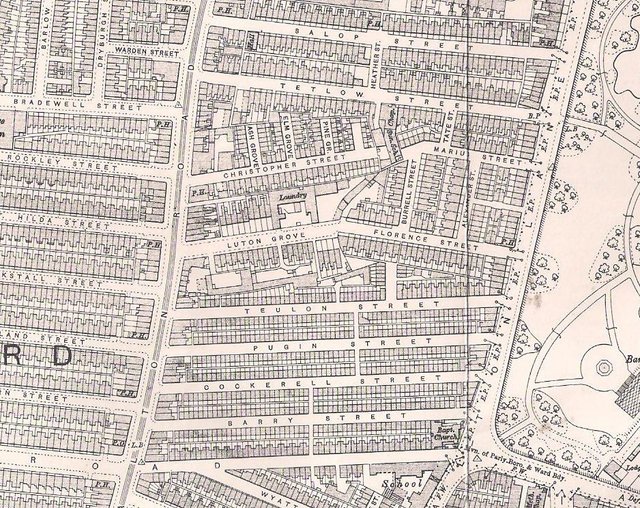 I would agree with Jan that if Thomas deserted Ellen and Sisters in was after 8 years with Jane but did a Runner after his Death in 1883
But he was left with 3 young Kids and No one to do the Home Duties while he was at work.
Romeo Street wasn't a Great Place to live either
What else could he do ?
Don't judge him with 21st Century Eyes as a Rotter leaving the kids
You see it every week on Long Lost Family on ITV where a Child in left on a Step by a Parent could not cope and Loved their Child
The Most Logical Decision is to abandon them in the hope they will survive by having a better life being cared for by someone who can provide for them. - He achieved just that !

It's Called LOVE and SACRIFICE

Thanks, Alan. I like the way that you said that Thomas Booth perhaps left out of love. It makes sense. His wife had died and they were very poor.

Tell me about the ‘Shakespeare’ Streets? A poor area of Bootle? Most of the houses in the area have been knocked down now, I assume?
Top

I’m not sure if you are interested in seeing pictures of the people you research, but I thought I would post some pictures for you:

1. The top picture is Ellen and an unruly goat!
2. The second picture is Ellen outside the sweet shop she worked in;
3. The third picture is a young family photo. Ellen and Fletcher with children. I assume the oldest boy is George. Unfortunately, this is a photo of a photo that I got from someone who took it when they were visiting England. I have tried to track down Eileen’s daughter who sent me a letter about 20 years ago. I can’t remember her name, but remember the letter came from Tunbridge Wells. I have posted to the Tunbridge Wells community Facebook group with no luck!
4. The last photo is Fletcher in his greenhouse. If you notice the ‘to let’ ad posted by Jan mentions a greenhouse!
Top

Great photos
Romeo st and the other streets in the area i would not class
as the worst in liverpool ,bootle
derby road docks area was the worst
Romeo st 1899

Thanks, Bob. Interesting. They did have decent jobs. Thomas Booth was a Bricklayer. In Australia, he would could command how much he was paid, at the moment!
Top

Because of the information that you have managed to find, I am going to dedicate my time to find the descendants of Horace’s daughters Marjorie and Irene. They, hopefully, unlock some more information. This is an unknown to me, before your research and information. Thank you. Their information may be limited, considering Horace’s early death. I am extremely intrigued.
Top

BOBHAMO wrote: ↑Fri Jul 22, 2022 11:24 am Great photos
Romeo st and the other streets in the area i would not class
as the worst in liverpool ,bootle
derby road docks area was the worst
Romeo st 1899

The Days when Everyone Had a Job -

to Pay the Rent and Provide Food for the Family

Even when WW1 came - Even when at Enlistment some were declared Unfit to be Killed - they felt deeply shamed and still wanted to go with their mates to fight and die with them.
Top 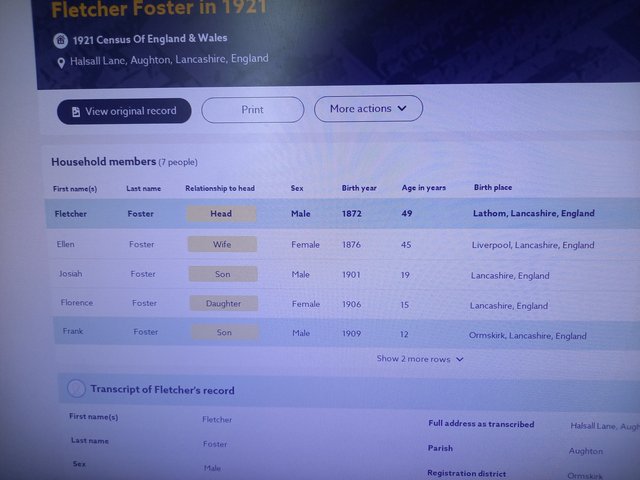 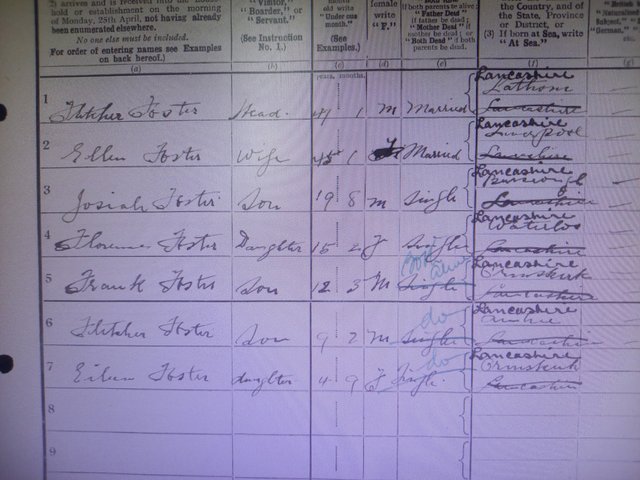 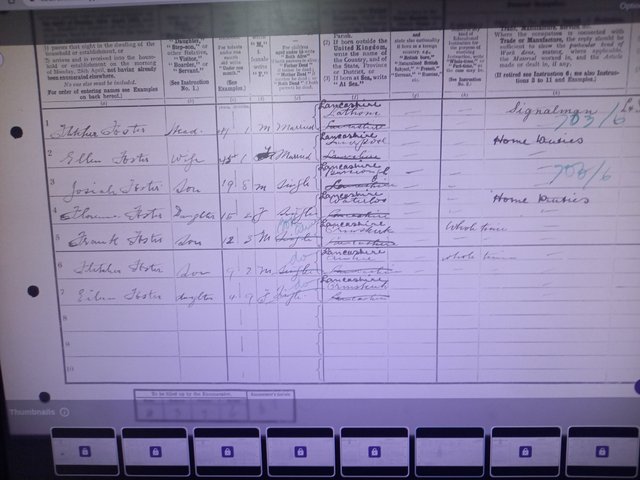 When this Post first started on Saturday 2/07/2022 by what appeared to Researchers was a cry for Help but it was admitted to the Forum that a previous Post for Help had been made previously under another Username
After Starting the Researchers Researching under the Incorrect Date of Birth for Ellen Booth in that Post
What was Not Disclosed to the Forum that they had Two Ancestry Accounts
The First Ancestry Account started by them - 12 years previous on 7 October 2010 and Accumulated 2,757 Ancestors with No Certificates posted and no Indexes Found but now found nearly everything Incorrect they said they already knew Up to Ancestry Subscription Ceased 2021

No Doubt Pride has been Injured by my Rant

I Hope Some of My Experience and Other Researchers here, has been taken on, to Help You in the Future with your Quest

I do not understand your comments, nor do I appreciate them, to be honest. I do not appreciate being made out to be a liar.

Before I respond to your comments, I will repeat to you that I did not join this forum to receive family history information. In saying that, I very much appreciate the information that I have received. As I said, I am wanting to make contact with members of my Booth and Rushton families and that has always been my goal. You are the person who always talks about making assumptions, etc, yet your comments to me are full of assumptions.

1. I didn’t realise that I had to disclose that I had two Ancestry accounts. If disclosure of this is part of the forum rules, then I apologise;
2. I am allowed to make assumptions that the information provided to me in a letter my my Great-Great Aunt is accurate and I don’t believe I should be made out for being stupid for doing so;
3. I have paid for 27 certificates from the UK, military records, Ancestry membership and access to the 1921 Census. I do not appreciate being accused of not backing up with information with evidence. Even if I hadn’t paid for anything, I don’t deserve to be crucified. I am a keen family researcher and that is the long and short of it;
4. I have never posted to the forum before my latest post. Where do you get your information? What evidence do you have? If I had posted before, under a different username, I would admit to it. I can’t see the shame in it or the problem with it?
5. My pride has not been injured by your ‘rant’ and I do not appreciate your statement that it has. You have made assumption after assumption and this has come across as you being very rude and ignorant, to be honest.

Alan, I appreciate the time that you dedicated in your search. To be honest, I knew 80% of it already. Jan provided me with things I did not know. You are very good at what you do, but your comments towards me are false, unwarranted and unfair.

Thank you for everything, but I couldn’t let you comments go without a reply. Kindness is free.
Top

While this post is unnecessary, I remind you of what you posted when I did not reply in a timely manner to one of your posts. You have ignored my post regarding some questionable conduct by yourself. If it’s good for the goose, it’s good for the gander. You have, after all, slandered me on a public forum:

Nor commented whether 1st Son Horace was known about?
Top
Post Reply
123 posts