Join in here with our very own Bootle Chatterbox...
Post Reply
3051 posts

Jordan Henderson could return from injury at Villa Park on Sunday.
That will be good news
Top

I'm worried about the next round of covid tests.

From Deviant Art and Gonzalez Is A Red.. 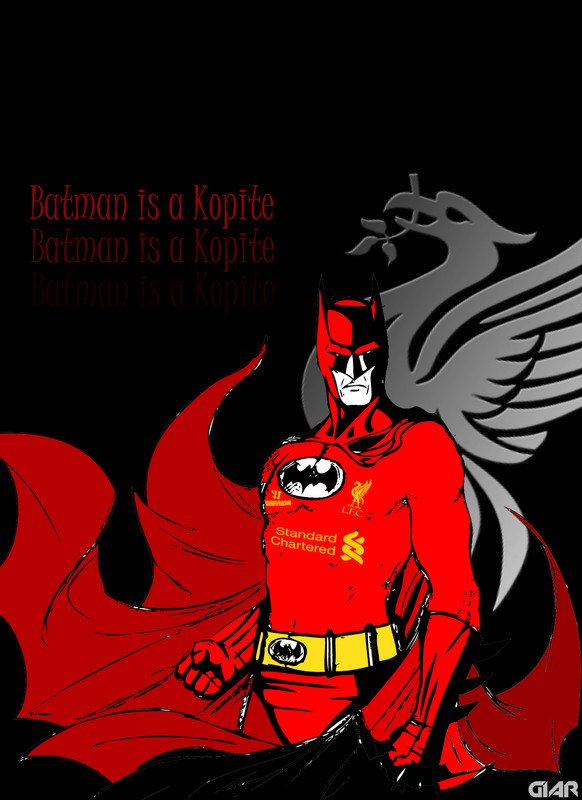 Shame on LFC for hooking up with Manu trying to take advantage of the dire straits EFL clubs find themselves in.

What's wrong with helping out the lower leagues without putting conditions on it just to line their own pockets.

Let's get it right, they do not know the meaning of shame. JJC.
Top 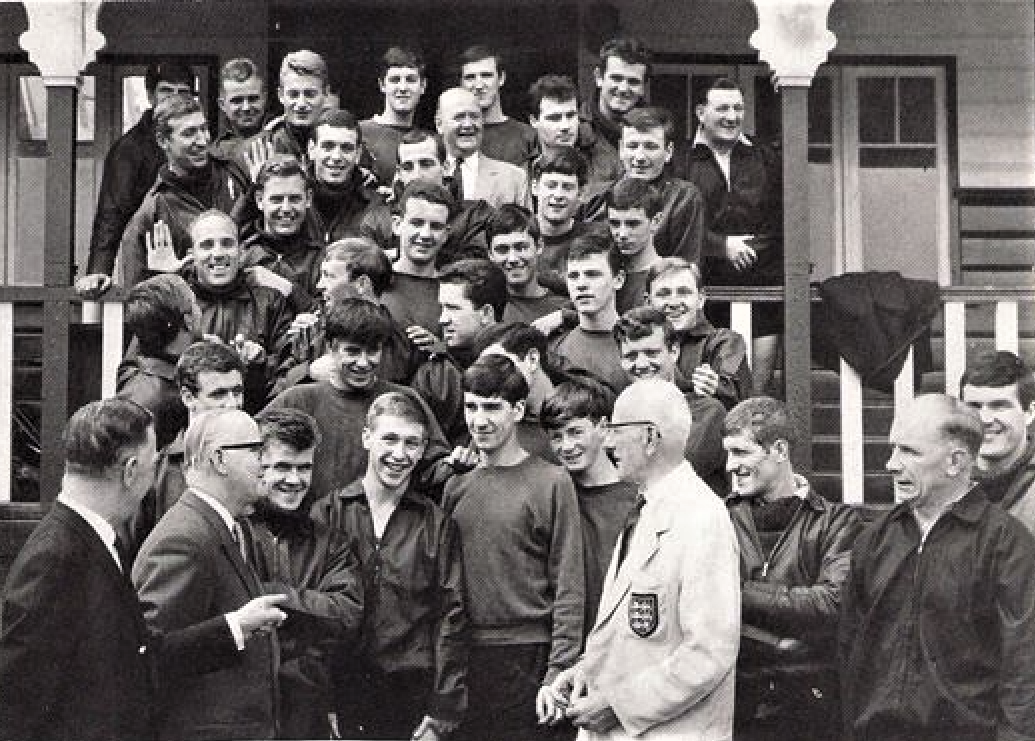 So many lads in that picture who almost made it.

The foundation stone for the 14 League titles to follow, and counting.
Top 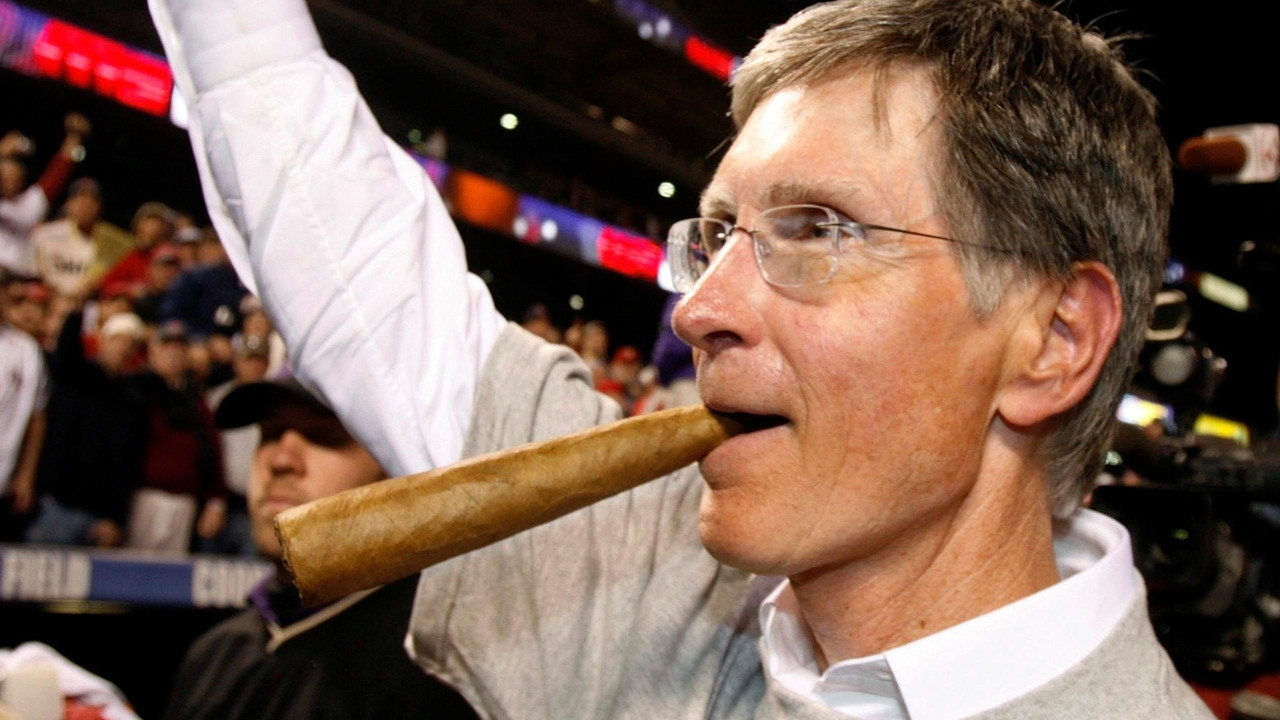 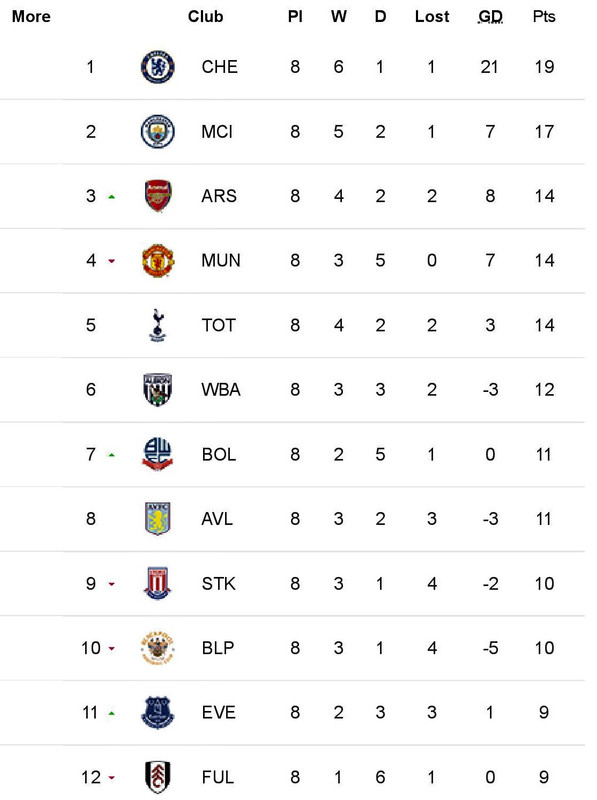 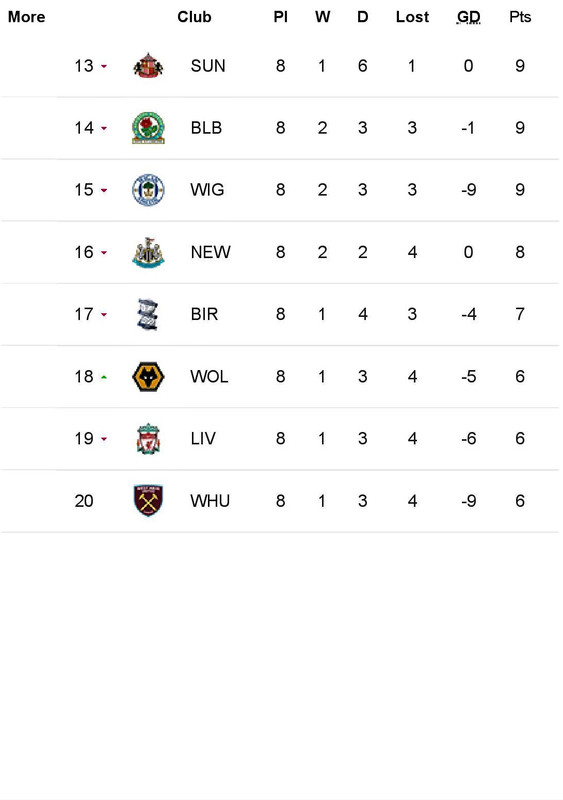 Some figures from an EFL survey published 6 months ago, April 2020.

I suppose poverty is relative.
Top

You tube shows Andy Robertson giving Coote down the banks at the end of the game for denying him a penalty. Link below.

Later in the season given the VAR seat for the City- Villa Caraboa Cup Final.

Seems to be a member of a magic circle. His incompetence hasn't proved a barrier to his rise.

Should have been given Man of the Match after yesterday's performance. Strange as he wasn't even in the stadium.
Top

No Evertonian has seen 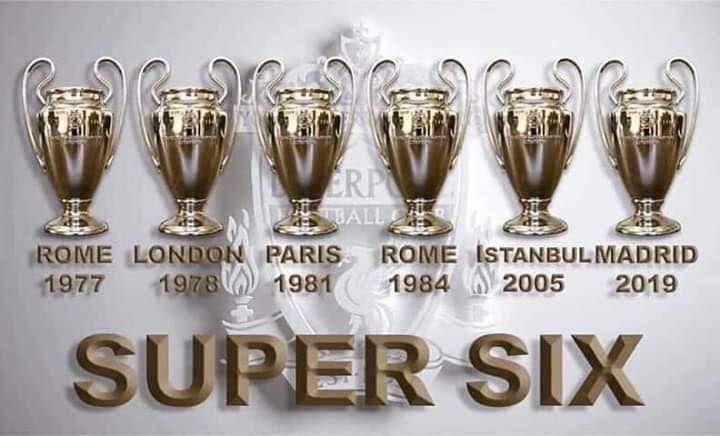 BBC report VVD is due for ACL surgery. Hope he's back on the mend soon.

Two decent footballing sides. Should be tough, but the squad is good enough.

JK has just got to figure out the teams to put out for the rest of the season.

If it were easy, it wouldn't be any fun.

One last thought on the VAR decision.

Everybody has been concentrating on Mane's position, and whether or not he's a few millimetres off-side.

Looking at the footage from BT, the ball is a few hundred millimetres away from Thiago's foot when the action is frozen.

The VAR decision was made on positions after, not when, the ball was played.

The decision made was invalid , irrespective of the position of Mane's arm, shoulder or armpit.
Top

No retrospective punishment for Pickford!

I'm not saying it was intended but still shouldn't have been overlooked!

Majority of blues agree he should have got a red (well, majority of the reasonable ones at least)

It started when the fourth official was introduced in 1991. Money For Nothing.

VAR was developed initially in the Netherlands in the early 2010's.

For the game at Goodison the match officials were as follows:

That's six officials for each Premiership game. Like I said a nice little earner,

When will football wake up and employ ex footballers to man the VAR. Referees, linespeople, fourth officials and VAR officials have never played professional football. The mind boggles.
Top

Peter Bankes is a local lad, a big blue, originally from the Sefton estate.
Top

He can referee the next derby match then. Though he might have sent VVD off for kneeing Pickford.

From this morning's Times:

A senior figure from the EPL contacted LFC officials during the match and said there was no VAR red card check for the VVD incident.

After the game, EPL corroborated the above position in response to media enquiries.

The EPL gets its information direct from Stockley Park, where VAR is situated.

Now it turns out LFC have received an email from Mike Riley, MD of PGMOL (see earlier post) to confirm a red card check had been made.

Eddy's point on ex-players is correct, but they should be there only to make decisions not operate the VAR equipment.

It is painful watching the current sausage-fingered, empty- headed muppets trying to move the lines on-screen.

I'm guessing it's a Commodore 64 in the VAR booth. Those joysticks were always a bit tricky.
Top

This is the article I've been looking for regarding VAR and off-side, ignoring Saturday's incident. 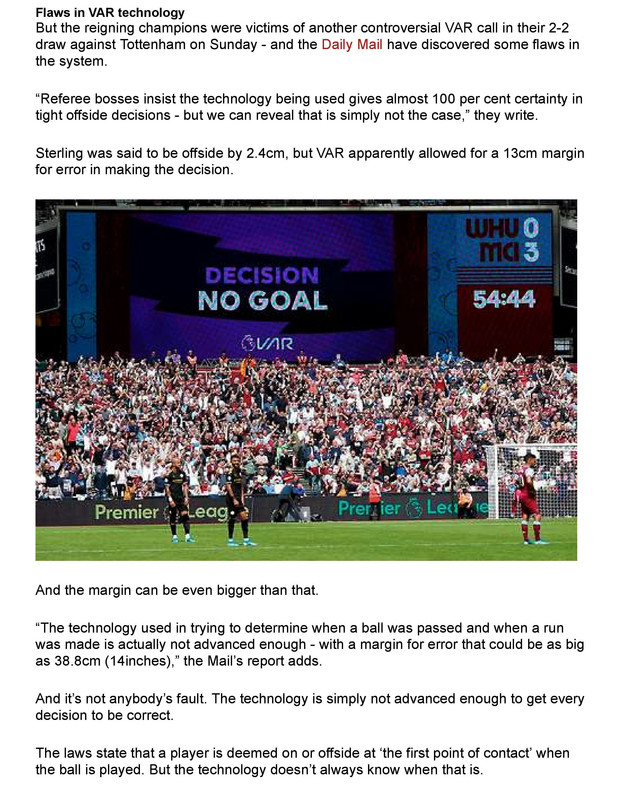 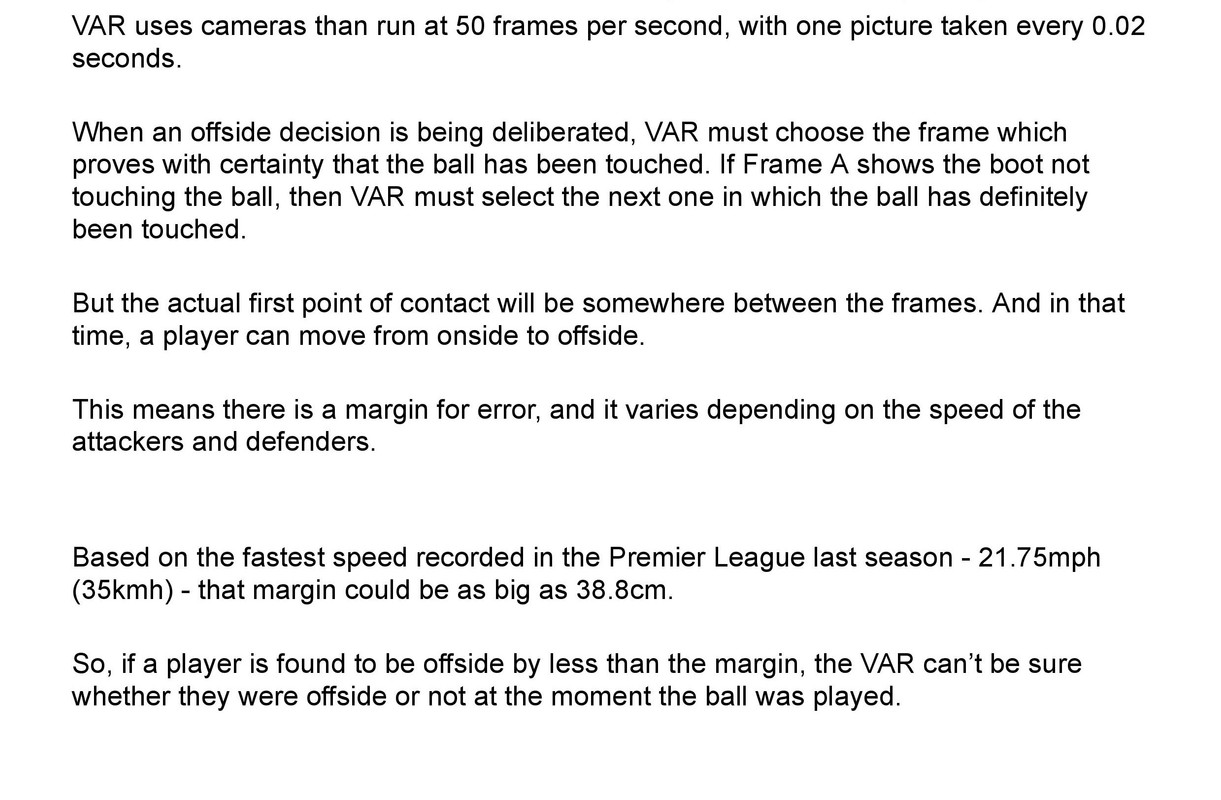 On Sky Sports yesterday, Dermot Gallagher, talking about VAR and offside, said you can't argue with VAR , it's either onside or offside.

The second part of the statement is an absolute truth. a player is either onside or offside.

The problem is that VAR is not technologically capable of determining the absolute truth.

The margins of error are such that offside decisions quoted in millimeters cannot, scientifically, be adjudged offside.

Doesn't matter what teams are involved.

Top level football is now being officiated by over-zealous traffic wardens rather than referees.
Top

Sky and BBC reporting on the possible formation of a European Premier League, potentially for the 2022/23 season.

Think this would mean the Champions League continuing as a glorified UEFA Cup. Sevilla will be made up.

The problem stems from UEFA politics, where the proliferation of countries after the USSR and Balkan break-ups has

The initial games in most of the tournaments are rubbish.

Not quite ale house football, but not far off.
Top

Nothing spectacular about last night's win, but 3 points and a clean sheet is a better start than we've enjoyed in recent opening games in the CL campaign. 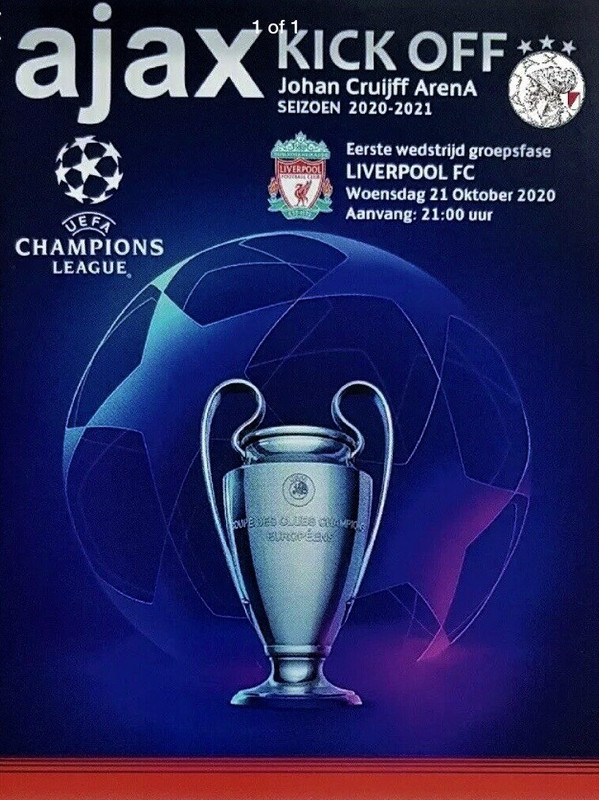 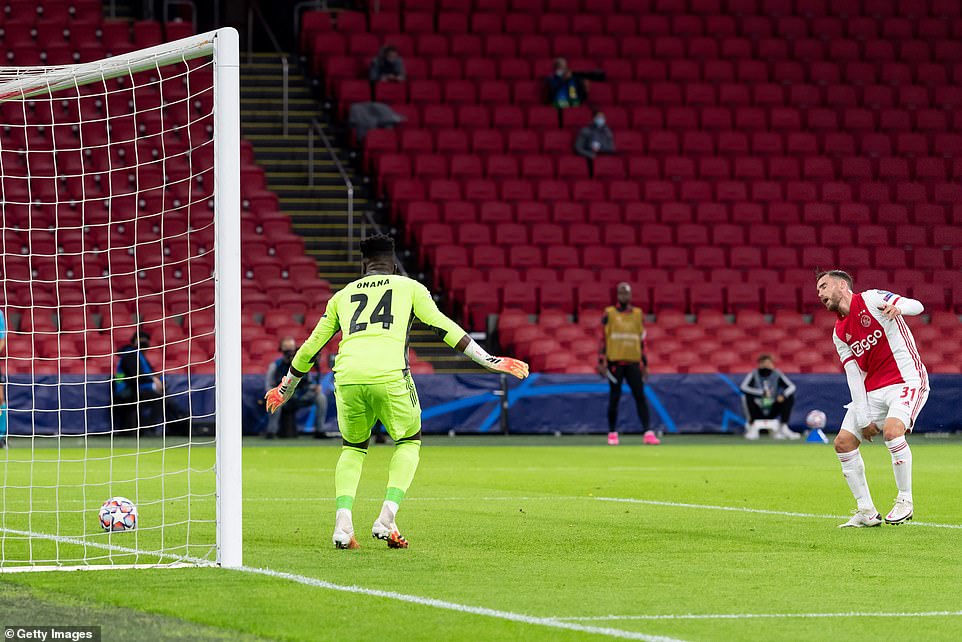 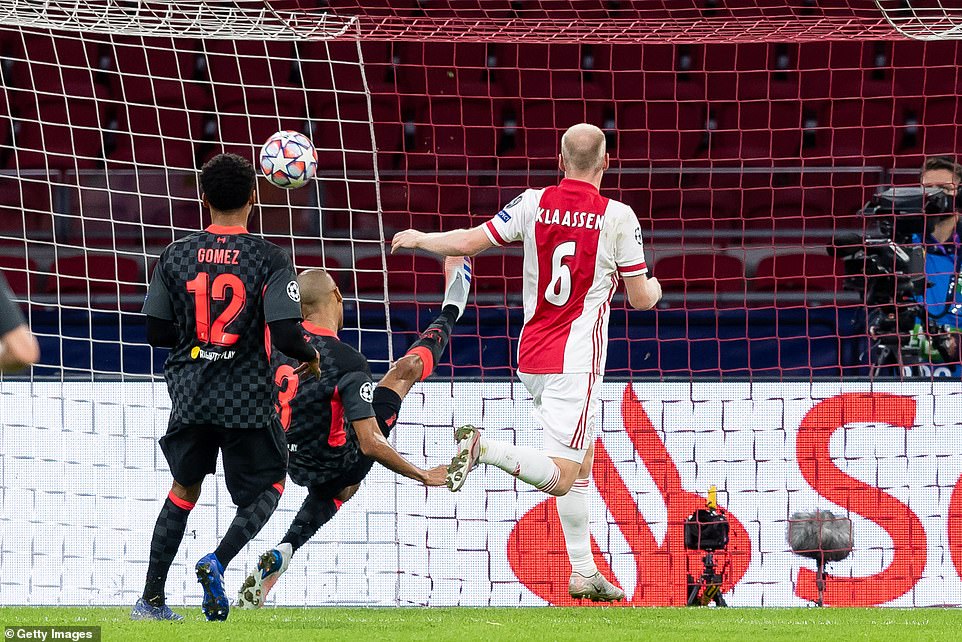 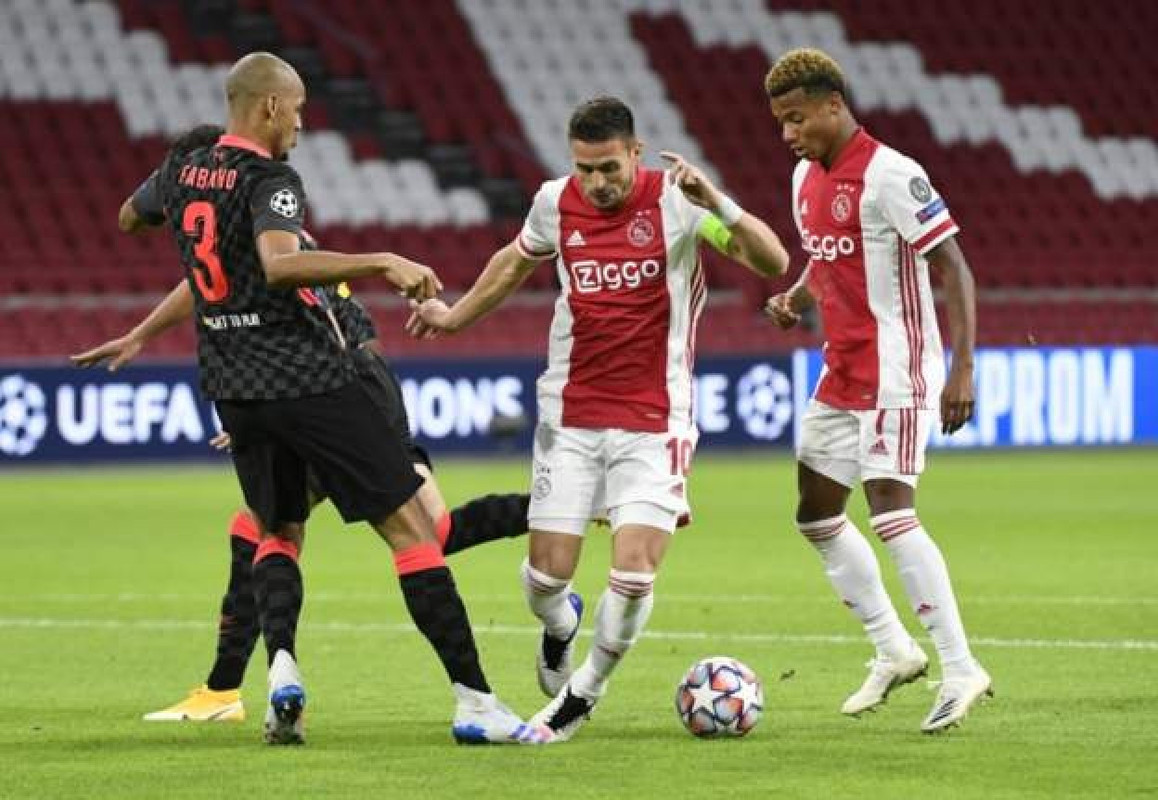 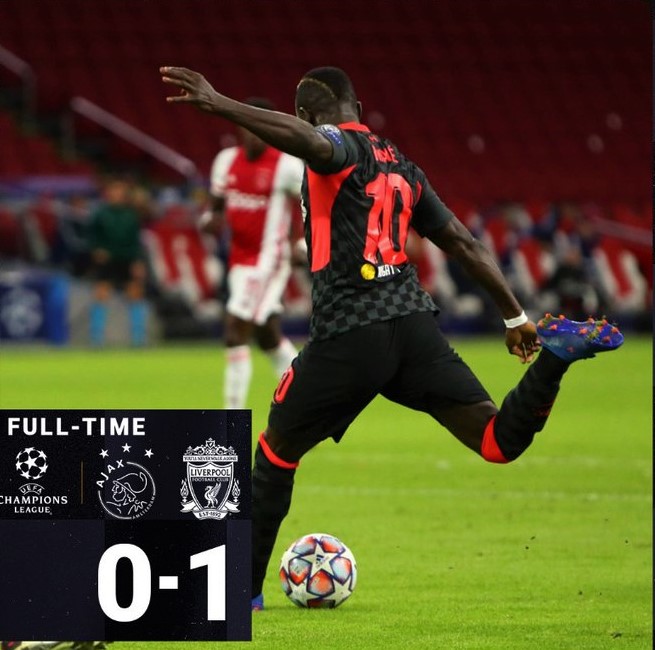 If the European League comes off we'd get to see LFC playing class opponents a minimum of 22 games per season.

Spot on Bernie, Fabinho was superb and I like Jota the more he plays.
Top 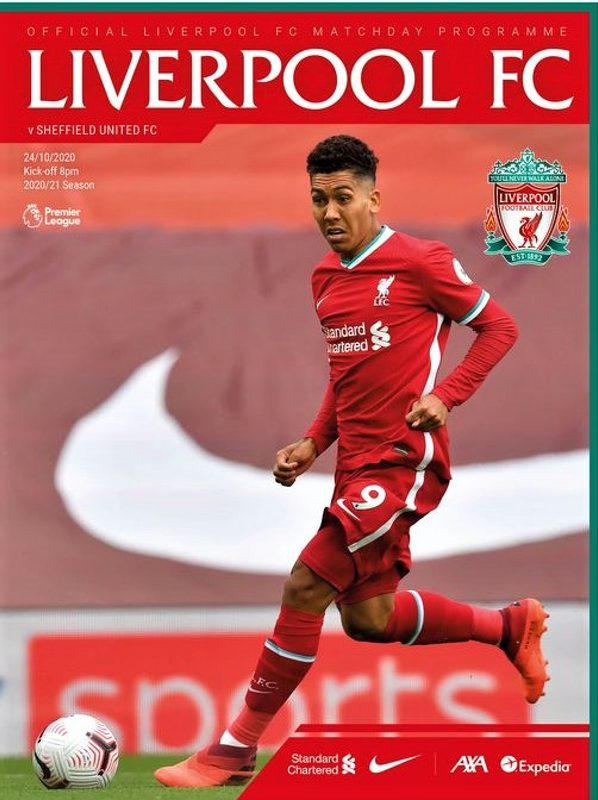 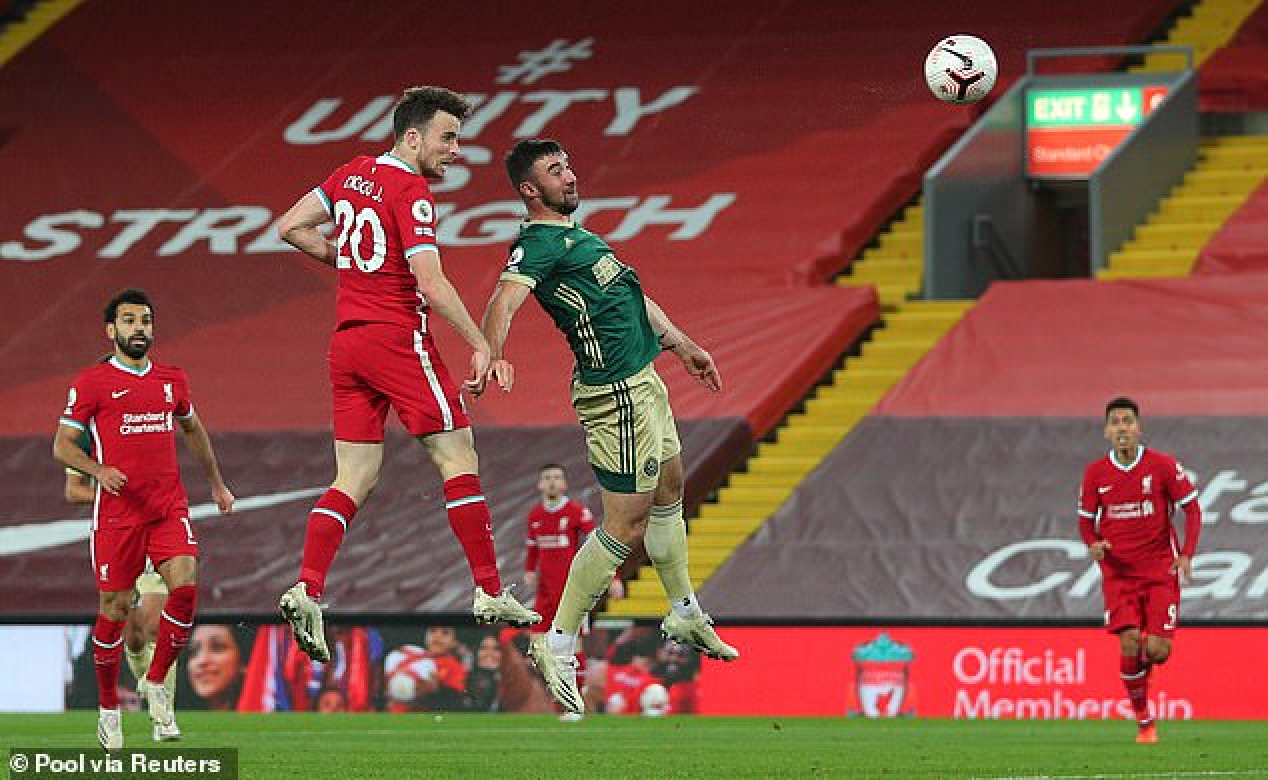 3 points. Back on track.

Given up on VAR.

Win the ball outside the area. Penalty. 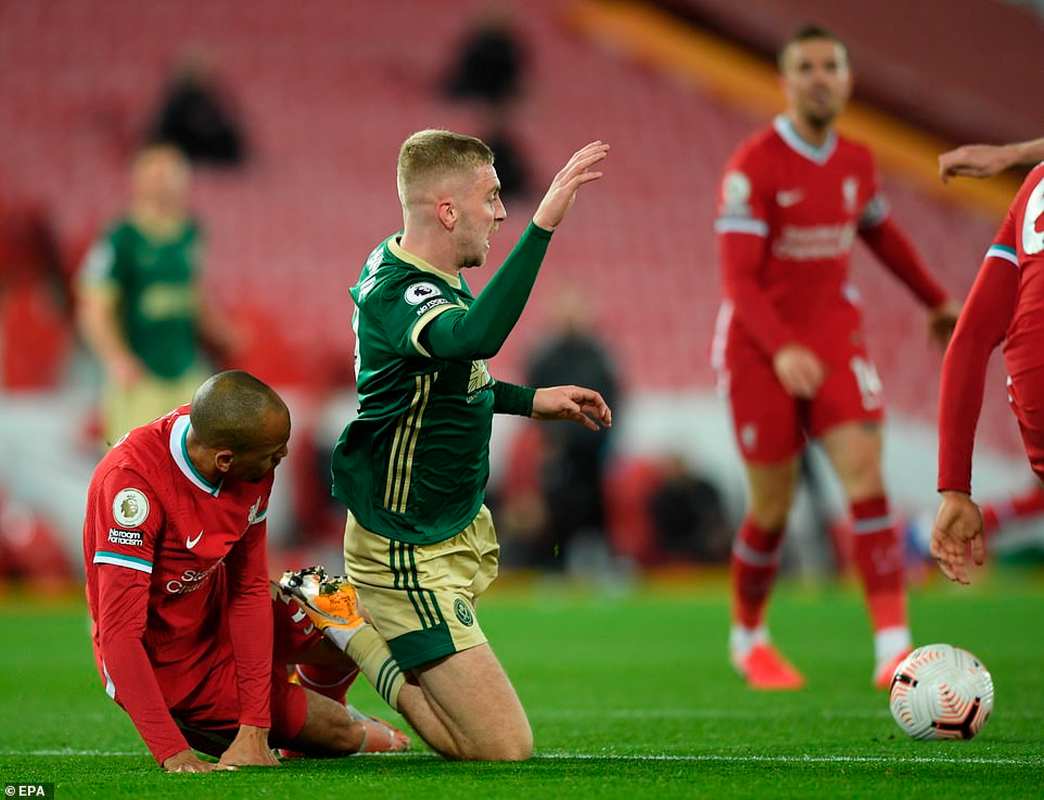 Strangle your opponent inside the area. Play on. 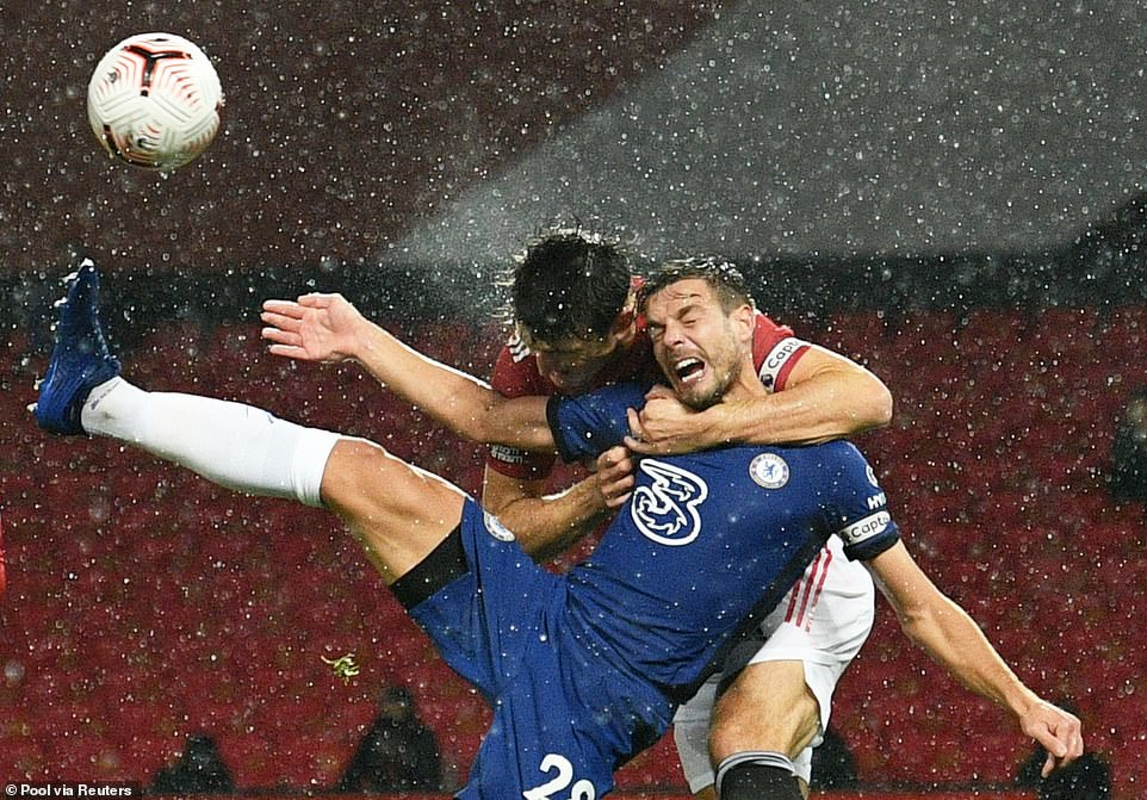 Who are the clowns running VAR?
Top

Eddie, VAR is a joke needs to be reviewed, mate
Top

My first game at Anfield since lockdown yesterday.

Very strange experience it was too with no fans around.

Thought Jota was very good and fancied him for MoM - Carlsberg gave it to Gomez.

He specialises in photo colouration. 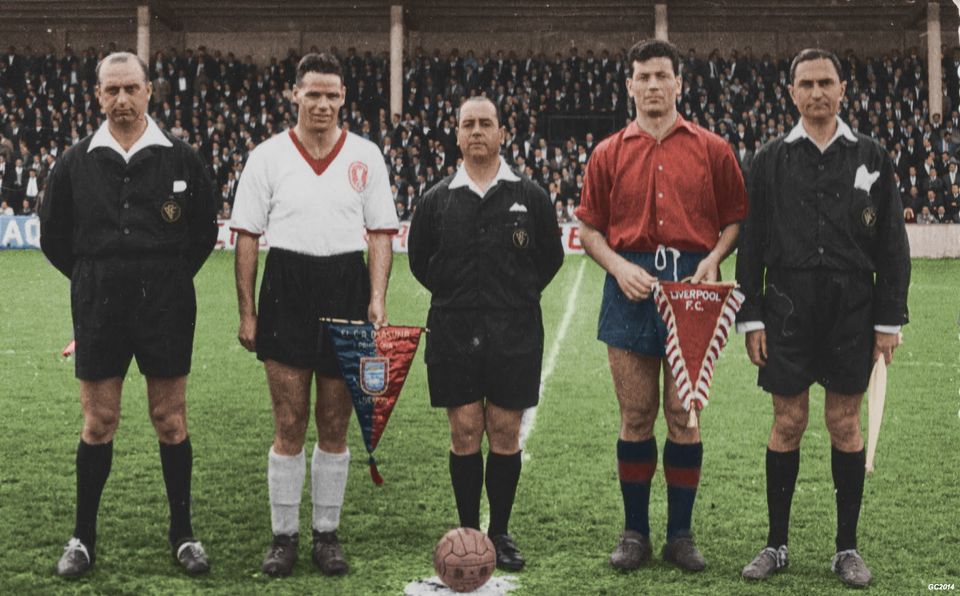 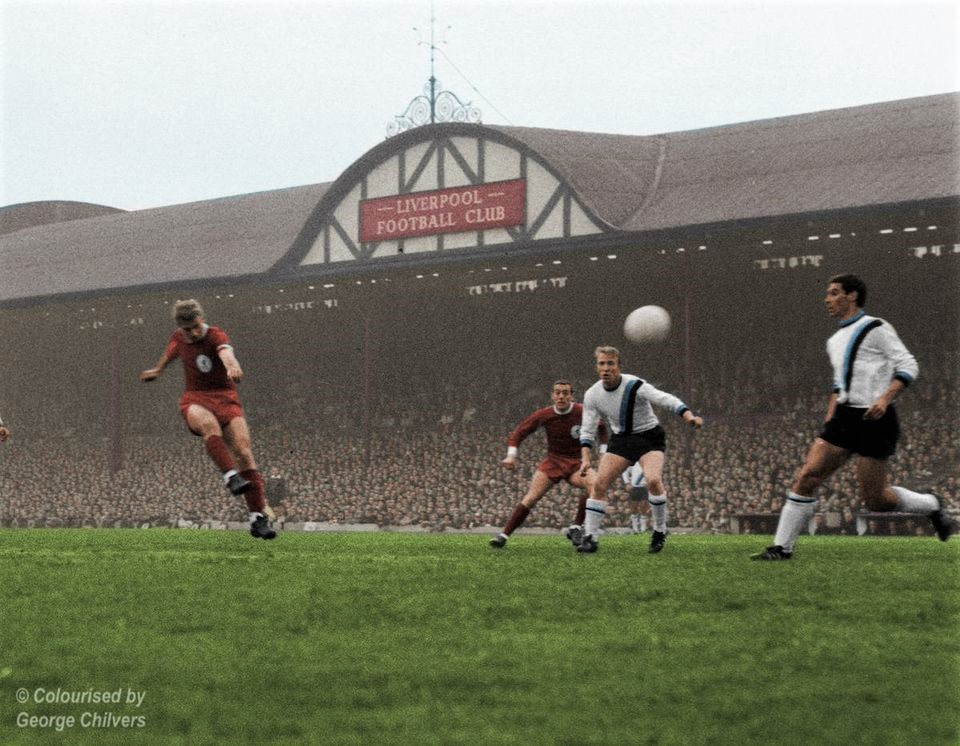 An absolutely disgraceful performance by Liverpool. Sorry Henry but you are not going to win your bet.

The most boring game I have seen for a long time. Fed up watching sideways and 20 yard back passes.