Join in here with our very own Bootle Chatterbox...
Post Reply
2501 posts

This morning, a 9 year old girl just vanished.
Apparently, she had been playing with her mother's make up and had applied some moisturiser that takes 10 years off your age.

My grandma was talking to her 75-year-old Neighbour
"I'm going to that new movie 'Moby Dick', do you want to come?"
"Oh no no," says her neighbour
"I don't like those sex films." "It's a film about whales silly," says grandma.
To which her friend replies

"I can't Stand the Bloody Welsh either 
' Did you never wonder what happened to your school bag,' replied the doctor.

Englishman: How's he treating you?"
Dog: "Real good. He walks me twice a day, feeds me great food and takes me to the park once a week to play."

Englishman: "How's he treating you?"
Horse: "Pretty good, thanks for asking, he rides me, brushes me down often and keeps me in a nice stable to protect me from the weather."
Welshman: (Look of total amazement!)
Englishman: "Mind if I talk to your sheep?"

Welshman: "That sheep's a bloody liar!!”

Inspired by a radio advert that I'd heard, I decided to tell the Doctor about something that had been bothering me for a while.
"You see Doctor... It's been quite loose and there's always a bit of blood in it."
"And how long has it been like this?" he asked.
I turned to my wife, "Ever since she had our third child" I said.

My wife slumped down in the bed and said "Thank Christ that's over for another year".
I said, "I know, Christmas can be so stressful.".
She said.


"I was talking about the sex".

Paddy has suffered with a bad back for years and nobody can sort him out.
His mate Mick tells him about this evangelical church that holds faith healing sessions and suggests he gives it a try which Paddy does.
The day after Mick meets Paddy and asks him how it went and Paddy said it was absolutely rubbish and walked out before the end.
Mick asks him whether it was just him that felt that way and Paddy said "No, even the guy in the wheelchair next to me got up and walked out as well"

A bank robber walks up to one of his hostages and asks, did you see my face?
The hostage replies yes. The robber takes aim and shoots the man in the head.

He turns to the next man, did you see my face?


No, but my wife caught a glimpse!! 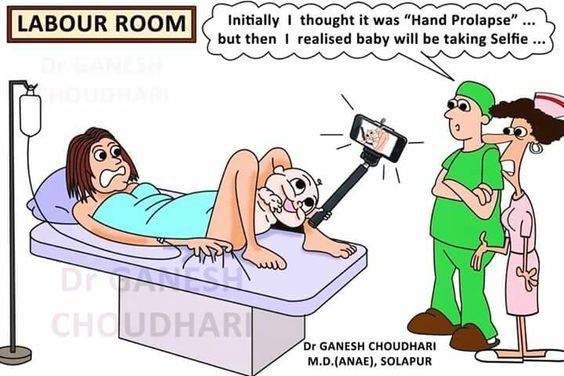 Old Is When
Scotch With Two Drops of Water.
A lady goes to the bar on a cruise ship and orders a Scotch with two drops of water. As the bartender gives her the drink she says,
'I'm on this cruise to celebrate my 80th birthday and it's today...'
The bartender says, 'Well since it's your birthday, I'll buy you a drink. In fact, this one is on me.'


The old woman replies,
'Sonny, when you're my age, you've learned how to hold your liquor. Holding your water, however, is a whole other issue.'

As the wife sat eating her corn flakes, looking at the rain streaming down our caravan window she said
"Do you think it will last all week?"
I said "Probably
It's a big enough box!"

My blonde wife called me at work and said she can't find her glasses, so I told her to use her contacts.
She rang me back an hour later to say she had called everyone in her phone,


and none of them knew where they were either.

Subject: "GUTS" and "BALLS"
There is a medical distinction between "Guts" and "Balls", according
to the British military.
We've heard colleagues referring to people with "Guts", or with "Balls".
Do they, however, know the difference between them?
Here's the official distinction; straight from the British Medical Journal:
GUTS - Is arriving home late, after a night out with the lads, being
met by your wife with a broom, and having the "Guts" to ask: "Are you
still cleaning, or are you flying somewhere
BALLS - Is coming home late after a night out with the lads, smelling
of perfume and beer, lipstick on your collar, slapping your wife on
the bum and having the "Balls" to say: “You're next, Chubby”.
I trust this clears up any confusion.

Medically speaking, there is no difference in outcome; both are fatal.
Matt
Top

Researchers for Highways England found over 200 dead crows near the motorway network recently, and there was concern that they may have died from Avian Flu. A Bird Pathologist examined the remains of all the crows, and, to everyone's relief, confirmed the problem was definitely NOT Avian Flu. The cause of death appeared to be vehicular impacts.

However, during the detailed analysis it was noted that varying colours of paints appeared on the bird's beaks and claws. By analyzing these paint residues it was determined that 98% of the crows had been killed by impact with trucks, while only 2% were killed by an impact with a car.

Highways England then hired an Ornithological Behaviourist to determine if there was a cause for the disproportionate percentages of truck kills versus car kills.

The Ornithological Behaviourist very quickly concluded the cause: when crows eat road kill, they always have a look-out crow in a nearby tree to warn of impending danger.

The scientific conclusion was that while all the lookout crows could say "Cah", none could say "Truck"!
Top

Paddy has a bad back and is always whinging to his mate Mick who is fed up with his moaning.
One day after one of Paddy’s rants, Mick says to Paddy that he thinks Paddy is just a moaner and tells him that a friend of his had his throat slit and both legs amputated but that he didn’t make a song and dance about it.

Thanks for your jokes and comments Boss, Phil and Bill.

Tyrone' s 1st day in the first grade he comes home crying.
When his mother ask why he replays.
"The teacher told us to say our ABC' s, and all the little white boys could say them and I could only get to e why is that."

Mom says "cause u black and they white."
Next day Tyrone is crying again.
"What's wrong today Tyrone" his mother ask.
Tyrone said, "the teacher told us to count to 100 and all the little white boys did but I could only get to 10 why is that."

A woman places an ad in the local newspaper. “Looking for a man with three qualifications: won’t beat me up, won’t run away from me, and is great in bed.” Two days later her doorbell rings. “Hi, I’m Tim. I have no arms so I won’t beat you, and no legs so I won't run away.” “What makes you think you are great in bed?” the woman retorts. Tim replies, “I rang the doorbell, didn’t I?”

A teacher asks the children to discuss what their fathers do for a living.
Little Mary says: "My Dad is a lawyer.
He puts the bad guys in jail."
Little Jack says: "My Dad is a doctor.
He makes all the sick people better."
All the kids in the class had their turn except Little Johnny.
Teacher says: "Johnny, what does your Dad do?"
Johnny says: "My Dad is dead."
"I'm sorry to hear that, but what did he do before he died?"

"He turned blue and pooped on the carpet."

I was at my bank today waiting in a short line. There was just one lady in front of me, an Asian lady, who was trying to exchange yen for dollars. It was obvious she was a little irritated. She asked the teller, "Why it change? Yesterday, I get two hunat dolla of yen. Today I only get hunat eighty? Why it change?" The teller shrugged his shoulders and said, "Fluctuations." The Asian lady says, "Fluc you, white people, too!"

Paddy and Mick are on holiday in South Africa, they are sitting by the riverbank. When suddenly a crocodile swims past them with a blokes head in it’s mouth.
Jaysus Paddy, did you see that fella?


I did Mick and the flash barsteward got a LaCoste sleeping bag.