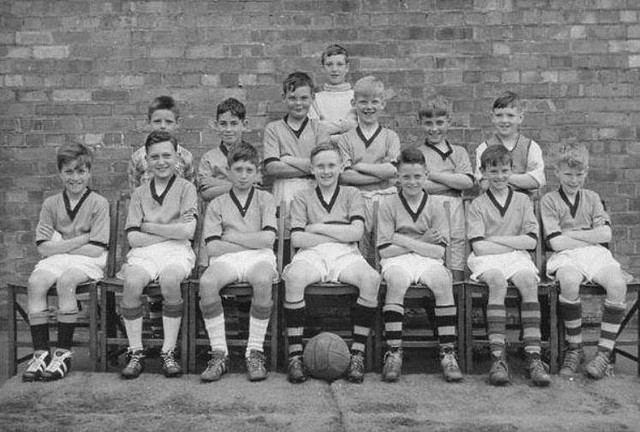 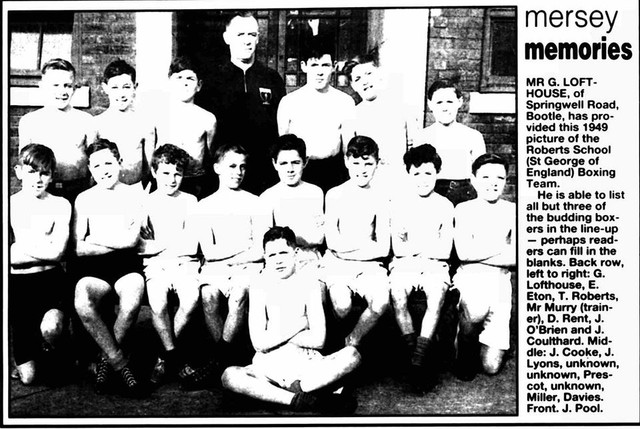 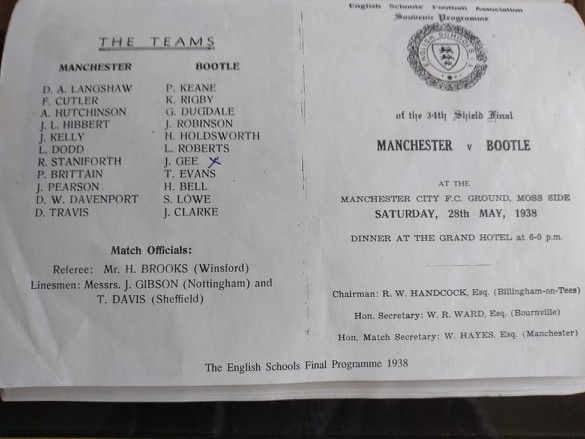 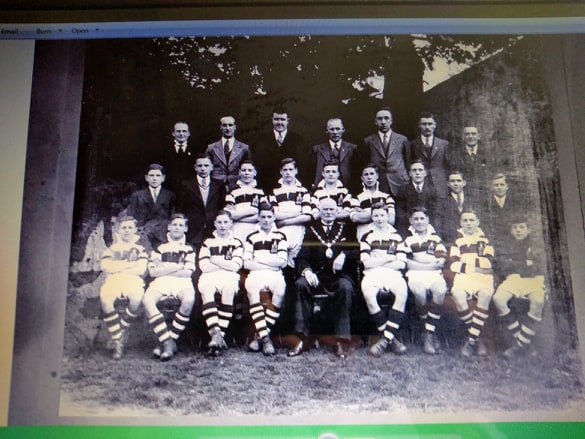 Reunion of some players 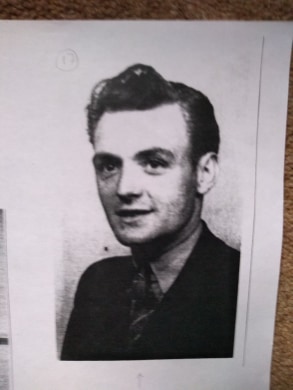 Next we will look at Jimmy Gee ex Liverpool player Jiimmy Gee when he left lpool reserves he went on to play for Phwfelly Bangor Colwyn Bay and Irland Distillery then in the later.years he was referring for teams in Bootle
Top 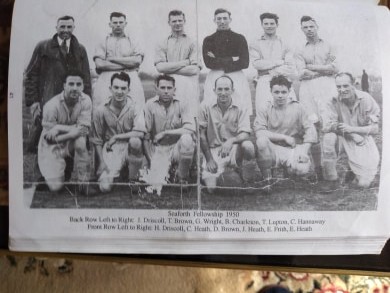 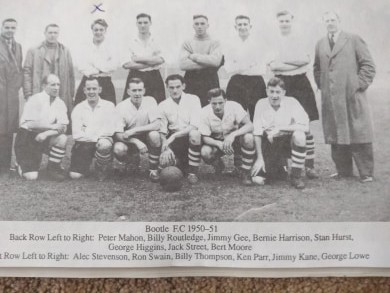 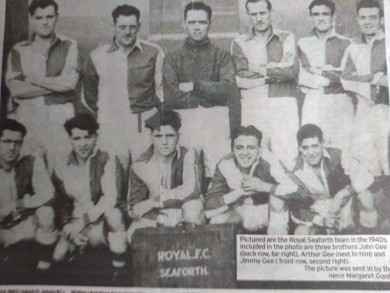 hi bob b, in the picture of royal fc not only is jimmy 2nd from right bottom row but also his brother john far right back row and next to him is another brother arther. regards billy.
Last edited by bob. b on Sun Aug 18, 2019 8:46 am, edited 1 time in total.
Top 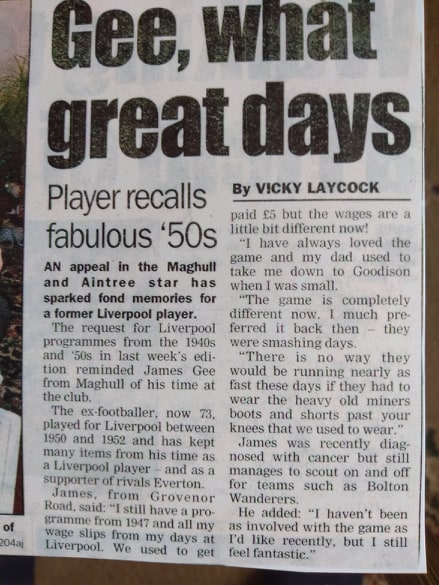 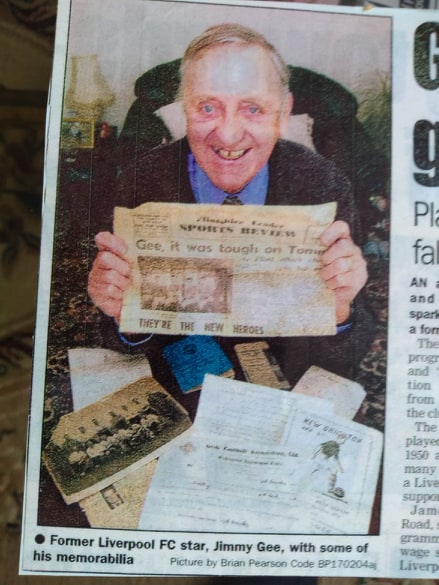 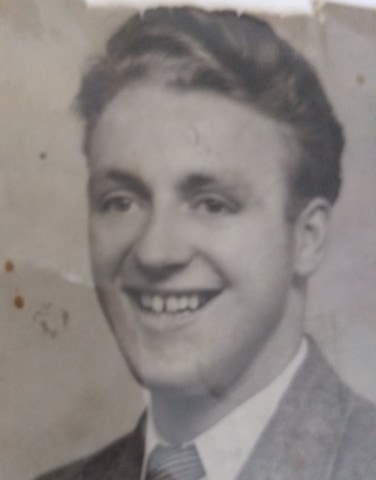 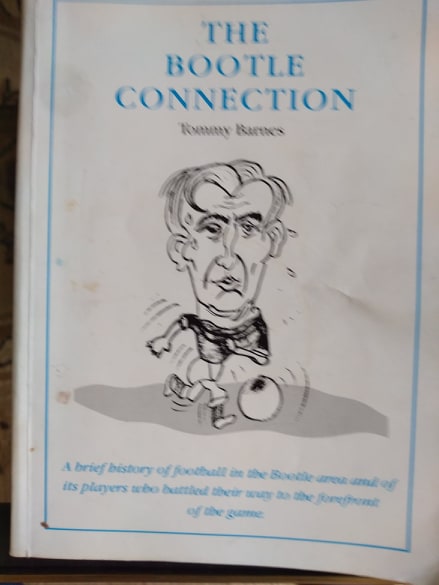 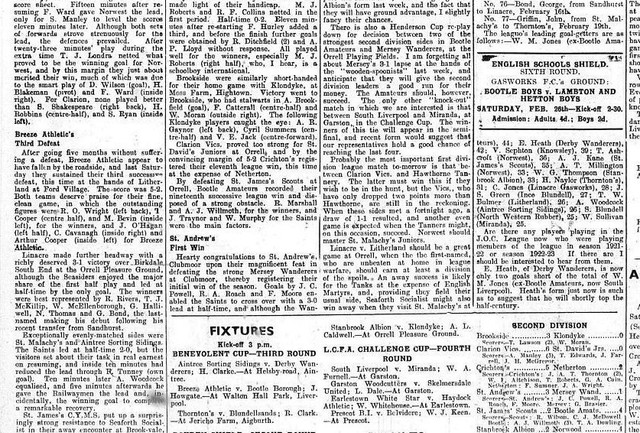 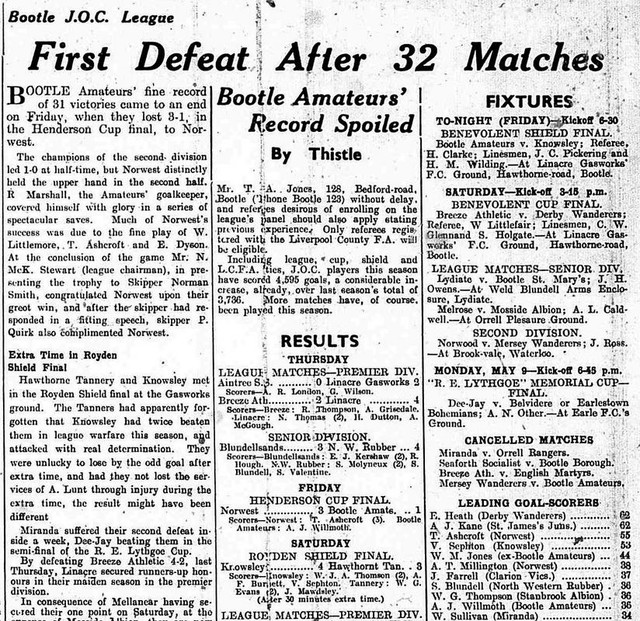 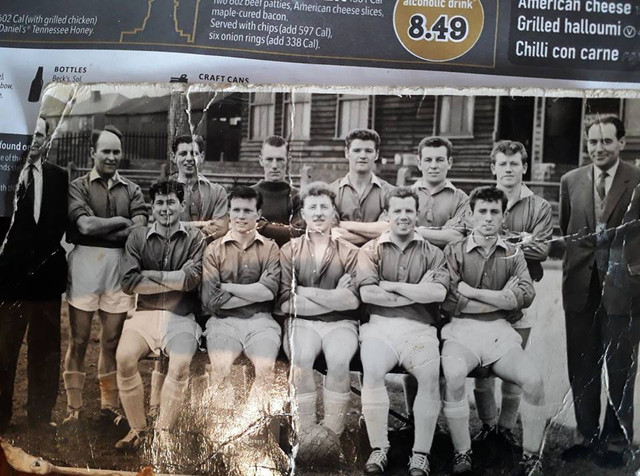 Blackledgers Derby rd footy team my mum and dad worked there and my uncle John C`connor is back row 3rd from right can't remember other names x — with Jack Taaf.
Recognize Roy Shaw on the end he gave me away when I got married as my dad had passed away a few months before he also worked for Blackledgers as a delivery driver
Top

Bob,in the Manchester v Bootle schools program, would you know if G. Dugdale was the Gordon Dugdale who went on to play for Everton & Burnley?

Not too sure Bill but will check-up
Top

Bill yes he did think its the same chap wili do some more digging.
That how l find more lads from Bootle who played for Everton and Liverpool. 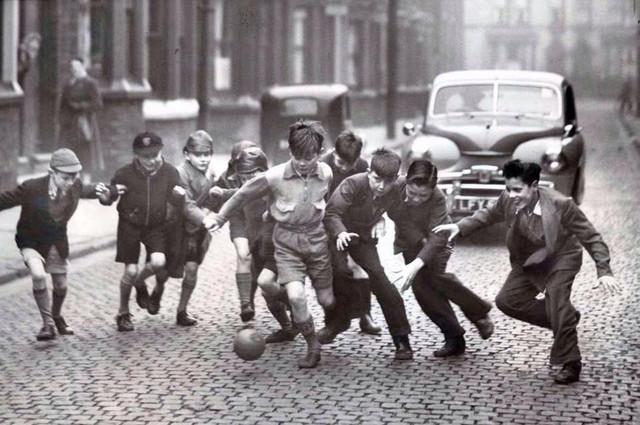 Where it all started
Top

hi bob b, in the picture of royal fc not only is jimmy 2nd from right bottom row but also his brother john far right back row and next to him is another brother arther. regards billy.
Top 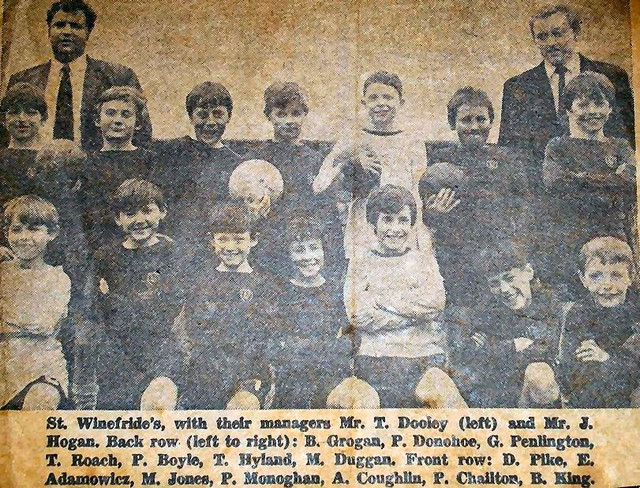 Will post this later a mate of mine was going to give me a football medal well well 9 carrot gold 1900s football team
Said, you need to keep it safe.
Regards Bobby
Sent them to my brother
Last edited by bob. b on Fri Aug 23, 2019 4:37 pm, edited 1 time in total.
Top

Well a mate of mine looking for information will post later
Bobhamo will help me with this.
Got the picture of the medal cup final 1919
Who is the team and who is the player
Love this will post the medal later
Bobby
Top

You’re doing a great job Bobby, much appreciated. Some great memories there.

Thanks, Ken love this site Bootle JOC went for a walkabout in Bootle with my big brother met loads of lads talking about this football site all them memories made up l have started this.
Big thanks to everyone for your input got loads more to put on.
Wish Dan was still with us, miss his input from Bootle times articles on Bootle JOC and all the lads reading them having a pint all our yesterdays? 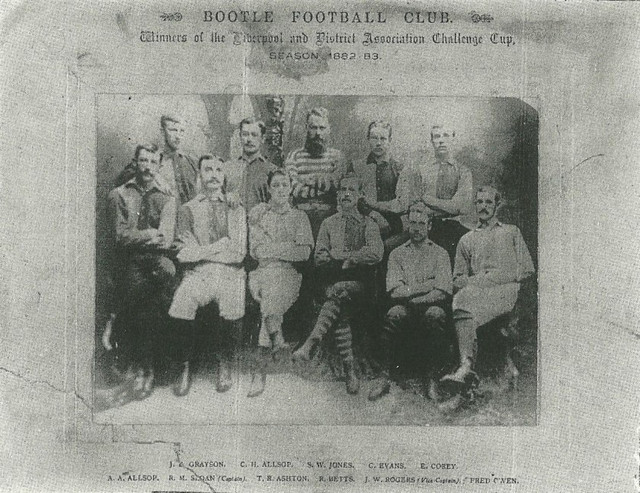 Hawthorne Road was originally a cricket ground, but began to be used for football in 1884 when Bootle F.C. moved to the site. At the time the only spectator facility was a cricket pavilion on the east side of the ground, with football being played at the southern end of the site. In 1889 the football club opened a seated stand behind the western goal and a covered stand flanked by two open terraces on the southern touchline.[1] The ground's record attendance was set on 26 December 1889 when 20,000 saw Bootle play Everton in a friendly match.[1]

Bootle joined the Football Alliance in 1889, and in 1892 were elected into the Second Division of the Football League. The first League match played at the ground on 10 September 1892 saw Bootle beat Sheffield United 2–0 in front of 4,000 spectators. However, crowds rapidly dwindled and dropped below 1,000 by December. Although Bootle finishing eighth in the Second Division, financial constraints forced them to resign from the league, with Liverpool elected to replace them. The last Football League match was played at Hawthorne Road on 15 April 1893, with 2,000 watching Bootle beat Lincoln City 4–1.[
They played at Hawthorn Road
Any family members
Last edited by bob. b on Fri Aug 30, 2019 7:34 am, edited 2 times in total.
Top 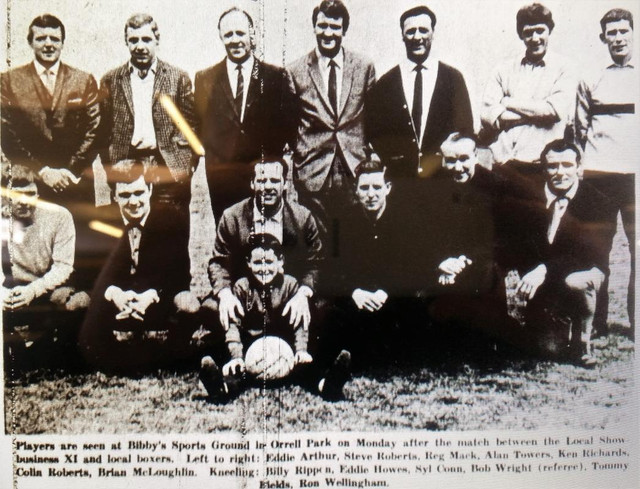 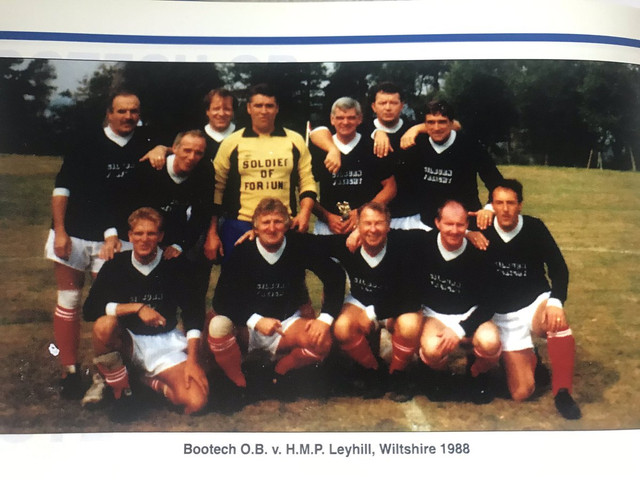 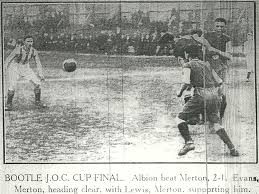