Has anyone ever heard of there being a prison in Bootle which closed when Walton opened? Not Kirkdale as that stayed open for while afterwards.
Top

Yes Fiona i have, my mate lives there,(no names)he knows who he his, thats why we call him the Olympic touch.

I will have a look, but I don't think there was a prison as such in Bootle, I think they took people to the police station in Oriel Road (Town Hall)

Here is some info on Walton Prison for now.

There was a Bootle Police Court, I found them in old newspapers I have access to (online).

I am trying to find out where it was, because The Town Hall wasn't built until 1882 and some of the records I have found for the police courts are for 1877 or earlier.

I will do a bit more digging.

There is a picture of a police building in one of Peter Wooley's books. I remember it had two entrances, Police and public and there was a Policeman standing outside. I think it was somewhere Derby Road/docklands way. I'll try and have a look later.
Top

There was a police station/bridewell (Esk St) on Derby Road next to the Alhambra pub, opposite Borthwicks Cold Stores. All the above were demolished years ago.

The police station was just over the boundary on the Liverpool side.

I had a look in the old newspapers and could only find Bootle Gaol (old name for prison) in 1880, here are the newspaper clippings.

What a sad story,

The name of the little girl in the newspaper was wrong, her name was Catherine Kierman.

hiya fiona,I think there must have been a bootle gaol somewhere as james joyce refers to it in "ulysses",he was well known for researching his books meticulously and I dont think he would missed that one,all the best ,bill
bill
Top

There were a number of small police station gaols, dotted around Bootle in the 1877-1900
The Police Station and Court was in Strand Road, near to the Dock Road


The earliest was at Summer seat in the days when Bootle was policed by Lancashire Countypolice.


Another was in Mann Street, where two terraced houses were knocked into one to make a Bridewell with two cells.


There was a sub station in Chaucer Street. I do not know if there were any cells in it.

What interesting information, I would like to know more, as I used to live in Mann St until the houses were demolished. Is there anywhere you know of I could get more info please
Top

On the Boston St thread Bobhamo posts an old map, it shows a police station located at the rear of the fire station on Strand Rd, (situated on Pacific Rd). JJC.
Top

No. 1 Mann Steet was used as a Bridewell it was opened in 1898
This information is in a Book on the History of Bootle. Sorry do
not know the name.
Top

Oh that Bridewell is one cold nasty place at xmas

Wasn't there a bridewell on westminster Rd.....???
Peter
Top

whacker66 wrote:Wasn't there a bridewell on westminster Rd.....???

That was Liverpool's first prison, when they built Walton they marched all the prisoners from Westminster Road along Southport Road to Hornby Road.

Never heard of a goal, but the police courts I believe were incorporated in the police station, which stood in Strand road, between Derby road and Regent road. The building was there until a few years ago.. incidentally the remaining building in that part of Strand road, opposite the Harland and Wolf Foundry is the original fire station.
Top

Summer Seat, mentioned above, in 2014. Strand Road is in the distance.

It must have been a bustling place 150 years ago. 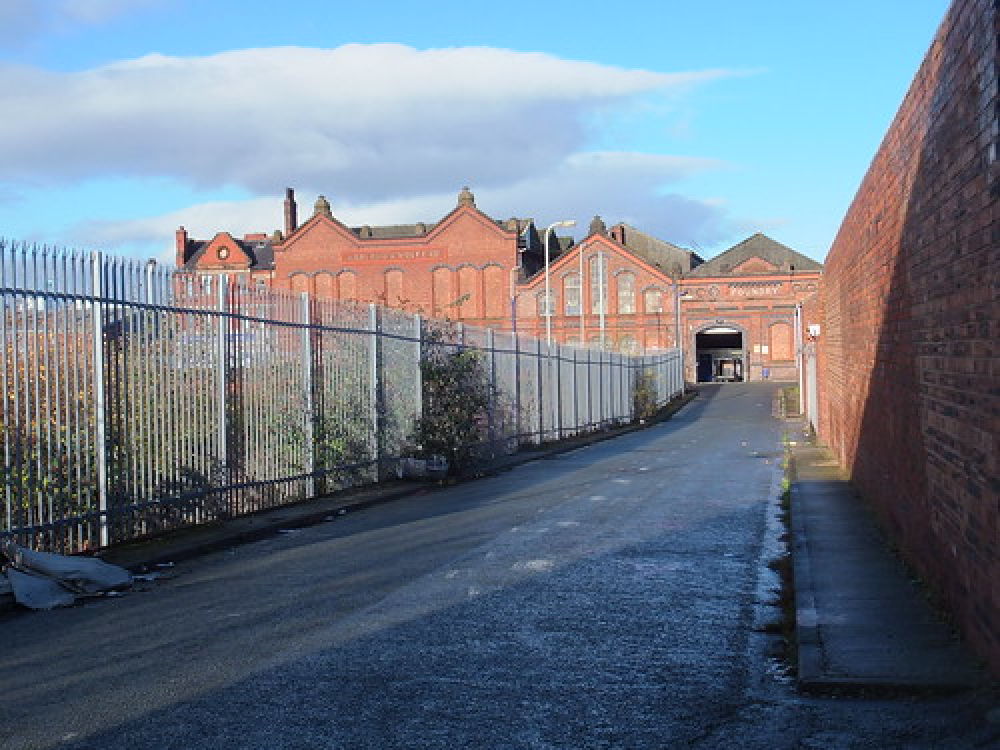 In Kelly's 1894 Directory the only reference to "Summerseat" is;

From the same source; 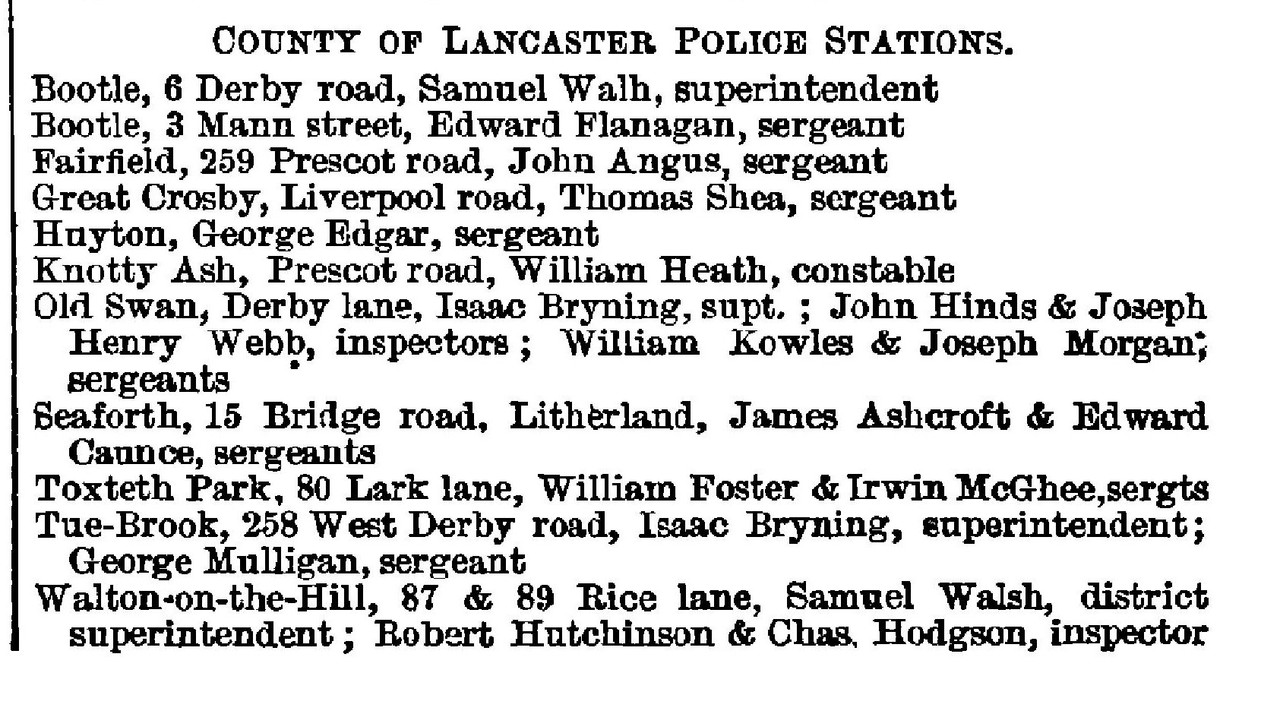 Bob, if you look closely you can make out Strand Road in 1881.

The site of the Fire Station is still the field Bootle Cricket Club used at its inception.

Markers to look for: Coffee House Bridge(in the centre) the bend of the canal, Linacre Gas Works, and St Mary's.

Part of Tommy Howard's engraving to commemorate the opening of the Alexandra Dock in 1881. 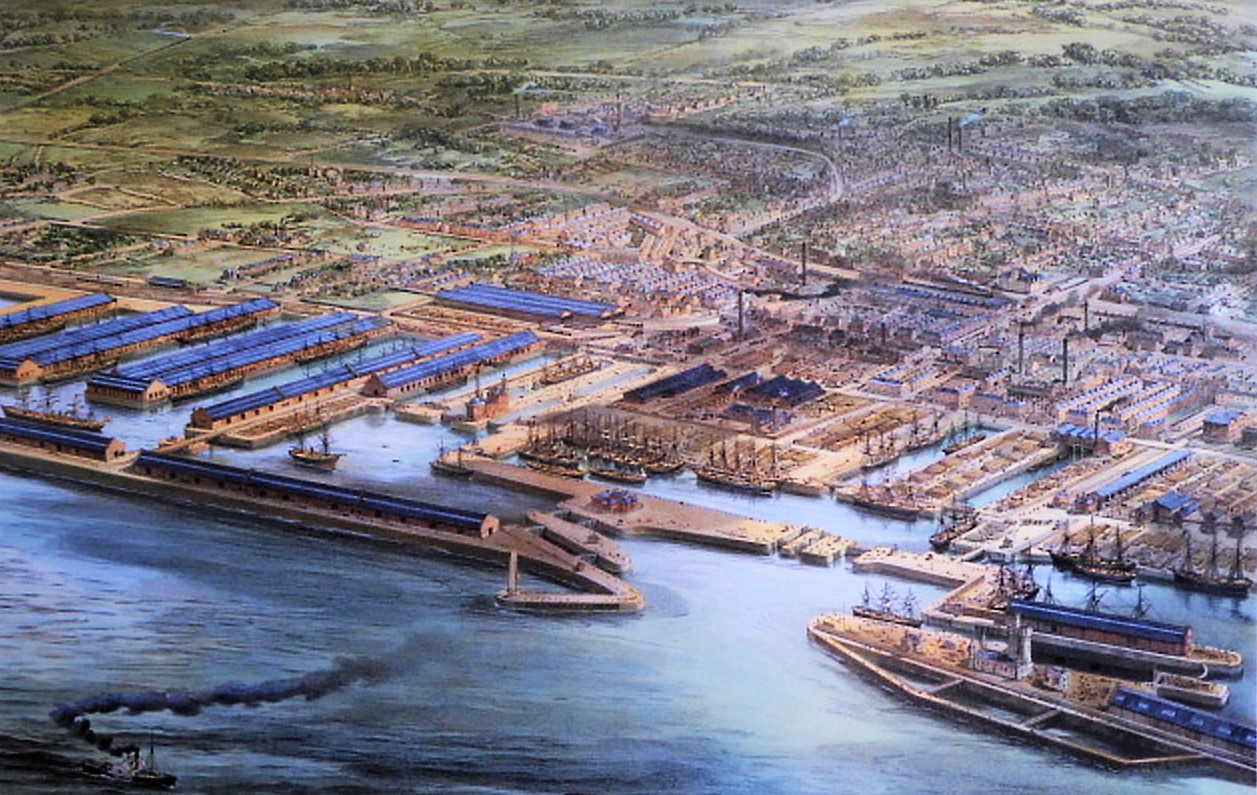 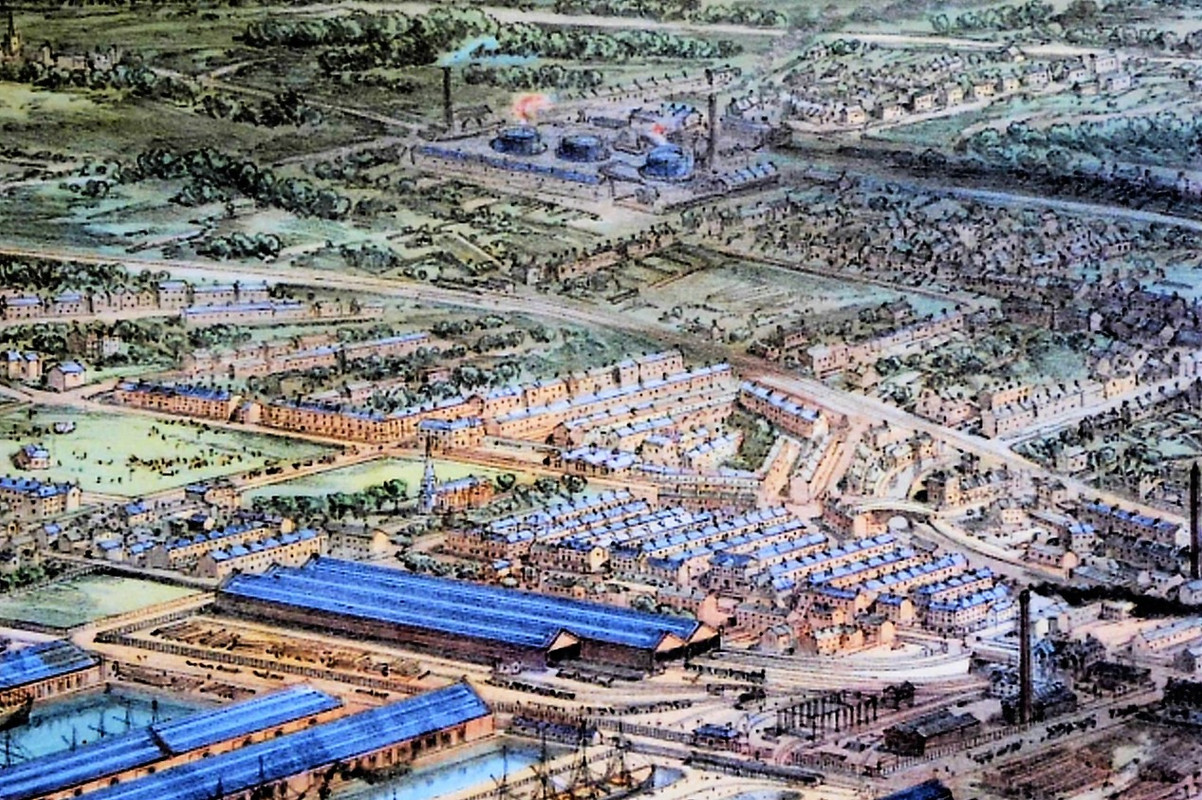