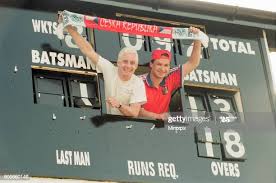 Paul played in the JOC
Top 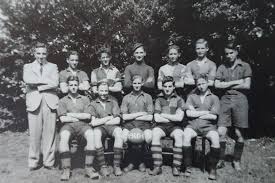 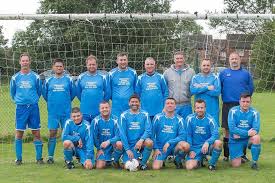 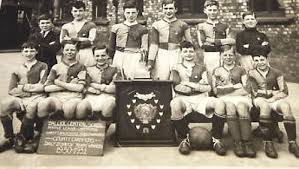 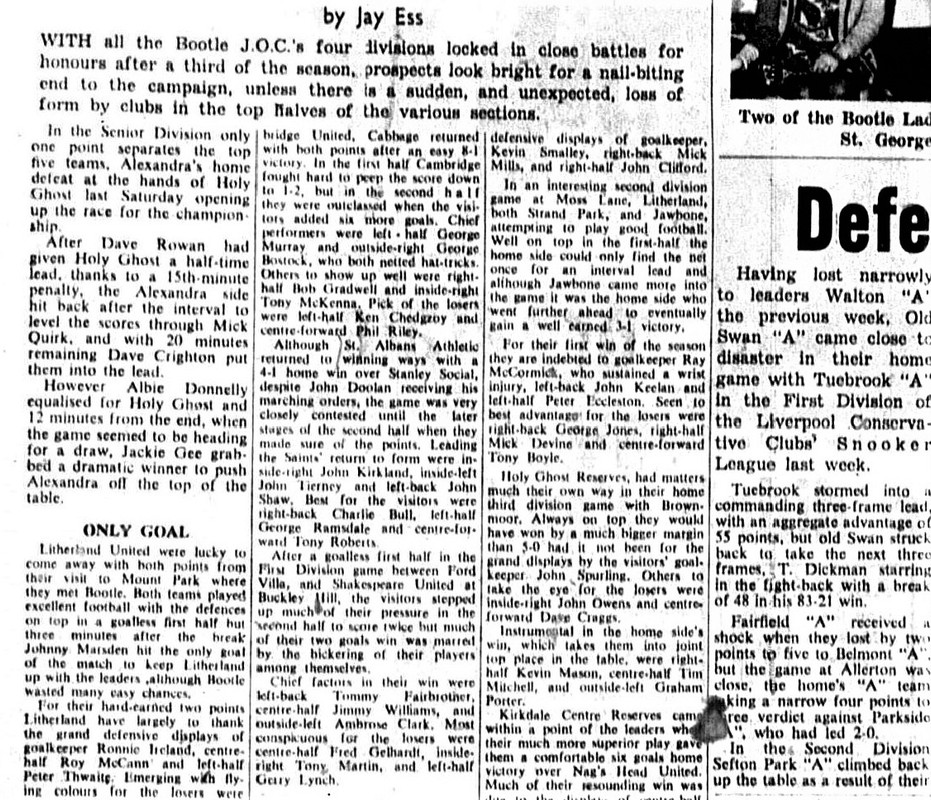 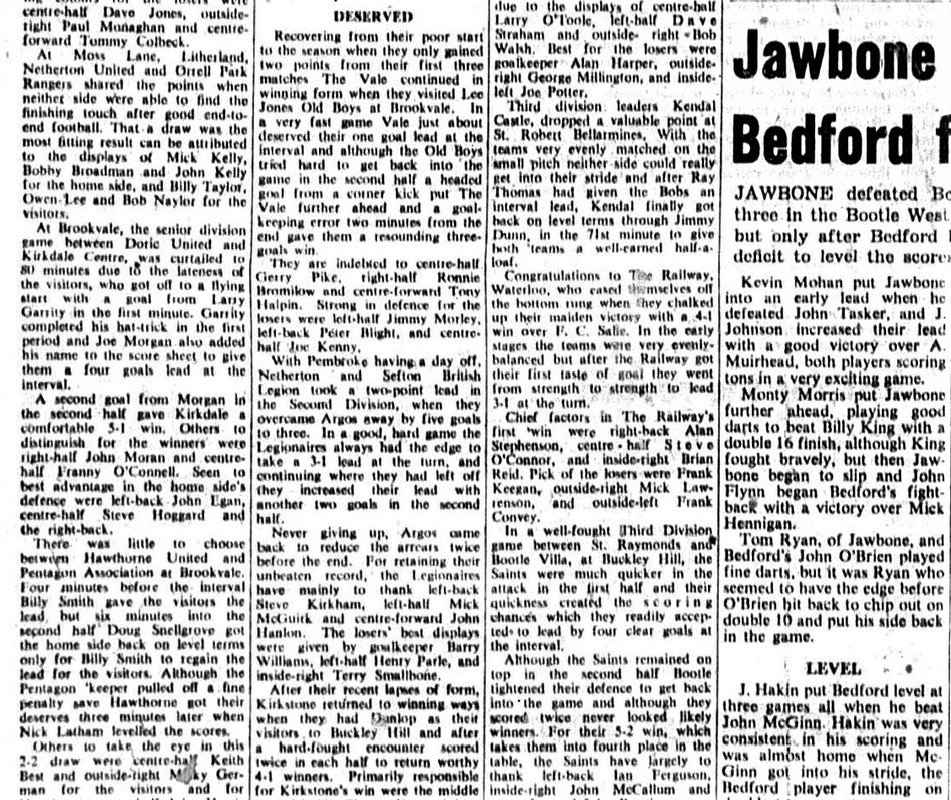 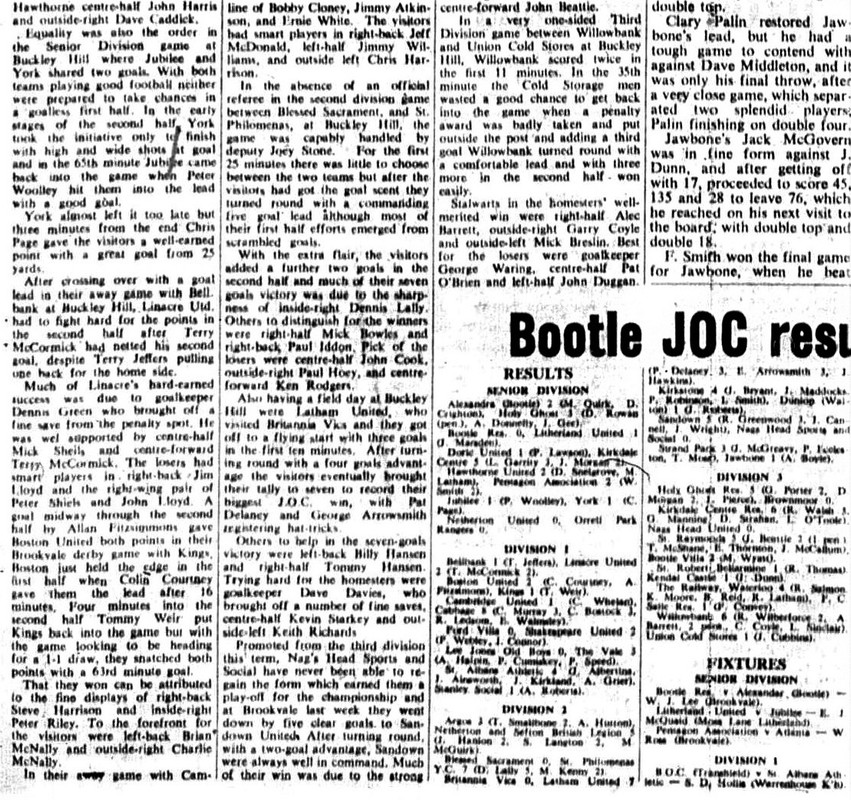 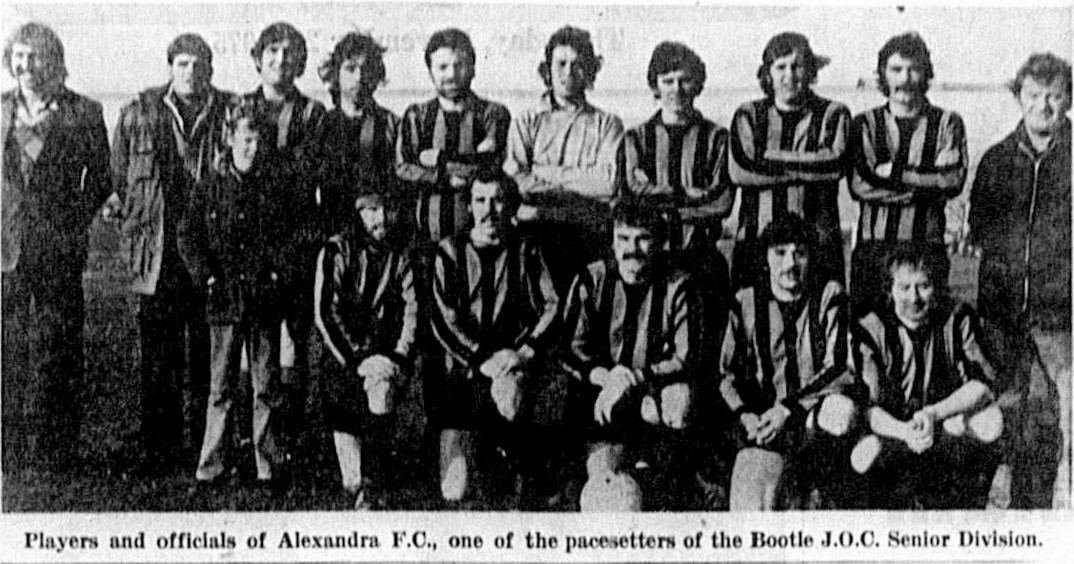 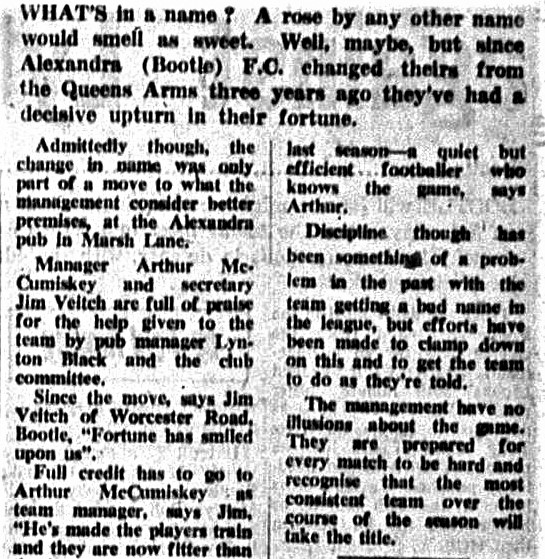 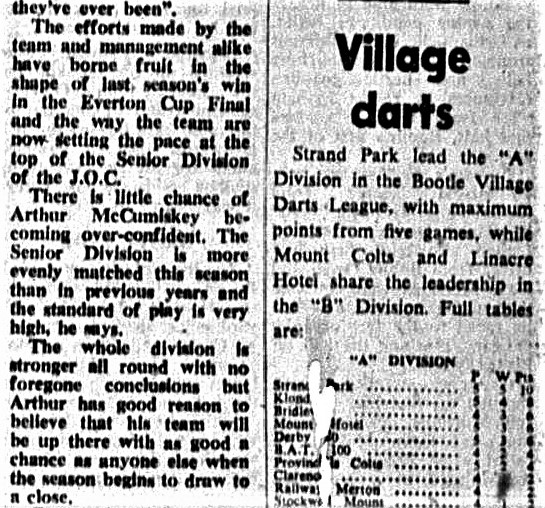 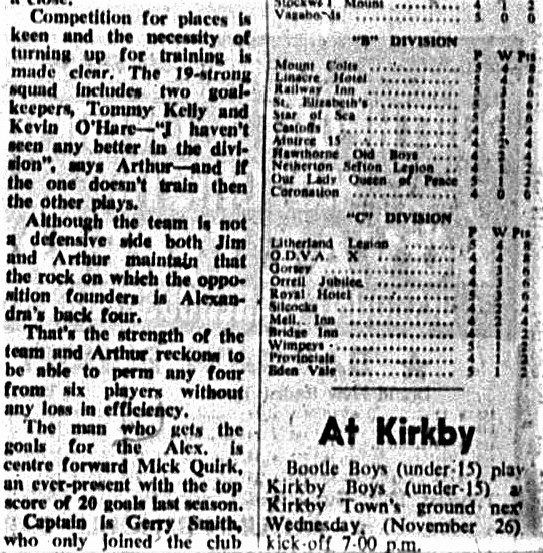 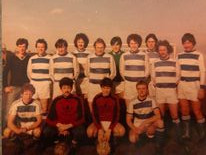 a long shot this one but is there anybody on here who played for bensons when they won the div 1 championship in 1956 , unlikely i know as they would be in their mid 80s now but you never know , maybe someone whose dad played that year
Top 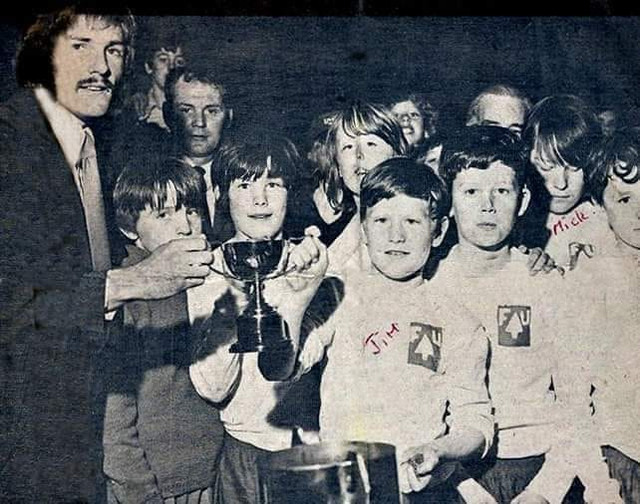 Paul played in the JOC

That's taken in Bootle Cricket Club's scoreboard back in June 1996 during the "Euro 96" Football tournament & was even featured in The Bootle Times.(!!)

It was a stunning victory for the Czechs over Italy that night & Boy did we Party....!!

That's me with one of the Czech guys in the scoreboard.......hence Czech Republic scarf.

We cobbled a friendly cricket match up on the following Sunday at Bootle CC with my mates at the cricket club & the Czechs, even "Two's a Crowd" (Phil Jones & Alex McKechnie) played adding a touch of "Show Biz" to the proceedings.

We then adjourned to "The Old Bill" pub in Westminister Rd to watch their gig & drank copious amounts of amber nectar whilst back slapping each other & commenting about how wonderful everything is....blah blah.....you get my drift. 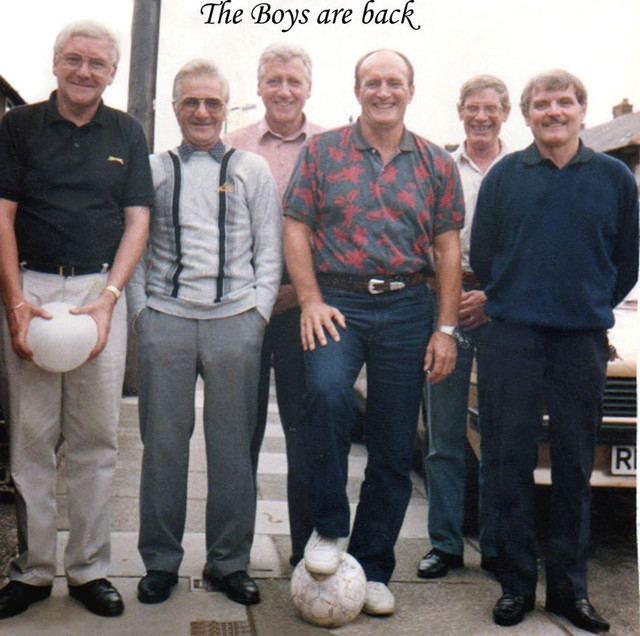 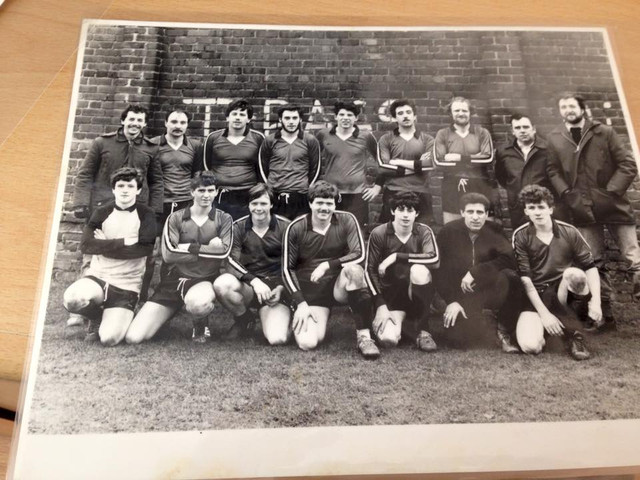 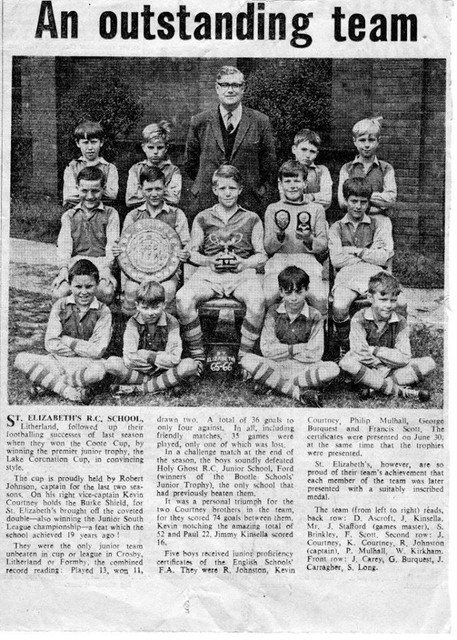 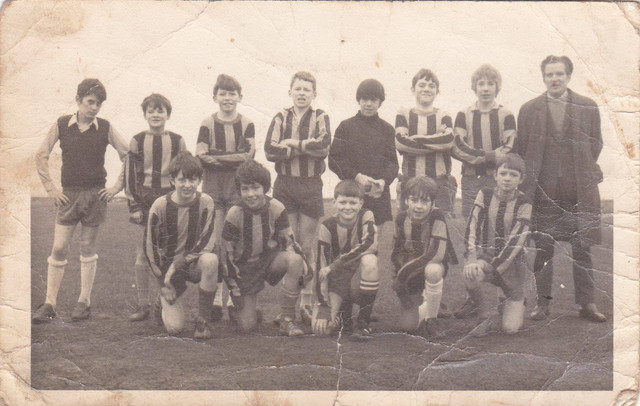 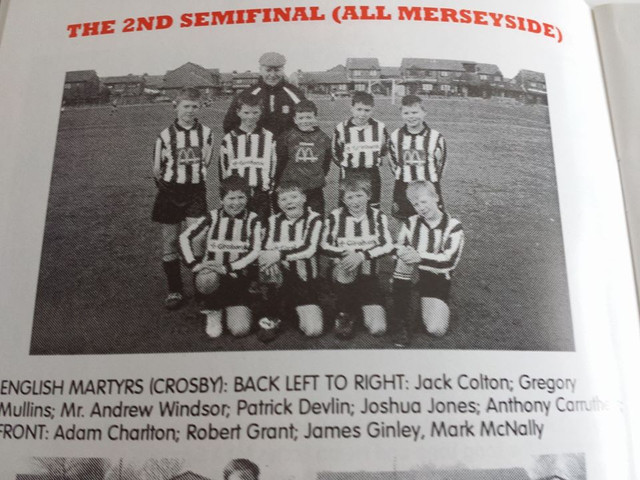 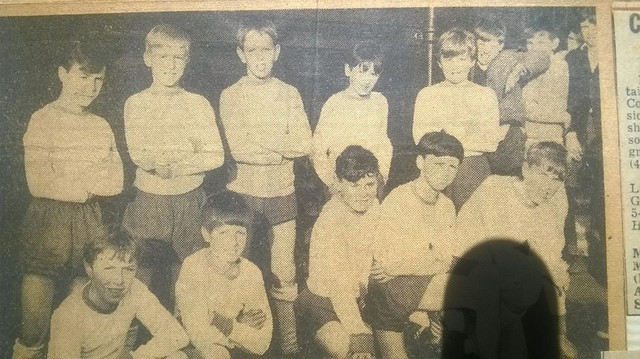 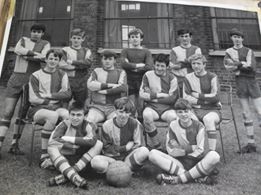 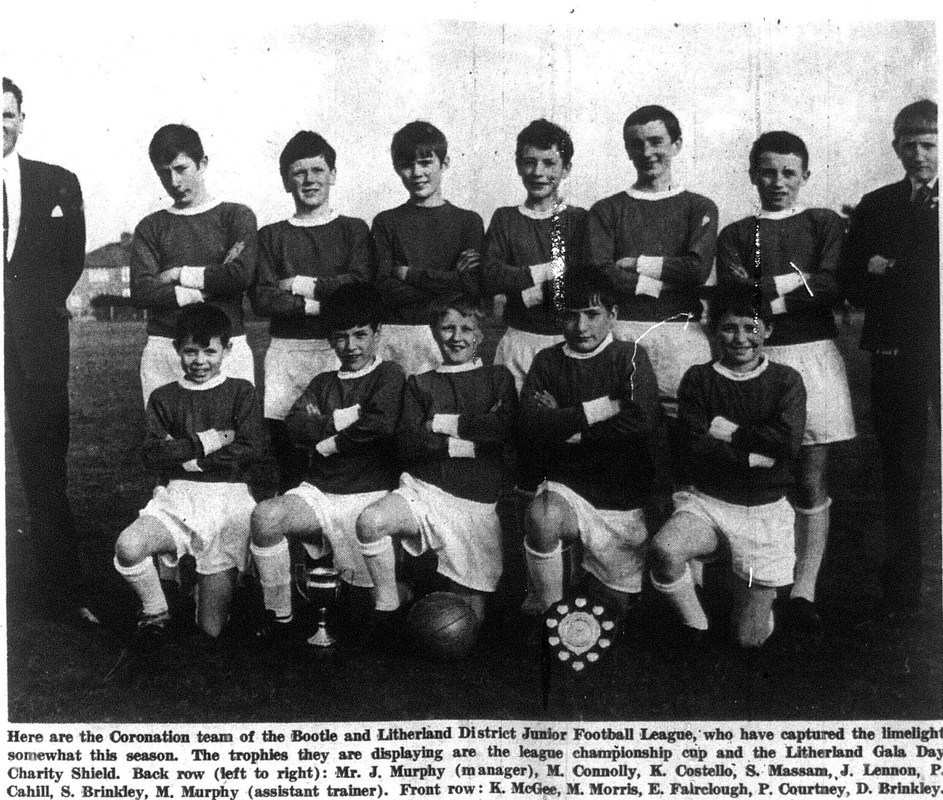 St Joan of Arc juniors. A lot of them played in the JOC
Top
Post Reply
4187 posts